A New Poem by Srikanth Reddy

What words for the disturbing nightmare-reality that Srikanth Reddy’s new poem conjures? The Egyptian Book of the Dead can be rehearsed in the mouths of some until it sounds like a lullaby, part of the large unconscious of world mythical thought from antiquity. In this updated version, the intrusion of a few key, eerily banal words into litany heightens the lyric’s absolute terror. This is the world of War on Terror, state detention facilities, waterboarding, of “detainees,” security officials, medical facilities, prisons, hospitals, childcare, robots and bureaucratic globalism. To summon these 21st century images yet remain anchored, at least in part, in spiritual time is to remember the originary modern history that triangulates Europe (“Lichtenstein”), Africa (“Gambian”) and America (“FedEx”): namely, the Middle Passage. One thinks of Édouard Glissant, since Reddy’s poetics of collapsed time also signal how, as Glissant writes, “Thought draws the imaginary of the past: a knowledge becoming.” This is essential, harrowing poetry.

The first hour of the night breaks down the front door in
broad daylight.

The second hour of the night duct tapes a FedEx envelope
over a detainee’s head.

The third hour of the night is transferred to the custody of
Gambian security officials on a river barge towed by
jackals.

The fourth hour of the night subjects the moon to a mock
execution with power tools.

The fifth hour of the night remains classified.

The sixth hour of the night paces the ocean floor in a super-
absorbent diaper.

The seventh hour of the night denies the existence of prison
ships manned by robotic scarabs.

The eighth hour of the night establishes an interagency task
force on sleep.

The ninth hour of the night’s wife and daughter disappear
while crossing the border into Lichtenstein.

The tenth hour of the night refuses treatment.

The eleventh hour of the night receives $10.5 million in
compensation for pain and suffering and a formal apology
from the gods.

The twelfth hour of the night signs a full confession linking
itself to the first.

Srikanth Reddy is the author of two books of poetry—Facts for Visitors and Voyager (both published by the University of California Press)—as well as a scholarly study, Changing Subjects: Digressions in Modern American Poetry (Oxford University Press, 2012). He has written on contemporary poetry for various publications, including The New York Times, The New Republic, and Lana Turner. The recipient of fellowships and awards from the National Endowment for the Arts, the Creative Capital Foundation, and the Asian American Writers' Workshop, Reddy is an Associate Professor in English at the University of Chicago.
Share:

Announcing the Next Event in the Red Ink Series: Writing About Depression

The Radical Bookseller: We're Talking About the Wrong Pussy 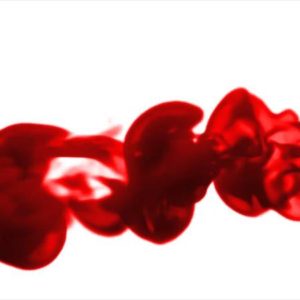 Announcing the Next Event in the Red Ink Series: Writing About Depression “He thought her beautiful, believed her impeccably wise; dreamed of her, wrote poems to her, which, ignoring the subject,...
© LitHub
Back to top