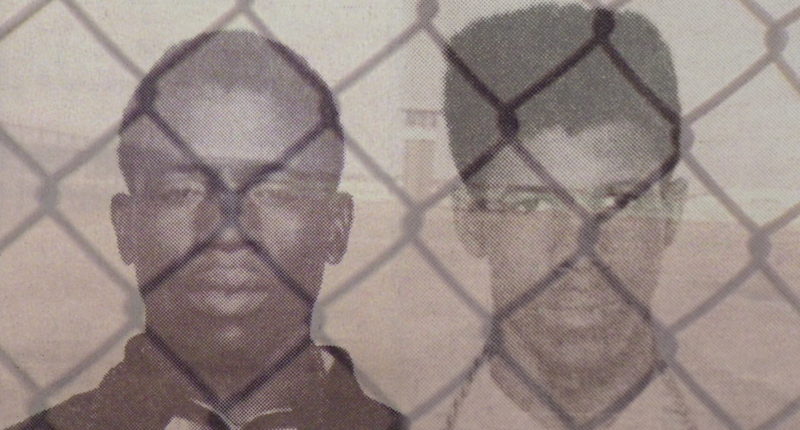 The True, Tragic Tale of the Angola Three

The following is from Panthers in the Hole, by Bruno and David Cénou, a graphic history of the lives of Albert Woodfox, Robert Hillary King, and Herman Wallace, who unjustly spent decades in solitary confinement at Angola Penitentiary in Louisiana. Translated from the French by Olivia Taylor Smith, the book is forthcoming (July) from Phoneme Media. 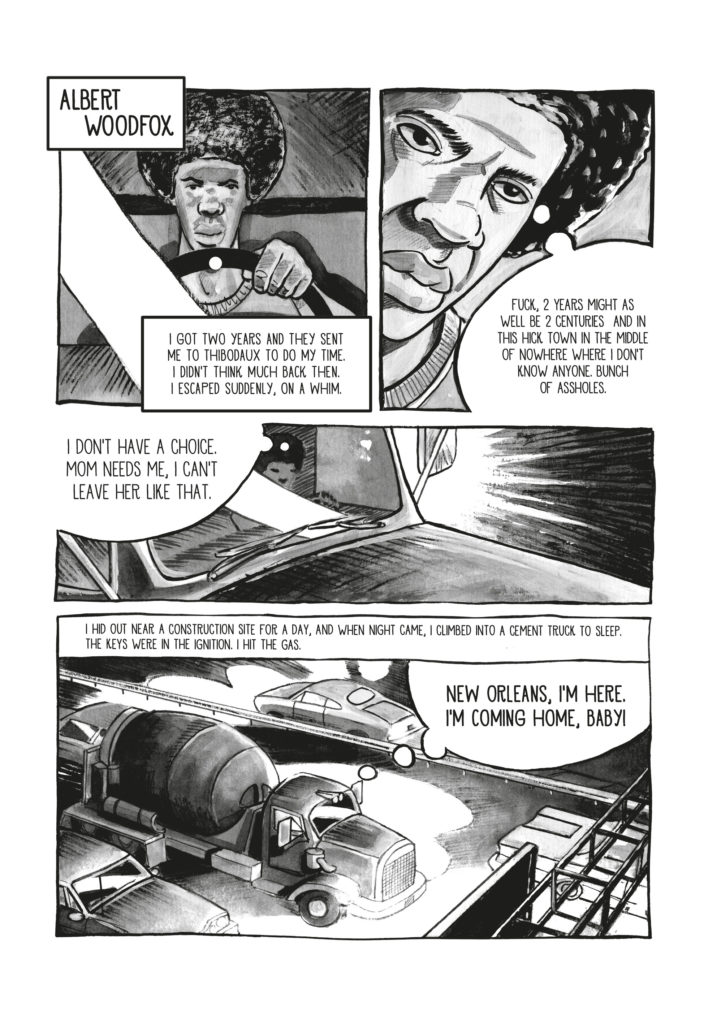 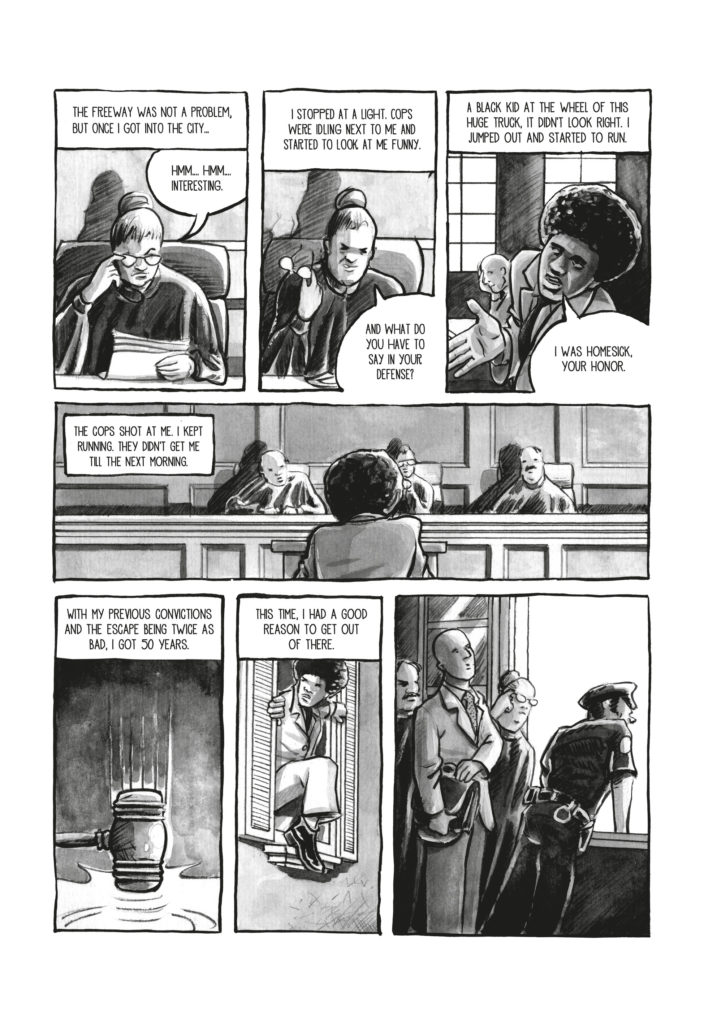 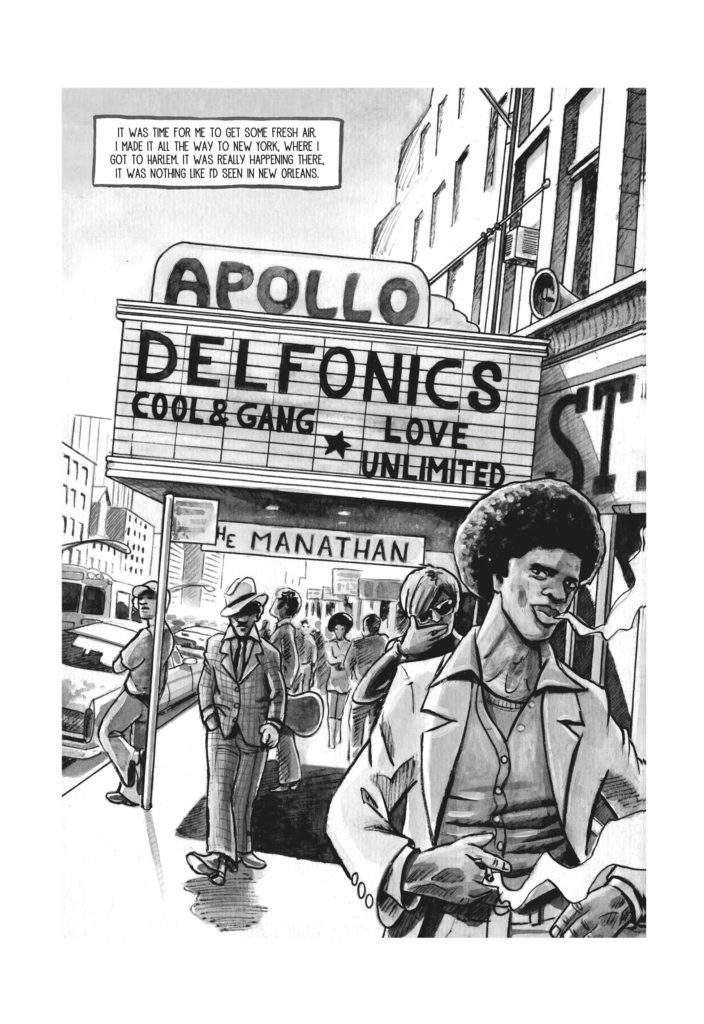 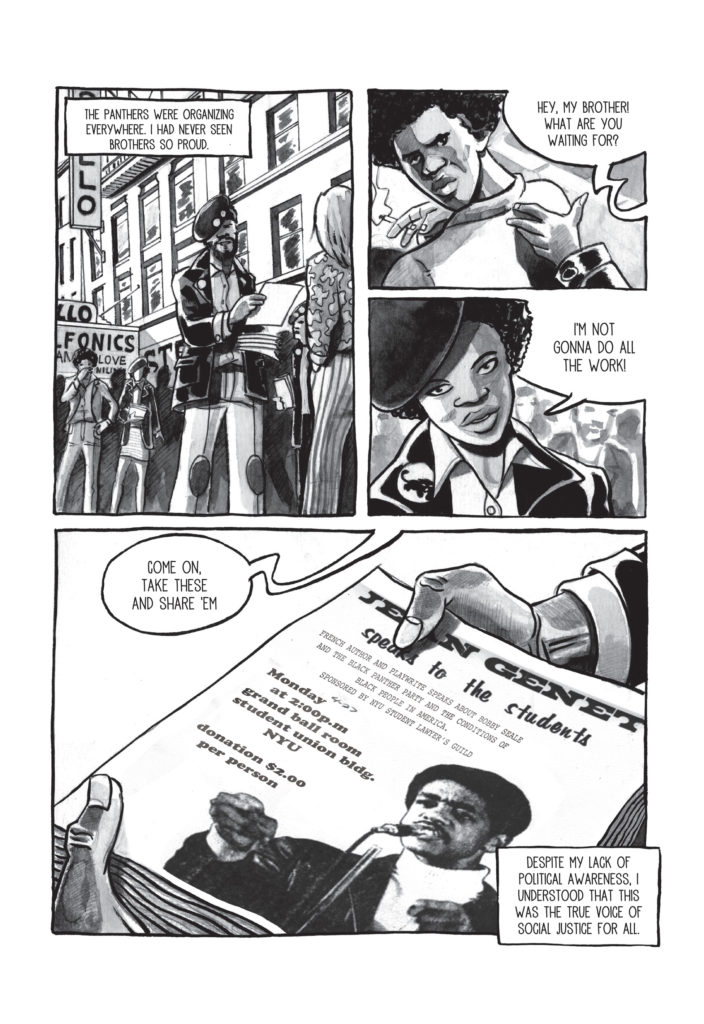 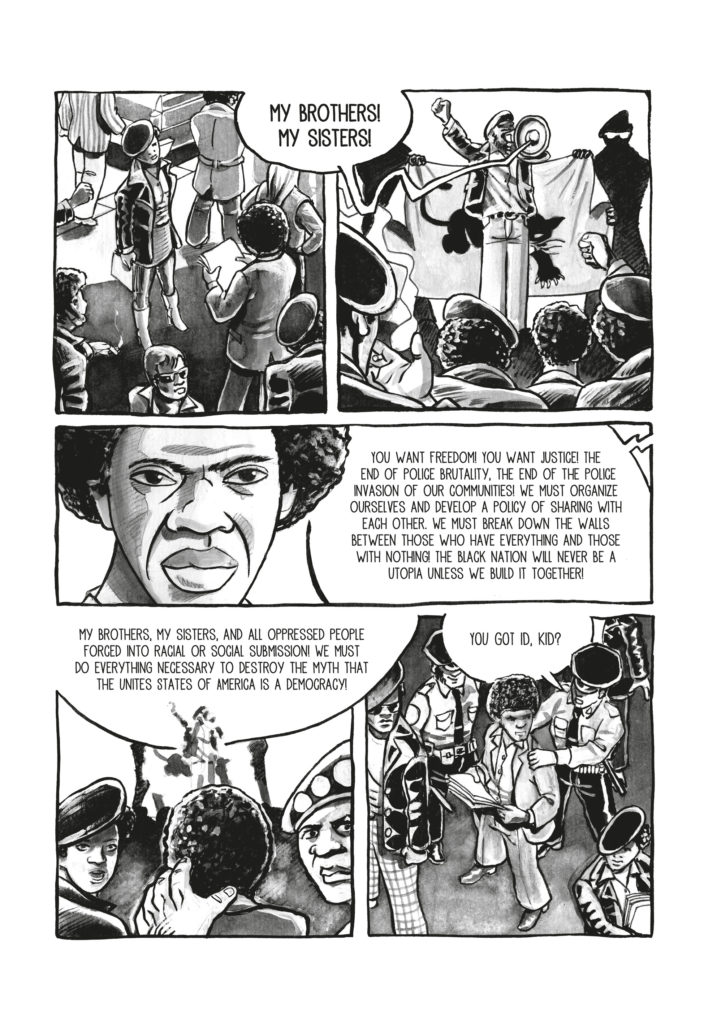 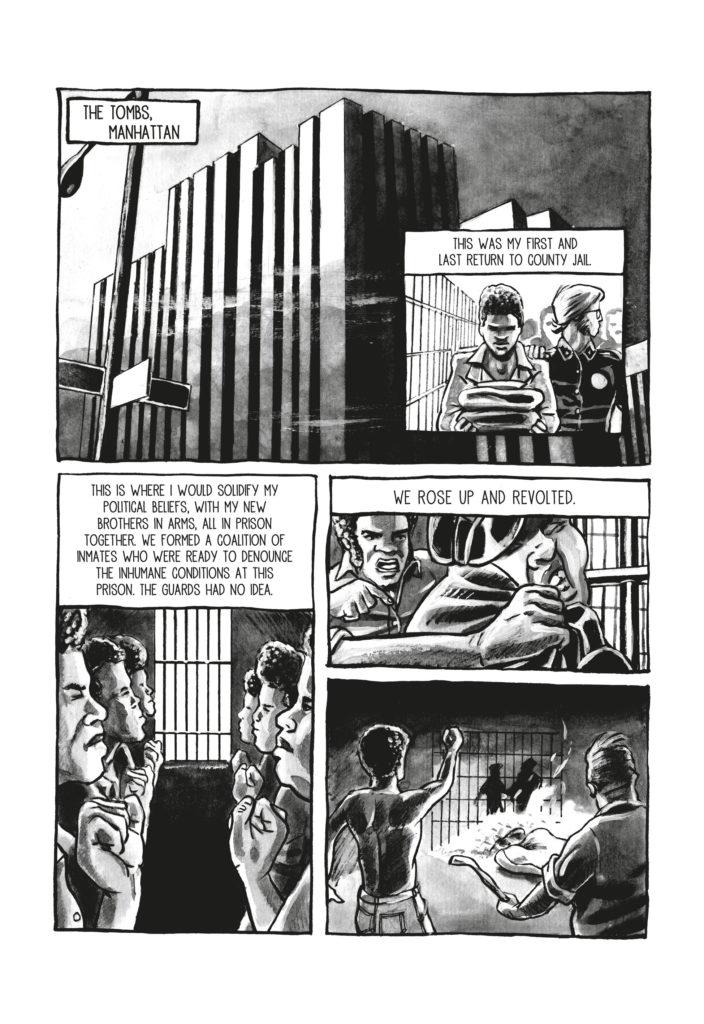 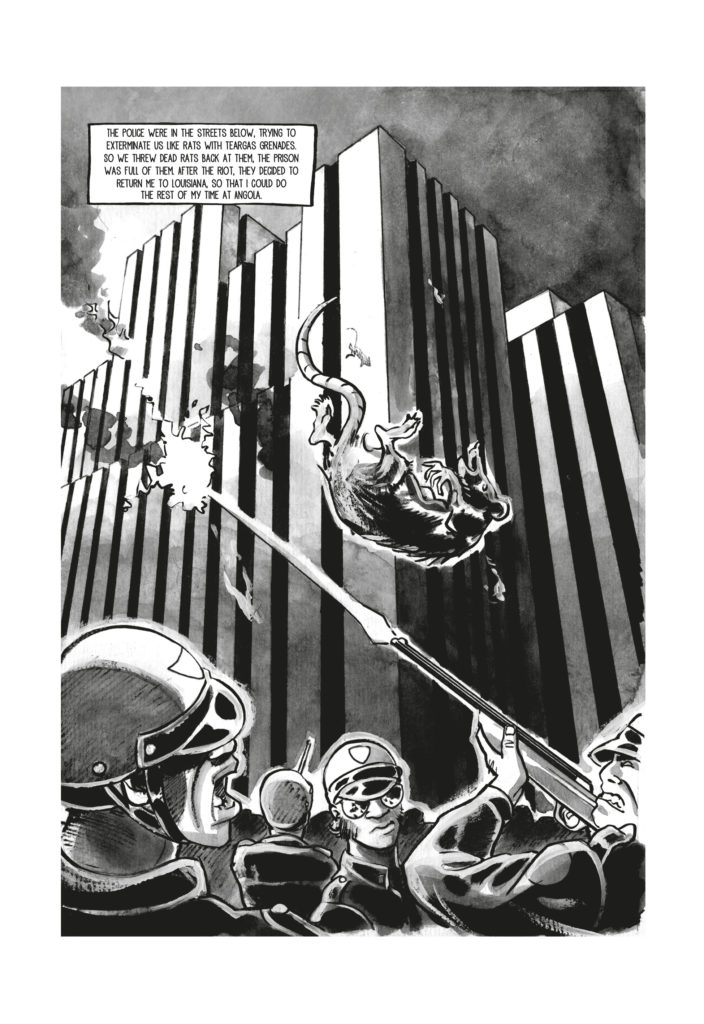 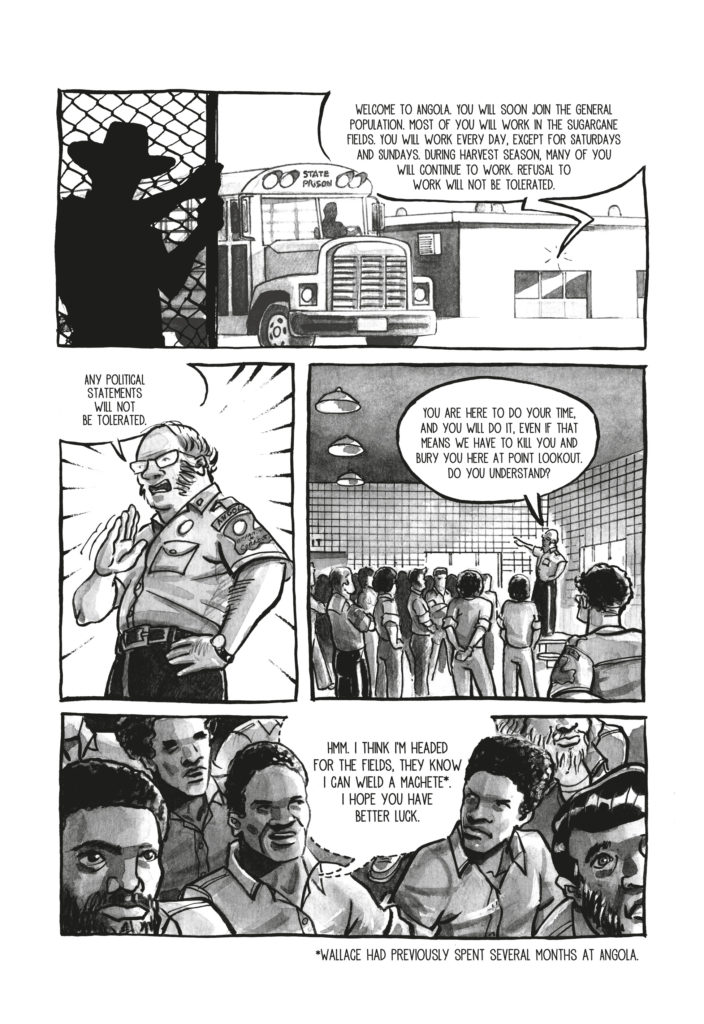 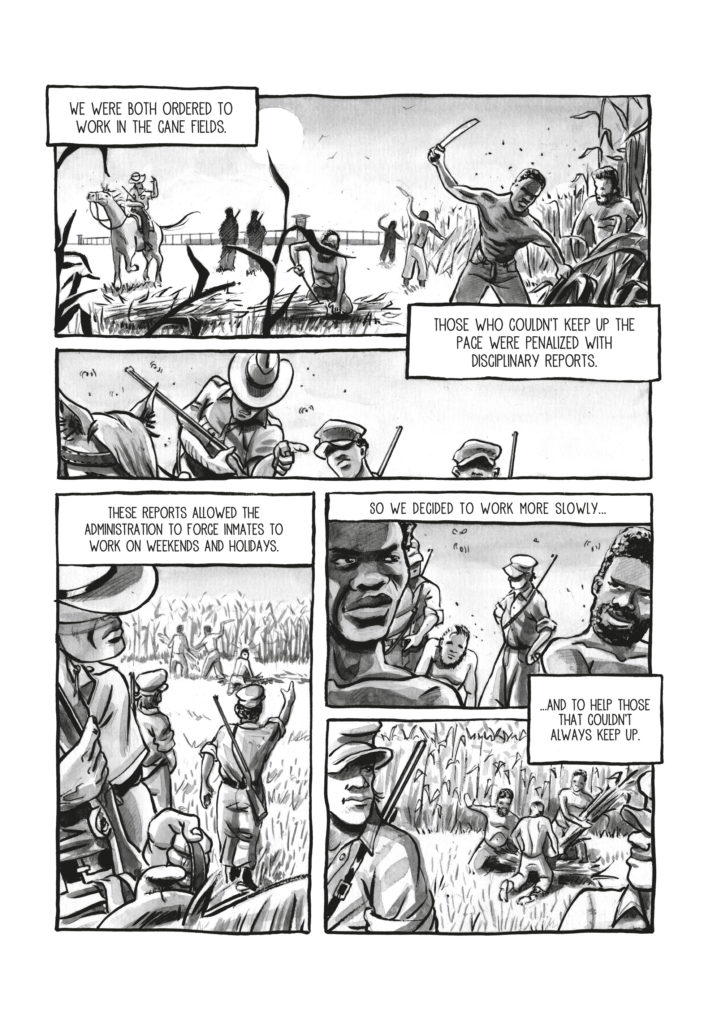 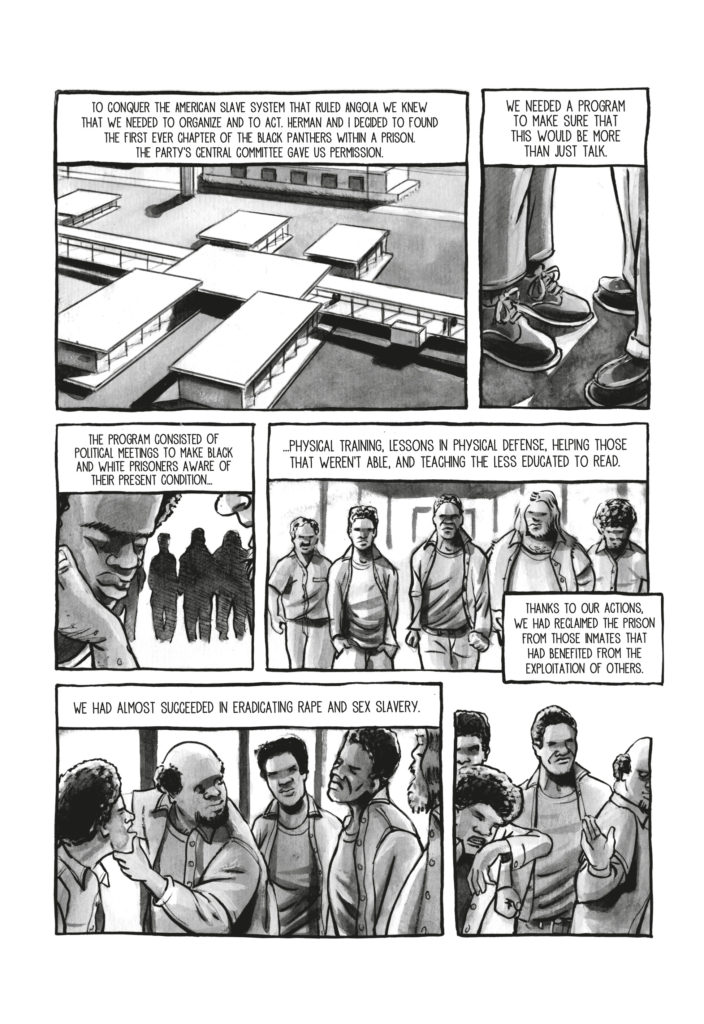 The featured image is from In the Land of the Free, a documentary directed by Vadim Jean, and depicts Herman Wallace and Albert Woodfox in the early 1970s.

From PANTHERS IN THE HOLE. Copyright 2016 by Bruno Cénou and David Cénou, translated by Olivia Taylor Smith. Reproduced by permission of Phoneme Media. All rights reserved.

Bruno Cénou was born in Agen in 1968 and has lived in Marseille since 1994. He currently works for the National Center for Scientific Research. Panthers in the Hole is his first graphic novel. David Cénou published his first graphic novel, Mirador, tête de mort, in 2011, a no-holds-barred memoir about his past as a skinhead. He is a nurse in Agen. Panthers in the Hole is his second book.
Share: 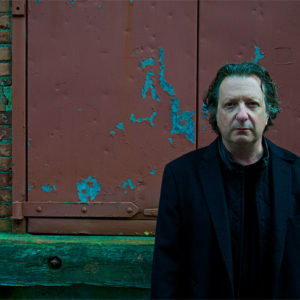 How Rebel Ex-Punk Stona Fitch Became Rory Flynn “Who cares?” Stona Fitch wants to know. “I ask it every sentence I write: ‘Who cares?’ That can be on my tombstone,...
© LitHub
Back to top
Loading Comments...