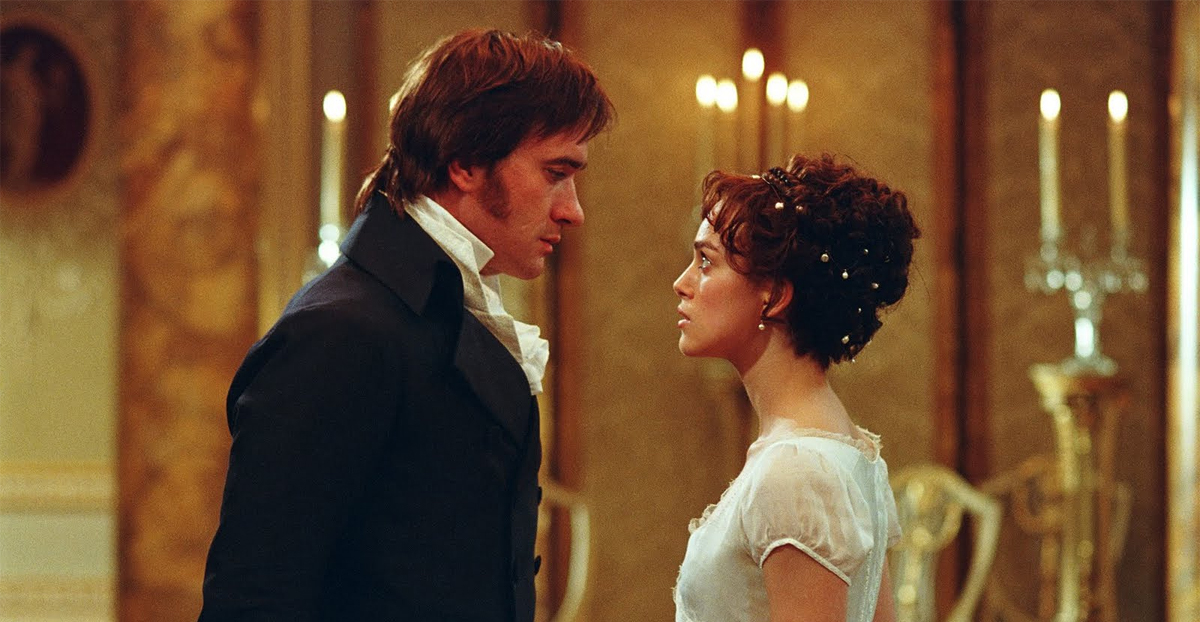 Perhaps one of Austen fans’ favorite moments on film comes from an early scene in the 2005 film adaptation of Pride and Prejudice. It comes before any kisses or declarations: it’s when Mr. Darcy holds Elizabeth Bennett’s hand as he helps her into a carriage—and then, walking away, he flexes his hand. An attempt to shake off the powerful moment? An attempt to remember it? A reflex to the pleasure of that connection? You decide:

The moment’s taken on a life of its own, even becoming a popular internet meme. (And if you want, take a walk through the comments on that YouTube clip: yearning Janeites really respond to this scene.) But in an interview with NPR, Matthew Macfadyen (Mr. Darcy) revealed the iconic moment wasn’t planned: Macfadyen did it reflexively, and director Joe Wright knew it was gold.

It’s credit to Joe, because he doesn’t miss a trick and he’s so alive to things, and he saw me do it in a rehearsal take and I remember him just going, “Get that!” So they just did an extra shot on the hand.

Yes—this is the power of a bold acting choice and a thoughtful actor! Shaping the course of the movie (and Austen fans’ erotic imaginations for years to come): it’s something Macfadyen didn’t expect when he first started working on the movie, when he was afraid of not measuring up to the Darcy Austen wrote. “I didn’t feel I was dishy enough and sort of brooding enough,” Macfadyen told NPR. “In your mind’s eye, as an actor, you always want to be a little more of this and a little more that and my confidence wasn’t great . . . I sort of decided that he was like a tortured adolescent, Mr. Darcy, which, in a way, he was. He’s grieving his parents. He’s inherited this vast estate and responsibility and he’s all conflicted and torn up, and so I thought, oh, that’ll be my way into him.”