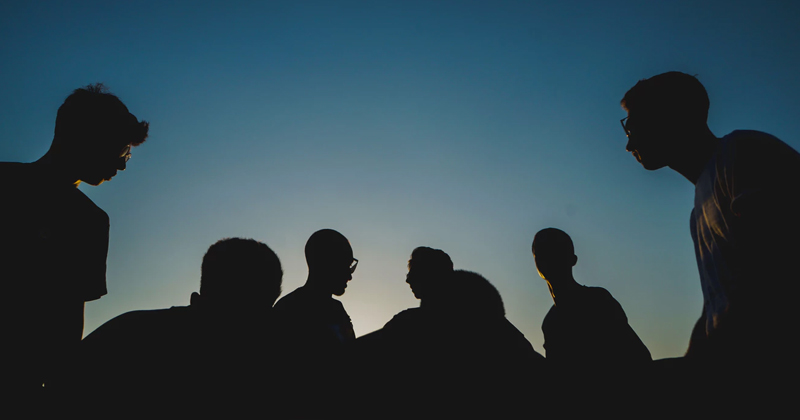 Peggy Orenstein Talks to Teenagers about Sexuality, Consent, and Harassment

The first question I get from audiences after giving a talk about Girls & Sex, is nearly always, “Would you please write a similar book about boys?” So, after decades of focusing on young women, I am now doing just that: my next project is on boys’ attitudes, expectations, and experiences of sex and masculinity. I began well before the 2016 election, before the “grab them by the pussy” tape, and the allegations that Donald Trump had sexually harassed or assaulted multiple women—clearly, when the following story ran in October of that year, it was beyond my imagination that he would triumph—but now the work feels more urgent than ever.

One afternoon, while reporting for a book on girls’ sexual experience, I sat in on a health class at a progressive Bay Area high school. Toward the end of the session, a blond boy wearing a school athletic jersey raised his hand. “You know that baseball metaphor for sex?” he asked. “Well, in baseball there’s a winner and a loser. So who is supposed to be the ‘loser’ in sex?”

That question has floated back to me over the past ten days as the stream of revelations about Donald J. Trump surfaced: the vile comments he fobbed off as boys will be 59-year-old boys bluster; the allegations that he jammed his tongue down the throat of a People magazine reporter; grabbed the rear of a woman who was visiting his home in Palm Beach; came at a stranger on an airplane “like an octopus”; groped and kissed a former Apprentice contestant during a meeting in his office; and barged into the dressing room of the Miss Teen USA pageant on seminude contestants, some of whom were underage.

The reports have sparked unprecedented discussions in the news media of “rape culture” and sexual consent. Except that the discussions aren’t really unprecedented. They are part of a cycle of soul-searching that is repeated whenever news of a high-profile incident of alleged harassment or assault breaks—Robert Chambers; the Spur Posse in Lakewood, California; Glen Ridge, New Jersey; Clarence Thomas; William Kennedy Smith; Mike Tyson; Steubenville, Ohio; Bill Cosby; Ray Rice; St. Paul’s; Roger Ailes; Brock Turner. In each case, by the time it’s over, we turn away from the broader implications toward a more comforting narrative: the perpetrators are exceptions, monsters whom we can isolate, eliminate, and occasionally even prosecute.

Certainly, such behavior is not representative of men, not by a long shot. Yet neither is it entirely atypical. Sexual coercion, in one form or another, is as American as that baseball metaphor—a metaphor that sees girls’ limits as a challenge boys should overcome.

For many high school and college women I met, enduring a certain level of manhandling was the ticket to a social life. It started at their first middle school dance, when male classmates would sidle up behind them on the dance floor, grab them by the waist, and, without asking, begin to “grind” against their rears. Sometimes the girls were fine with that, even excited by it. Still, all had, over time, been forced to develop strategies to disengage without offending an unwanted partner—they were, to a girl, deeply concerned with preserving boys’ feelings and dignity, even when the reverse was not true. By college, young women told me, drunken party boys felt free to kiss, touch, and rub up against them at will. “You’re supposed to swat them away like flies,” a junior at a school in the Northeast explained, adding that the behavior is “just accepted as the way of the world.”

I’ve listened to girls try to make sense of feeling like objects: Was it empowering or the opposite, and under which circumstances? I’ve also realized—known all along, really—that they were neither the only ones struggling, nor solely responsible for solutions.

“Boys need continuing, serious guidance about sexual ethics, reciprocity, and respect. Rather than silence or swagger, they need models of masculinity that are not grounded in domination or aggression.”

Lately, I have begun interviewing young men about their attitudes toward sexuality. Most are not mini-Trumps in the making. Instead, they, too, express confusion, uncertainty: eager to fit in, yet troubled by assumptions and expectations of masculinity. Many are girls’ staunchest allies—or would like to be. One 19-year-old in Northern California, for instance, told me he’d spent the summer working at a bicycle shop. The all-guy staff whiled away their days talking in what he described as “incredibly degrading ways” about girls. At the printable end of the spectrum, they referred to the cafe down the street, which was entirely staffed by young women, as “the Bitches.” As in, “Hey, you want to go grab coffee from the Bitches?”

He didn’t participate in such “locker room talk,” but neither did he challenge it. “I was just there for the summer,” he said. “So I put my head down and did my job.” Yet, according to Michael Kimmel, the author of Guyland and a sociologist at Stony Brook University, silence in the face of cruelty or sexism “is one of the ways boys become men.”

I wonder if any of those snickering male staffers on the Access Hollywood bus were actually thinking, “Jesus, God, get me out of here.” How many reassured themselves, as Billy Bush would later claim, that they were just “playing along” with Mr. Trump? How many more remained mum, believing that made them good guys rather than complicit?

Sometimes coercion is actually part of the script. Mr. Bush’s responses to Mr. Trump (“Donald is good! Whoa, my man!” and “Yes, the Donald has scored!”) were repugnant, but also reminiscent of the sports narration accompanying the old Meatloaf hit “Paradise by the Dashboard Light”: “Holy cow, stolen base.”

Recently, when Fox broadcast a live production of the musical Grease, a favorite of high school drama clubs, I was struck by the lyrics to “Summer Nights.” A chorus of girls, enthralled by Sandy’s account of her school break romance, sings: “Tell me more! Tell me more! Was it love at first sight?” A parallel chorus of boys, listening to Danny tell his version, comes back with: “Tell me more! Tell me more! Did she put up a fight?” Despite the progress women have made since the 1950s, when that show was set, or even 1971, when the original musical was written, some things have not changed.

Michelle Obama was right when she said that were Mr. Trump to win the election, we would be “telling our sons that it’s okay to humiliate women.” While the warning that assault will cost you the presidency may be the beginning of a conversation, it should not be the end. “Don’t sexually assault women” (or, for that matter, “Don’t get a girl pregnant”) is an awfully low bar for acceptable behavior. It does little to address the complexity of boys’ lives, the presumption of their always-down-for-it sexuality, the threat of being called a “pussy” if you won’t grab one, or the collusion that comes with keeping quiet. Boys need continuing, serious guidance about sexual ethics, reciprocity, and respect. Rather than silence or swagger, they need models of masculinity that are not grounded in domination or aggression.

Last year, California became the first state to make lessons on sexual consent mandatory for high school students. Meanwhile, the Our Whole Lives program—a model for positive, comprehensive sex education that was developed by the Unitarian Universalist Association and the United Church of Christ—encourages students to dismantle stereotypes from a young age. The Population Council’s It’s All One Curriculum offers adolescents lessons about gender, power, and rights within intimate relationships (not for nothing: including those discussions in sex ed has been proven to reduce rates of pregnancy and sexually transmitted infections). And, of course, we can meet kids on their own turf, with clever Internet resources such as the viral video comparing sexual consent to a cup of tea (just because a person wanted tea last week doesn’t mean she wants it now; unconscious people never want tea) or “The Sexually Enlightened R&B Song.”

Republican leaders and big donors are now distancing themselves from Mr. Trump, piously proclaiming that no one with daughters can in good conscience support him. Who would have guessed that Donald Trump, of all people, would inspire a bipartisan feminist movement? Despite that tasty irony, though, if we see this moment as exclusively about girls’ and women’s rights, we are bound to repeat the cycle.

Donald Trump (and, for that matter, Billy Bush) have unwittingly provided grist for a more radical, challenging discussion: about what it means—what it should mean, what it could mean—to be a man, a discussion that must continue in public and in our homes long after the candidate himself is told it’s game over. 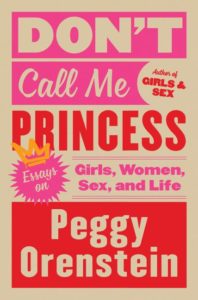 From the essay “How to Be a Man in the Age of Trump” in Don’t Call Me Princess: Essays on Girls, Women, Sex, and Life. Used with permission of the publisher, Harper Paperbacks. Copyright © 2018 by Peggy Orenstein.

Peggy Orenstein is the New York Times bestselling author of Cinderella Ate My Daughter, Waiting for Daisy, Flux, and Schoolgirls. Her most recent book is Don't Call Me Princess: Essays on Girls, Women, Sex, and Life. A contributing writer for the New York Times Magazine, she has been published in USA Today, Parenting, Salon, the New Yorker, and other publications, and has contributed commentary to NPR’s All Things Considered. She lives in Northern California with her husband and daughter. 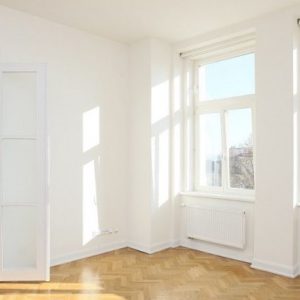 The year I turned 30, I cried for a whole summer as I realized I would never be able to afford to buy my own home. I exhausted...
© LitHub
Back to top
Loading Comments...