The Trials of Jared K.

At the Podium With the First Son-in-Law

Someone must have been telling lies about Jared K., for one fine morning without having done anything wrong, or right for that matter—without having done anything save run a major metropolitan newspaper into the ground and kick thousands of poor people out of their apartments—he was put in charge of the nation’s pandemic response. This had never happened to K. before. Except for that time he was put in charge of the border wall. And opioids. And prison reform. And presidential pardons. And the Middle East peace process. “I’d better get someone in authority to help me,” K. said. But there was no one.

Now he stood near the podium in the briefing room. It was prime time. The camera was eyeing him with bland curiosity, as if it expected something significant from him, some comprehensive answer or consoling truth. But what? He recalled this feeling from his bar mitzvah, for which he’d worn more or less the same suit: this same atmosphere of suspended meaning, of people coming together to hear him read from the coiled scrolls of the Law, at once precise and obscure. Only what was the Law? It was so hard to read. Where were the vowels? Where was the rabbi his parents had paid to help him? When would his voice change, and a few lousy hair follicles appear on the backs of his hands?

Now as then K. felt himself abandoned to the whims of some unruly and chaotic crowd. He tried to compose his face into an expression of weighty purposefulness, or indeed any expression at all. But it was excruciatingly difficult. His skin was like stiff putty. His features for all their placid symmetries refused to move. Had they ever moved? Perhaps they had forgotten how. Or perhaps they found no profit in movement, and were content to remain as they were.

The briefing room was dusty, claustrophobic. No wonder they never briefed people here, K. thought. He would have liked to get away on a helicopter somewhere, to Aspen, or Davos, or the Dominican Republic, or the Croatian coast with Dmitry, that Russian oligarch with the nice yacht, but it seemed he was not quite free to leave the briefing room.  There were men, white men, on both sides of him—standing a good deal closer, it should be noted, than the recommended distance—talking about a number of puzzlingly arcane technical and scientific matters K. found difficult to follow.  He wished he could exchange a few words with a white man on his own level of intelligence; it would make everything far clearer.  But it appeared that no such person existed.

There was one particular white man who did most of the talking, K.’s father-in-law, a small landowner from an outer borough. He was a hulking, soft-voiced man, with little paw-like hands and poofy flaxen hair and the complexion of a burn victim.  It seemed to K. that his father-in-law was always talking, for he was harassed by the idea that he must never miss a single chance to express his opinions, however vapid or uncharitable or moronically uninformed. So it came as no surprise when he turned to K. now and directed on him a look of painful assessment. “You have been a credit to us until now, you can’t become a family disgrace.”

“I am here,” he announced. “Whether I should be or not, here I stand.”

“Why would I?” K. asked. His father-in-law disturbed him by pouting nervously; he was not actually listening, but the appearance of listening was disturbing in itself. He began to pace around the briefing room, pausing every now and then to shake his head in disgust. “You sit there coolly with all these cases hanging around your neck?” “The cooler I am, the better in the end,” said K. wearily. There were, he gathered, certain Laws of the land that applied to such situations, though not being a trained lawyer, or a trained anything, he was unfamiliar with them. Nonetheless he reasoned that surely such Laws must exist in some form—after all he lived in a country with a legal constitution—and hence it was only a matter of finding access to them and having someone carefully explain their significance so he might undertake to circumvent or abuse them in a profitable and with any luck untraceable way.

At last his father-in-law beckoned him to the podium. The eyes of the audience were so tensely fixed upon K., so hungry for whatever knowledge he could impart, that for a while he stood silently looking down at them, unsure how to proceed. Then having made up his mind that it was better in such instances to speak than to observe, he stepped to the microphone boldly and unapologetically, offering no defense of the fact that he had no knowledge at all to speak of.

“I am here,” he announced. “Whether I should be or not, here I stand.”

A burst of applause followed from the right side of the hall.  “Bravo,” someone shouted, clapping his hands high in the air.

“These people are easy to win over,” thought K, emboldened by the thin, pinched sound of his own voice in that strange assembly. He was elated by the breathless attention he was receiving; in that stillness a subdued hum was audible which was more exciting than the wildest applause. He was disturbed only by the silence in the left half of the room, from which had come one or two isolated jeers and a few muttered whispers of holy-shit-we’re-all-going-to-die. Nonetheless he retained his composure. He considered what he should say to win over the whole of the audience once and for all, or, if that proved impossible, at least to win over most of them for the time being, or, if that too proved impossible, at least to go on talking until someone in the control booth—presuming any such person existed—presuming there was a control booth, and not just some ancient, much-corrupted rumor of one—took pity on him and shut off the microphone for good.

“There can be no doubt–” K. continued softly, “that behind the actions of this committee there is a great organization at work. Two organizations, actually. With a tremendous number of hotels and golf courses around the world, and also certain luxury office buildings in which, it should be noted, there is a good deal of commercial office space available at an extremely reasonable price…”

K. faltered suddenly. What faces these were around him! No one was applauding, no one was nodding in agreement the way they had at his bar mitzvah, fingering slender envelopes with money in them, the occasional Israel bond. Had he been mistaken about these people? Had he overestimated the effectiveness of his speech? He heard, or thought he heard, the sound of someone snickering. “They’re just goading you,” K.’s wife liked to assure him, in her soft, purring, oddly indistinct voice. Perhaps she was right. He remembered how the admissions officer at Harvard, looking over K.’s slender folder, had sighed deeply, with something like resignation. “You cast about too much for outside help,” the officer told him. “Don’t you see that it isn’t the right kind of help?”

He looked up and waited. No one applauded. His father-in-law was pouting. What was the matter with everyone?

But of course the admissions officer had been wrong, K. thought; it was exactly the right kind of help. Why else would he be standing here now? A man can spend his whole life sitting by the gates, K. reasoned, waiting passively to be admitted to the sanctum of the Law on his own merits. A man can live and die that way. But where was the justice in that? It seemed a kind of cruel, absurd joke.

No, K. told himself, the only rational solution was to bribe the gatekeeper with a $2.5 million dollar tax-deductible donation. Then go to work for one’s father, and marry the rich girl with the immaculate porcelain face, and move in with her family.

“A lot of things are happening,” K. said with renewed conviction. “We want to make sure that we are making informed decisions based on the data that we’re able to collect and put together.”

He looked up and waited. No one applauded. His father-in-law was pouting. What was the matter with everyone? They were all looking at him as if he’d said nothing of any import or consequence. And yet he felt certain that he had said precisely the sort of thing people like him said when they said things, in the way people like him said them. So what was the problem?

“I am very confident,” he went on, sounding not quite so confident as he wished, “that by bringing innovative solutions to these hard problems, we will continue to make progress.”

A hand went up in the back of the room. Who was it? Someone who sympathized with his plight and wanted to help? Was it one person only, or was it all of mankind, reaching out for his assistance from their lonely apartments and understaffed emergency rooms?

K. cleared his throat. His father-in-law was glaring at him. The lights were blinding. The room had no windows; it was difficult to breathe. Maybe he could use a ventilator, K. thought. Was that a bad thing to think? Where was his wife? It seemed he could not completely rise to the occasion after all. He lacked the strength, the expertise, any sort of clue what he was doing. He stood there waiting. He felt a constriction in his chest that might have been shame. Was this what shame felt like? Who could tell him? He looked out at the audience for help. But there was no help. It was difficult to see past the cameras anyway, which remained all too attentive, K. thought, their unblinking eyes bearing down on him steadily, coolly taking the measure of his actions for some judgment yet to come.

Robert Cohen is a novelist and short story writer. His books include Amateur Barbarians, Inspired Sleep, The Varieties of Romantic Experience, and others. He teaches at Middlebury College.

On Earth Day, Turning to
Poetry for Hope 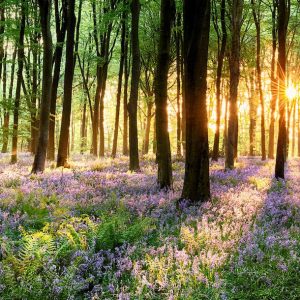 On Earth Day, Turning to
Poetry for Hope

One of our greatest living poets, Kentuckian Wendell Berry, writes, When despair for the world grows in me and I wake in the night...
© LitHub
Back to top