Kate Chopin, “The Storm”
They did not heed the crashing torrents, and the roar of the elements made her laugh as she lay in his arms. She was a revelation in that dim, mysterious chamber; as white as the couch she lay upon. Her firm, elastic flesh that was knowing for the first time its birthright, was like a creamy lily that the sun invites to contribute its breath and perfume to the undying life of the world.

The generous abundance of her passion, without guile or trickery, was like a white flame which penetrated and found response in depths of his own sensuous nature that had never yet been been reached.

When he touched her breasts they gave themselves up in quivering ecstasy, inviting his lips. Her mouth was a fountain of delight. And when he possessed her, they seemed to swoon together at the very borderland of life’s mystery.

He stayed cushioned upon her, breathless, dazed, enervated, with his heart beating like a hammer upon her. With one hand she clasped his head, her lips lightly touching his forehead. The other hand stroked with a soothing rhythm his muscular shoulders.

Portnoy’s Complaint, Philip Roth
Finally it is The Monkey who sets our lust in motion. She moves across to Lina, above whom she towers (oh God, isn’t she enough? isn’t she really sufficient for my needs? how many cocks have I got?), and puts her hand between the whore’s legs. We had imagined it beforehand in all its possibilities, dreamed it all out loud for many many months now, and yet I am dumbstruck at the sight of The Monkey’s middle finger disappearing up into Lina’s cunt.

I can best describe the state I subsequently entered as one of unrelieved busy-ness. Boy, was I busy! I mean there was just so much to do. You go here and I’ll go there- okay, now you go here and I’ll go there- all right, now she goes down that way, while I head up this way, and you sort of half turn around on this… and so it went, Doctor, until I came my third and final time. The Monkey was by then the one with her back on the bed, and I the one with my ass to the chandelier (and the cameras, I fleetingly thought)-and in the middle, feeding her tits into my Monkey’s mouth, was our whore. Into whose hole, into what sort of hole, I deposited my final load is entirely a matter for conjecture.

Philip Roth is one of the great writers of sex, and I wish he were represented by a more impressive passage than this moment from his early, groundbreaking novel. Though a kind of choreography is gestured to and bits of anatomy are named, it’s very hard to see actual bodies in this excerpt; it’s an idea of sex, not the thing itself, or so it seems to me. Chopin also offers something abstract, an idea more than a physical presence, at the opposite end of the emotional spectrum: tender where Roth is coarse, reverent where he’s vulgar. But Chopin’s metaphors, with their vague extravagance (“the undying life of the world,” “the very borderland of life’s mystery”), drain all the oxygen from the scene. At least in the Roth passage, with its humor and frankness, I feel like I can breathe.

Garth Greenwell is the author of What Belong to You, which was longlisted for the National Book Award and shortlisted for several other awards, including the PEN/Faulkner Award, the James Tait Black Memorial Prize, and the LA Times Book Prize. His short fiction has appeared in The New Yorker, The Paris Review, and A Public Space. A new book of fiction, Cleanness, is forthcoming.
Share:

Africa Has Always Been Sci-Fi 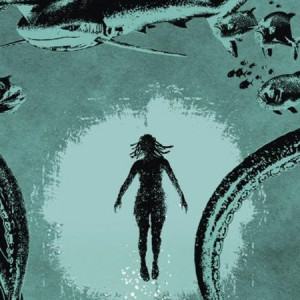 Africa Has Always Been Sci-Fi Whence the “Afro” in “Afrofuturism”? In the 1994 interview with Samuel R. Delaney that inaugurated the term, Mark...
© LitHub
Back to top