In what quickly became an internet genre unto itself—i.e. “How the hell did we end up with Donald Trump”—this essay stood out in 2017. With her characteristic mix of intelligence and fury Solnit somehow managed to reveal a little bit of the human amidst relentless inhumanity, and touched a nerve for millions of readers.

2.
Rebecca Solnit on Harvey Weinstein, Hillary Clinton, and Blaming Women for the Acts of Men

It must be exhausting writing about the world’s endless stream of shitty men. And yet Rebecca Solnit does it with lightness and razor-sharp grace.

3.
Why Are We So Unwilling to Take Sylvia Plath at Her Word?

Speaking of shitty men, the explicit accounts of Ted Hughes abuses of Sylvia Plath were always there in her writing but were consistently ignored by (mostly male) scholars for years. Maybe it would be good to listen to women.

If you like some books, you probably like the company of lots of books… We’re all just a bookcase or two away from hoarding.

5.
My Favorite Books To Sell Over 20 Years as a Bookseller

For 20 years Jeannette Watson was the owner of Books & Co. and learned a thing or two about selling books—the good and the bad, and the ugly. Luckily for us, in this essay, she shares the good…

6.
100 Books Across America: Fiction and Nonfiction for Every State

7.
To the Lady Who Mistook Me for the Help at the National Book Awards

Patrick Rosal’s account of oblivious privilege at a major literary function goes a step beyond polemic into a deeper, sadder tale of how deeply seeded racism is in every aspect of American culture.

8.
How Academics Survive the Writing Grind: Some Anecdotal Advice

So you want to be a professor? (Really?) Well, if that’s true, here’s some advice on how to publish, so you don’t perish.

9.
Jane Austen’s Most Widely Mocked Character is Also Her Most Subversive

This is a very descriptive headline of a very smart piece.

10.
A Brief Survey of the Great American Novel(s)

The term “great American novel” has been applied to a lot of books, for a long time. To see how many and for how long, you’ll have to click the link above…

"The Murder of Santa Claus"

10 Songs for Sir Gawain and the Green Knight 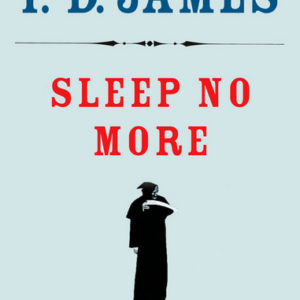 "The Murder of Santa Claus"

If you’re an addict of detective fiction, you may have heard of me, Charles Mickledore. I say addict advisably; no occasional...
© LitHub
Back to top