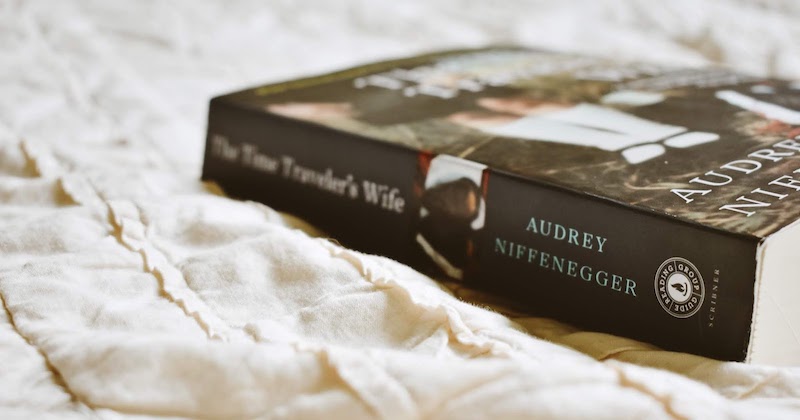 Why do we keep pretending that The Time Traveler’s Wife is a love story?

We’ve known for a while that HBO was working on turning Audrey Niffenegger’s 2003 novel The Time Traveler’s Wife into a series. The show, which boasts Doctor Who and Sherlock writer Steven Moffat as a writer and executive producer, is in pre-production, but today, The Hollywood Reporter announced that Rose Leslie (Game of Thrones) and Theo James (Divergent) will star as Clare Abshire and Henry DeTamble, the star-crossed lovers who desperately attempt to outrun physics.

The book’s plot is as follows: Henry DeTamble, a Chicago-based librarian, was born with a rare genetic disorder, which causes him to randomly jump back and forth in time. Like some kind of wayward X-Man, Henry can’t control his powers. Clare Abshire is a red-headed visual artist, who comes from a wealthy family. One day, a 36-year-old Henry zaps back in time and ends up near Clare’s parents’ garden. Clare is six years old and doesn’t think it’s odd that a man just materialized out of thin air. Henry becomes a secret part of Clare’s childhood; she gives him food and clothes every time he suddenly appears. (Did I forget to mention that any time Henry time travels, his clothes don’t go with him?) Henry eventually tells Clare that they will get married in the future. She accepts this as an indisputable fact.

On Clare’s 18th birthday, they consummate their “relationship.” Henry stops visiting her. Two years later, Clare and present-day Henry meet IRL at the library. Twenty-eight-year-old Henry doesn’t remember her because, in the present timeline, he has yet to start jumping back in time to Clare’s childhood. They fall in love (again?) and get married. They try to have a baby, but Clare has multiple miscarriages. They eventually do have a baby named Alba, who is diagnosed with the same genetic disorder as Henry. The marital bliss is fleeting. Henry dies when Alba is five.

If you had told me this adaptation news about ten or fifteen years ago, I would have been over the moon. The first time I read the book, I was a disaffected teenager fighting off suburban doldrums. In terms of the “vibes” and cultural demographics, my East Coast hometown was a little more Dawson’s Creek than Gilmore Girls. Think: Sleepy seaside town where girls favored a uniform of a black North Face fleece and Uggs; an influx of summertime tourists; limited opportunities for financial mobility. However, like both WB juggernauts, my town was extremely white. My dad is Black and my mom is Filipino. I was an “Other” before I could understand what that meant. I was always looking for a way out of my reality, especially if an escape route involved a devastatingly handsome leading man.

The Time Traveler’s Wife appealed to my predilection for tortured romance and sensitive heroes. Henry needed someone to save him. He was a modern James Dean, a grown-up Marcus Flutie (shoutout to the Jessica Darling series!), Pacey Witter with an edge. He smoked and drank. He liked aggressive punk music but could also appreciate chamber music. There certainly wasn’t anyone like him running around in my part of Connecticut. I was a teenager and thought that pain was proof of love. I needed someone to idealize, someone that wanted me to burrow in their shadow. I thought that Clare, with her ride-or-die devotion, was so lucky to just know her soulmate. He was her destiny. But how much of it was destiny and how much of it was the predetermined will of an older man?

Having escaped my twenties with more than a few scars and bruises, I can’t look at Henry the same way. Why are we romanticizing the fact that this man, well into his thirties when he meets young Clare, manipulated her? Henry doesn’t give Clare a chance to truly become her own person. She is persuaded to believe that Henry is her fate, that it’s an unavoidable outcome. Her whole life is tied to a man because he tells her it is. In the hands of another writer, Henry could easily have been crafted as an unapologetic stalker, à la Joe Goldberg in You.

Let’s be clear: I’m not saying that Niffenegger is an incompetent storyteller. Her writing in The Time Traveler’s Wife is full of poetic lyricism and literary allusions. I could easily imagine the settings and physicality of the characters. The comparison of Clare to Penelope in The Odyssey captures the ache of separation and the weight of longing. Do I believe that Henry and Clare are in love? Yes. Do I believe that this is a love story? No. Perhaps it’s because I’ve endured my fair share of relationships/situationships/emotionally abusive entanglements, and I can’t find the romance in pining after a man whose biggest parlor trick is to disappear.

I know that Hollywood tends to pick projects that come with an established IP or franchise bankability. The Time Traveler’s Wife seems like a sure thing. The book was a bestseller. The hardcover sold 119,000 copies, and the paperback sold almost 1.3 million, as reported by the New York Times in 2009. The 2009 movie, starring Rachel McAdams and Eric Bana, had a domestic gross of over $63 million on a budget of $39 million. And yes, I saw the movie in theaters with my friends and swooned at all the appropriate places. But I’m tired of pop culture’s celebration of fucked-up relationships with power imbalances and tragedy disguised as an aspirational testament to “the power of love.”

Henry is not a monster, but the fact that he meets her (NAKED) as a child, who is a few years out of diapers, is not the most kosher start to a relationship. Can we actually say that it’s Clare’s choice to be with Henry if that choice was heavily influenced, even orchestrated by the adult version of himself?

Maybe I’m just reading too much into it, since none of the reviews from major trades seemed to hone in on this aspect of the plot. After all, some books just hit different at certain stages in your life. I’m not the person I was when I first read The Time Traveler’s Wife, and that’s a good thing.