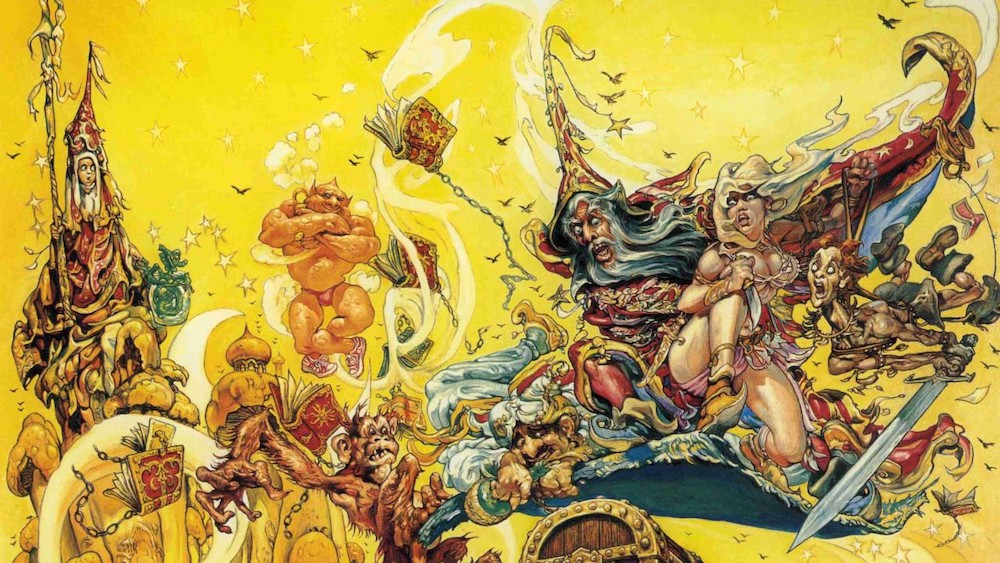 The time Terry Pratchett’s German publisher inserted a soup ad into his novel.

Did you know that German genre publishers used to insert paid product placement into domestic translations of popular international writers? Yes, it’s true. And here’s exhibit A (via this Neil Gaiman thread).

Apparently the reason beloved sci-fi writer Terry Pratchett left his German publisher back in the early 90s was because they inserted an ad for Maggi soup into a scene he’d written! (Without his permission, obviously.) According to Pratchett:

There were a number of reasons for switching to Goldmann, but a deeply personal one for me was the way Heyne (in Sourcery, I think, although it may have been in other books) inserted a soup advert in the text … a few black lines and then something like “Around about now our heroes must be pretty hungry and what better than a nourishing bowl…” etc, etc. My editor was pretty sick about it, but the company wouldn’t promise not to do it again, so that made it very easy to leave them.

Apparently this practice had been policy at Heyne for decades, and was used to ensure that pulp genre titles earned back their acquisition costs. If you are an executive at a big four publishing corporation, please forget everything you just read: I do not want to be reading page-long elegies to LL Bean duck boots in the next Jonathan Franzen.