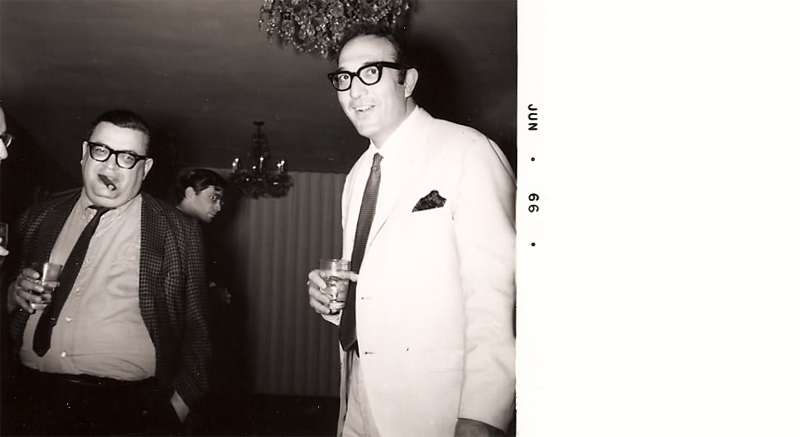 The Time Mario Puzo Wrote a Takedown of The Paris Review

On The Godfather Author's 1967 Review for Book World

Book World was neither a skimpy nor a minor publication. Edited out of Byron Dobell’s office at the New York Herald-Tribune in Manhattan, the Sunday insert—devoted to reviews of new books, literary columns, and authors’ interviews—was a substantial, much-admired weekly periodical of critical literary assessments. It appeared as a Sunday supplement in the Washington Post and the Chicago Tribune, as well as in the New York Herald-Tribune. Its circulation was in the millions.

On Sunday, October 29, 1967, the first review that novelist Mario Puzo ever wrote for editor Byron Dobell was published. Not only did Puzo think that Dobell “was the only guy that would have printed it,” but he also concluded: “certainly [he was] the only editor who would have given it a front page.”

The piece was written as a critique of Writers at Work: The Paris Review Interviews. This was the third volume of collected interviews culled from the literary quarterly that had been co-founded in Paris in 1953 by post-WWII expatriates George Plimpton, William Styron, Peter Matthiessen, Harold “Doc” Humes, and others.

The Paris Review had morphed into a remarkably consistent, esteemed literary quarterly with an emphasis on publishing new short stories and poems by writers who were then gradually building their careers. The new poems and stories in each issue were placed before and after what soon became the magazine’s signature feature: the lengthy interviews with prominently published authors, under varied rubrics: “The Art of Fiction,” “The Art of Poetry,” “The Art of Theater,” and so on.

Although the poems and stories published in The Paris Review were new, and usually by younger writers, the interviews featured an admixture of scribes then considered younger authors of the day (Saul Bellow, James Jones, Arthur Miller), plus those considered to be old masters (Hemingway, Faulkner, Robert Frost). To make Vol. 3 of the Writers at Work series even more formidable, an introduction by Alfred Kazin was solicited. At that time, Kazin was a feared and respected critic.

Literary politics, anxiety about making waves, and the understandable urge to kiss the rumps of those who had “made it” would have caused most book reviewers to tread lightly. Perhaps hoping to ingratiate themselves with the literati. Just the opposite happened with Puzo. And his intelligence and wit had a writer’s field day.

Instead of a typical review in straight-ahead paragraphs, highlighted by selected quotations from the book being considered, Mario’s review adopted the form and the format of the interviews for which The Paris Review was most famous. The piece begins with a disclaimer making it clear that this unusual approach is Puzo’s doing.

Casual readers likely didn’t take note of this, but for those in the know—that is, the ever-competitive and highly attentive careerists in what Gore Vidal referred to as the Land of Book Chat—it’s safe to say that eyebrows (and hackles) were raised. If anyone’s eyes shot to the attribution at the end of the review, the reminder that Puzo was a published author was offset by the fact that neither of his two novels had enjoyed commercial success. Both 1955’s The Dark Arena and 1965’s The Fortunate Pilgrim were critically acclaimed, but did not achieve any public popularity. And yet, here he was, jabbing, tweaking, and zinging away.

Perhaps editor Byron Dobell was delighted to publish a review that visually startled readers for a change. An exceedingly visual person, Dobell’s passion for painting eventually led to a second flourishing career. Three of his portraits now hang in the Smithsonian’s National Portrait Gallery and he has enjoyed tremendous success with ten Manhattan solo exhibitions of his portraiture.

The book review that Puzo designed in the form of a faux-interview was unlike anything readers had ever seen in Book World.

Most surprising was that from the get-go Mario’s sharp insights were balanced with his sly humor. This guaranteed that certain egomaniacs who thought of themselves as “big” (either the writers who were interviewed or those asking them questions) were going to be taken down a peg. Puzo’s refusal to court collective egos was bold.

Here’s how the review began on Page One of Book World:

Rather than write a formal criticism of this collection, Mr. Puzo invited the editors of The Paris Review to interview him as they would any eminent author. However, it must be understood that Mr. Puzo is responsible for all that follows.

Did you like the book? Do you think it was a good job?

A wonderful job. And the whole idea is so respectful of the writer, just letting him ramble on. Who the hell ever listens to him? And all your interviewers keep themselves in the background. They know their place. They know they are not important.

And you never try to booby-trap the writer or put him down. I get the feeling The Paris Review is for the writer all the way. However, I don’t think this Third Series is as interesting as the first two. But I wish you’d collect all three in one volume. It would be the perfect gift to anyone interested in literature, a must for every writer’s library.

You don’t seem to have a library.

Neither does Nelson Algren. That’s how you can tell an honest writer. No, don’t write that down. I’m kidding. I’m just sensitive about money. How come you people never ask writers about money? You ask them if they use a typewriter or a pen, how many pages they write a day, all kinds of personal sex things. How come you never ask them how much they got for their paperback rights?

We feel our readers are not interested in that sort of information.

That’s because you already have money. I hear The Paris Review crowd are all a bunch of rich kids. No, don’t get mad. I believe in money and I believe in rich people. They can afford to be honest, truthful and discriminating.

In the middle of his review-in-the-form-of-an-interview (with himself), Puzo serves up a chart that lists the 14 writers whose Paris Review colloquies are included in the third Writers at Work volume. His chart separately rates both the quality of the interviews, as well as how he values their work.

And the piece at large is peppered with Mario’s stinging observations: “Coupling novelists with playwrights is a form of intellectual bestiality. Theater writing today is not literature. The best dramatist doesn’t have a quarter the artistic brainpower of a third-rate novelist.”

Yet, there’s also an undercurrent of respect throughout: “Ginsberg! He comes over like a real mensch. I never expected that.” About Saul Bellow: “He’s so damn smart, he believes, and he’s been faithful to art in his fashion.” Then there’s Lillian Hellman: “A real womanly woman despite her tough mind. Too bad she became a playwright.” As for James Jones, he’s dubbed a “Regular Guy” and Harold Pinter is defined as a “Modest Englishman.” In the case of poet William Carlos Williams, there’s a corrective jab: “Paris Review’s fault. He’s a better guy than this.”

The ultimate takeaway from this idiosyncratic debut by Puzo in Book World was his assessment of Norman Mailer, whose career was enjoying a renaissance due largely to his latter-day plunge into nonfiction writing.

Do you know Mailer’s work?

I know that work all right. He was an honest, believing writer until the publishers worked him over when he was trying to peddle The Deer Park. Now he’s a crook, his last two novels dastardly crimes committed in cold blood and in full view of the public. And that’s OK, but he shouldn’t attack straight writers like Faulkner, [William] Styron and [James] Jones as a cover. He should just scoop up his loot and make his getaway fast. No fellow novelist will reproach him. It’s embarrassing to his friends when Mailer puts Faulkner down as a person. Because quite simply, Faulkner’s career is every writer’s dream, Mailer’s is every writer’s nightmare.

That paragraph alone was sure to get tongues wagging. Those who could read between the lines knew that Puzo was saying in print what many had chosen to whisper off the record: Mailer’s “last two novels” were Why Are We in Vietnam? (a short novel published one month earlier in September 1967; considered a Joycean tour de force by some but branded by others as a meandering scatological mess), preceded by An American Dream (written on monthly serial deadlines for Esquire magazine as a highly publicized stunt in 1964 and published in book form in 1965).

Mario Puzo using the phrase “in cold blood” was the kind of admiring allusion to Truman Capote’s smash-hit magnum opus that was sure to set Mailer’s teeth on edge, just as Norman himself had set others’ teeth on edge when publishing essays that condemned William Styron as “a fat, spoiled rich boy,” whose Set This House on Fire was “a bad, maggoty novel,” while also being sure to assert that James Jones “has sold out badly over the years.” It had become a blood sport for Mailer to publicly ridicule most of his peers, sometimes challenging them physically with his booze-fueled mania for arm-wrestling, boxing, and head-butting competitions. “A good novelist can do without everything but the remnant of his balls,” Norman once declaimed.

Pointing out that Puzo was hardly as well-known or as “successful” as Mailer or Capote would have been feckless, because in his faux-interview with an imaginary Paris Review interviewer, Mario had already highlighted his own obscurity: “I’ve written better novels than some of these guys in your collection and you people never came around to see me. I got asked to sign a Vietnam war protest ad but that’s all.” To which the rejoinder is: “You’re not quite well known enough. Frankly we never heard of you.”

Nobody anywhere (including Puzo) would have believed how dramatically that would change. And Norman Mailer’s balls would have shrunk to the size of Chiclets had he known that two years hence, Mario’s third book (with its working title, Mafia, changed to The Godfather) would be the fastest-selling novel in publishing history. 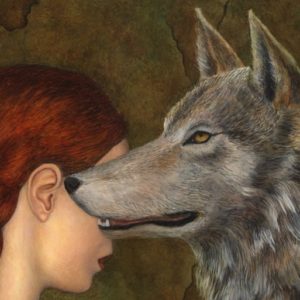 If you're reading this space, it's likely you've at least heard of the incredible Angela Carter, whose feminist fairy tale...
© LitHub
Back to top