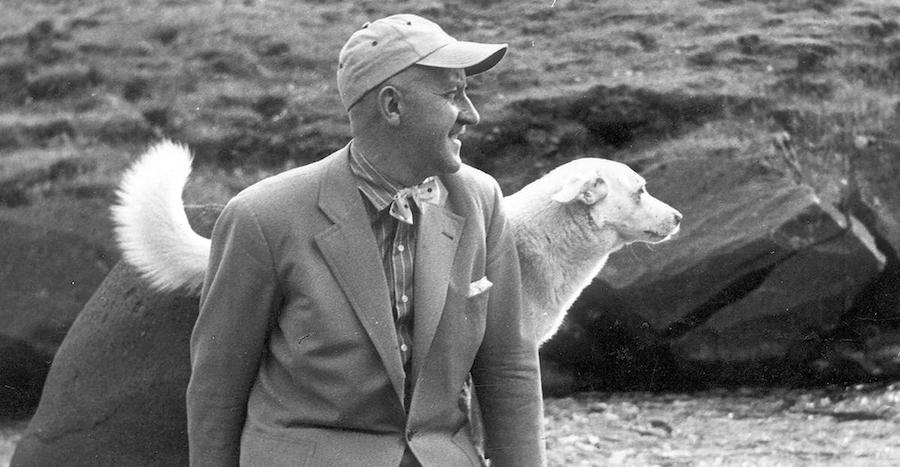 The Time Halldor Laxness Was Almost Deported from America

And How the ACLU Saved Him

While he was in America Icelandic writer Halldór continued to read contemporary literature. He read, for example, Ulysses (1922) by James Joyce, and even though Halldór respected this great work of European modernism, he knew he would not try to follow in Joyce’s footsteps. His dabbling in avant-garde literature had concluded with The Great Weaver from Kashmir. His attitude was aloof towards The Magic Mountain (1924) by Thomas Mann; he was much fonder of Buddenbrooks (1900) and Death in Venice (1912). The literary movement that Halldór liked most in the United States was social realism. Three of its best-known representatives during those years were Theodore Dreiser, Sinclair Lewis and Upton Sinclair, and Halldór read as much of their work as he could, besides becoming personally acquainted with Sinclair. Lewis, best known in Iceland for Babbitt (1922), had the greatest appeal for Halldór, probably because he had the most talent for bringing social issues and the art of storytelling together, which was what Halldór intended for himself; for a long time he had a great essay about Sinclair Lewis in the works, as he told Stefán Einarsson.

Halldór’s acquaintance with Upton Sinclair had unpleasant consequences. At the time Sinclair lived in Long Beach, a short distance from Los Angeles, and was at the apex of his career. He was a radical socialist with a distinct American flair, and his novels sometimes read like colorfully camouflaged newspaper reports in the service of a cause. They were read and discussed throughout the United States. Halldór attached great hopes to their acquaintance, because they shared the same political views, and because he thought that Sinclair could advance him in the American literary world. They met first in the late summer of 1928, and in September Halldór wrote proudly to Inga that he had lunched with Sinclair twice and had gone with him to a socialist meeting at the Trinity Hotel. Halldór took advantage of the opportunity and told Sinclair about The Great Weaver from Kashmir; he was planning to finish the translation with Magnús and trying to get it published in America, having become convinced that he had no future in cinema.

Later in the autumn Halldór wrote a short article in honor of Sinclair’s 50th birthday, which was published in the People’s Paper on 27 December, 1928. The article is somewhat sloppily written, as the writer himself says; in it he heaps praise on Sinclair because he did not write in the service of capitalism and was not owned by the powers controlling the market economy. He also mentions their acquaintance and describes Sinclair as being:

…vigorous like a teenager, utterly charming and pleasant; his face is the most noble and promising that I have seen in America and the most aristocratic. In its hue it is similar to the face of Þórbergur Þórðarson.

He follows this description with praise for Sinclair’s political struggle, in general observing that Americans were prevented from obtaining information that would increase their knowledge of social issues: “In this case every 100 percent American is a complete idiot.” He recommends several works by Sinclair, especially Boston (1928), which was about the Sacco and Vanzetti case.

It is unlikely that anyone would have remembered this article if it had not been reprinted in Heimskringla on 30 January, 1929. The comment about the idiocy of 100 percent Americans did not sit well with Icelanders living in Canada and a furious debate ensued in their newspapers. After several months Heimskringla refused to print any more of Halldór’s rebukes, since the paper had by then lost many of its subscribers Stateside. Several Western Icelanders under the leadership of G.T. Athelstan (Gunnlaugur Tryggvi Aðalsteinsson), who by some ironic twist of fate worked in pest-removal, filed charges against Halldór in Washington, presenting the Sinclair article as proof that it was Halldór’s intention to harm the United States. On 2 June, 1929 Halldór wrote to Inga from California:

The day before I came here to Ojai, I was taken by policemen and brought to the police station in Los Angeles, where they conducted a private interrogation with me—I saw that the documents that they had already gathered about me had become four–five thumbs thick. I was told that I had dangerous political views, which aimed at toppling the reigning social order, and that I had written articles about the United States, in which I said that the Americans were “idiots” etc. Then my passport was taken from me. I was given the opportunity of seeing the translation that my friends in Winnipeg had made of one of my articles, and I stated straight away that it was a false translation. I was then given a small amount of time to get hold of the article and produce my own translation of it.

Halldór was angry and surprised and turned to Sinclair for help. Sinclair put him in touch with the American Civil Liberties Union, which promptly took up his case, refuting the charges and seeing to it that the case was publicized in the papers.

Americans were prevented from obtaining information that would increase their knowledge of social issues: “In this case every 100 percent American is a complete idiot.”

Little by little discussion of the charges dwindled, and it became clear that Halldór would not be deported, but it was not until 4 October, 1929 that his passport was returned “at the urging of the lawyer that the Civil Liberties Union had persuaded to take my case,” he told Inga:

The United States has similar morals regarding thinking men to those Russia had in the days of the Tsar. The American authorities are nothing but a flock of inveterate thieves and murderers.

His experience of being called before the police because of his political writings had a great effect on Halldór and he never forgave the Western Icelanders for filing charges against him. This affair did nothing to detract from his radicalism, and in the autumn of 1929 he wrote another article about Upton Sinclair for the journal Iðunn, more detailed and ordered, with sharper opinions. He called one hundred per cent Americanism, by which he meant the supporters of the American powers-that-were, “Western idiocy”, choosing the most abominable adjectives. At the same time he praised Sinclair for having rattled the cage of the mercantile powers. 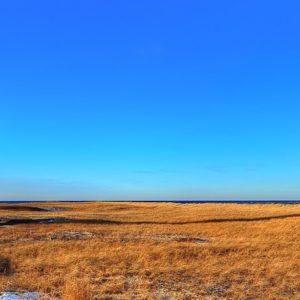 Nantucket Island lies about 30 miles south from the belly of Cape Cod, a one-time whaling community turned haven for the superrich....
© LitHub
Back to top
Loading Comments...