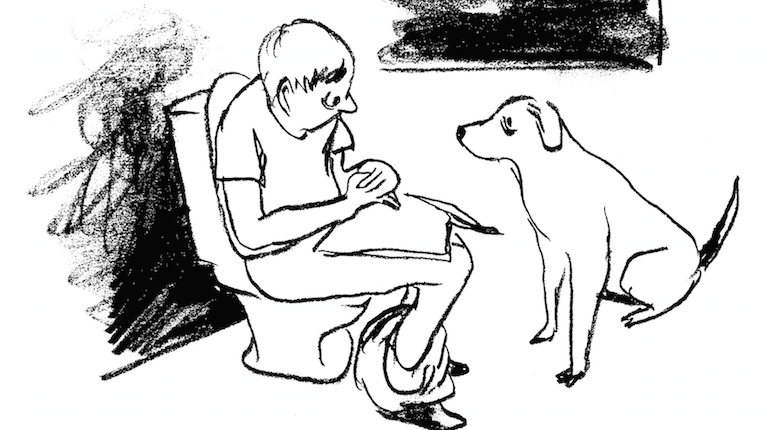 VIA THE PARIS REVIEW

The following illustrations by Jason Novak accompany part one of The Paris Review’s serialization of Chris Bachelder’s forthcoming comic novel, The Throwback Special, about an ordinary group of men who gather together once a year to reenact what ESPN has called “the most shocking play in NFL history.” 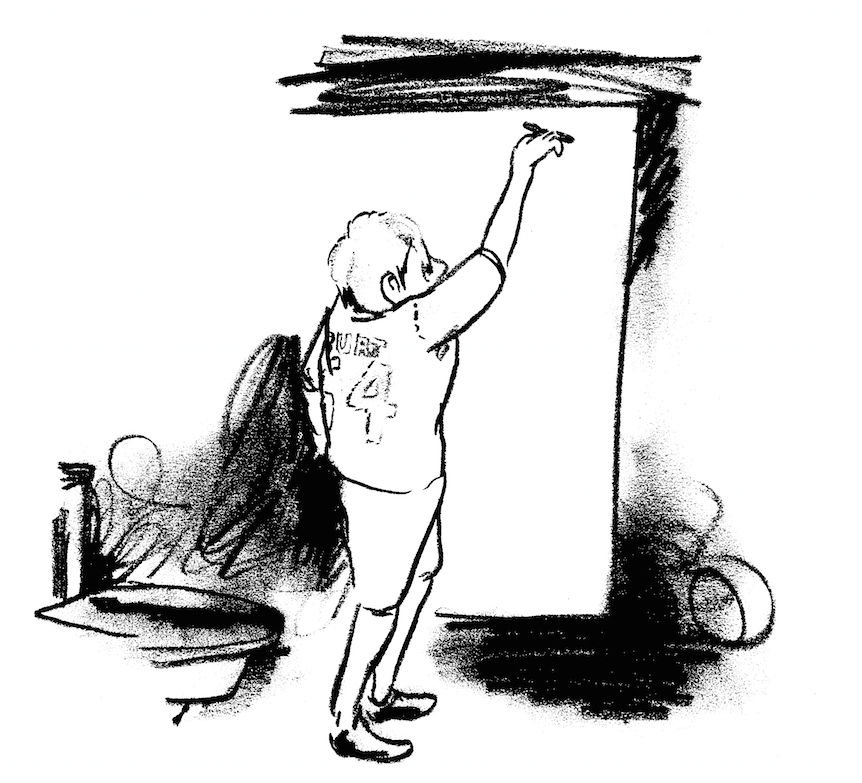 He removed the top of the Sharpie and turned to face the board blue partition of the stall. 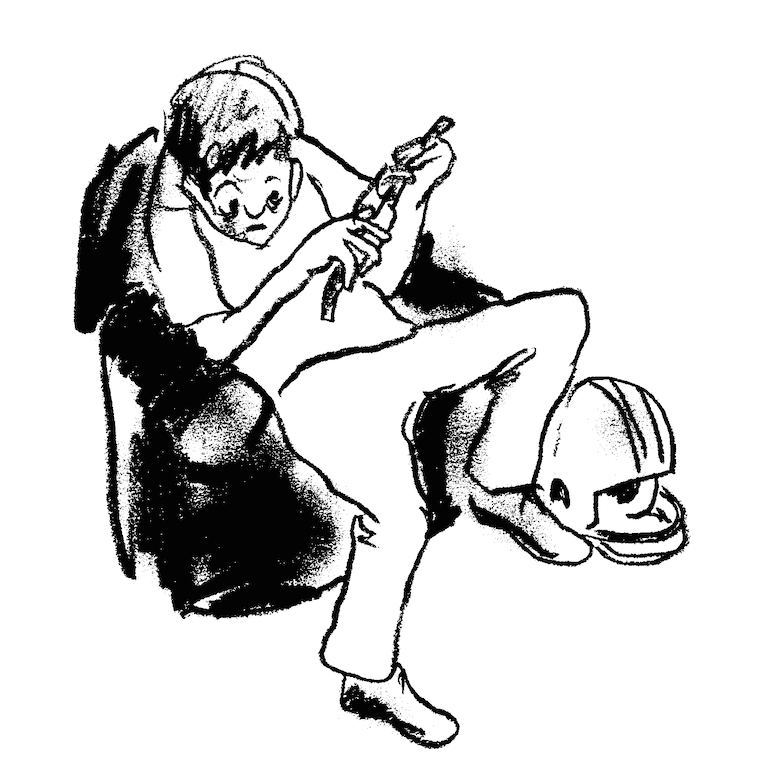 Back in the lobby, Robert chose a stuffed chair in the corner where he could see anyone who arrived or departed. The day outside was raw and gray, the low clouds bulging with cold rain. Robert unsnapped the chin strap from the helmet, and from his duffel bag he removed a sewing kit. 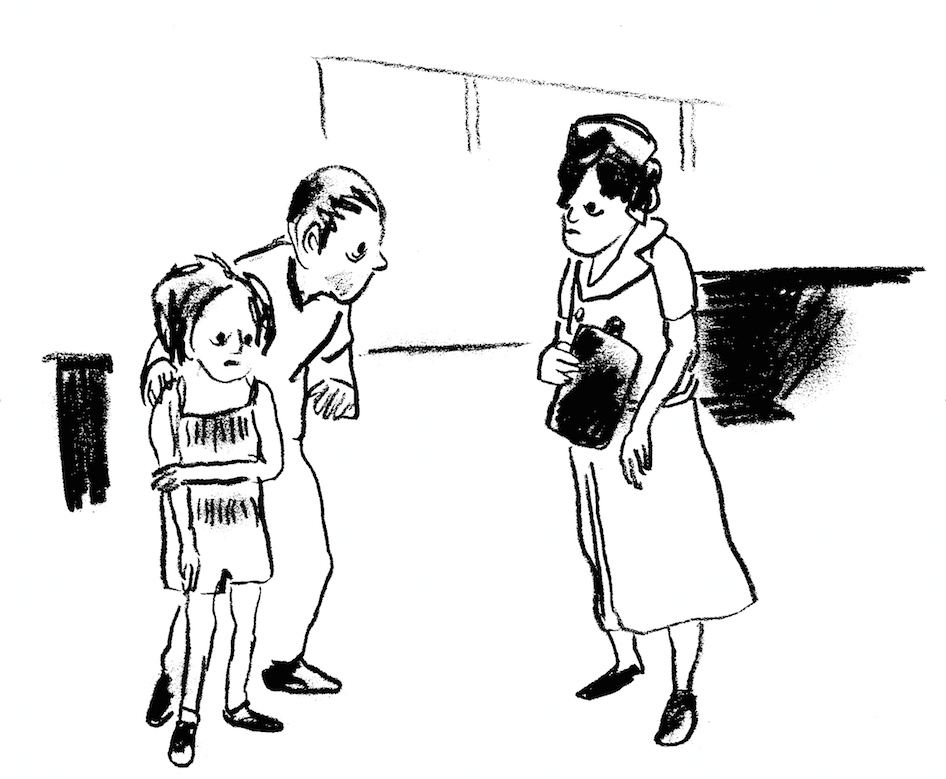 The orthopedist, the nurses—they had looked at Robert as if he were abusive. He had taken a child to the playground with a net, without elbow pads. 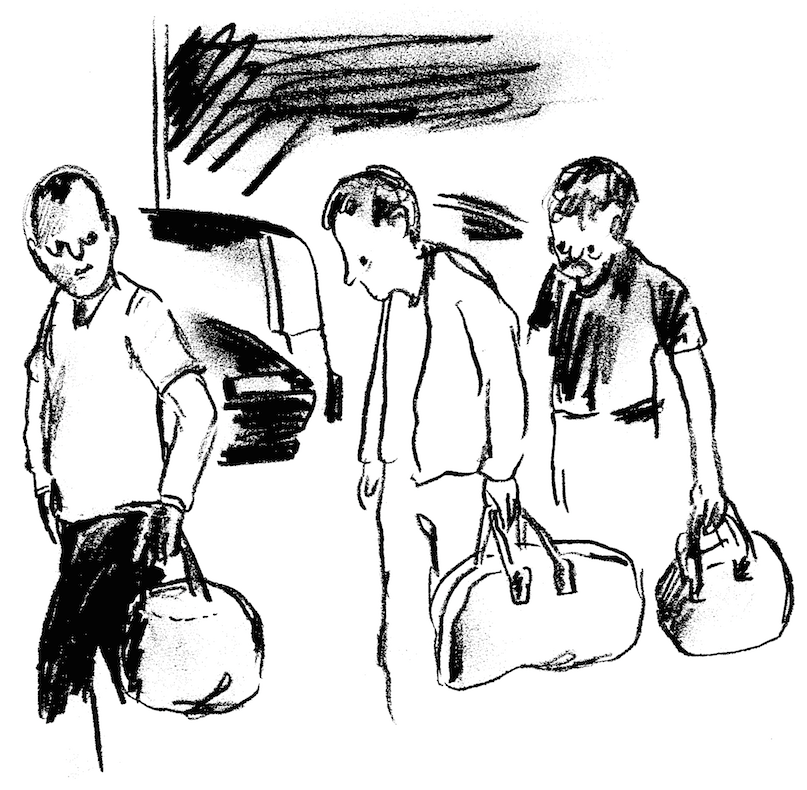 Derek, always resourceful, closed the hood and guided the men through the rain towards the protection of the check-in portico. They bowed their heads like monks. 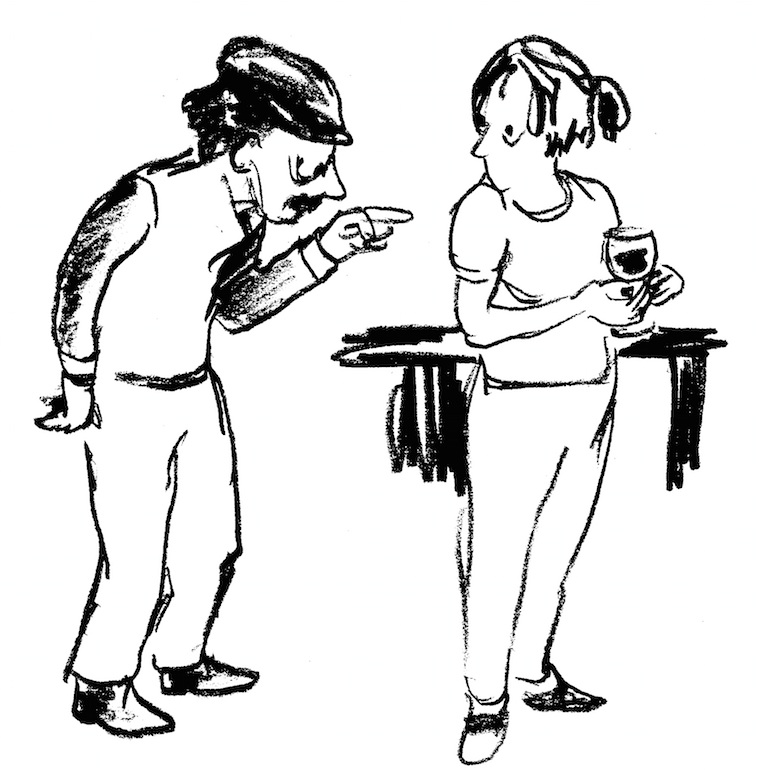 Andy’s wife was a person who invariably, at any social gathering, ended up cornered by a gesticulating freak. 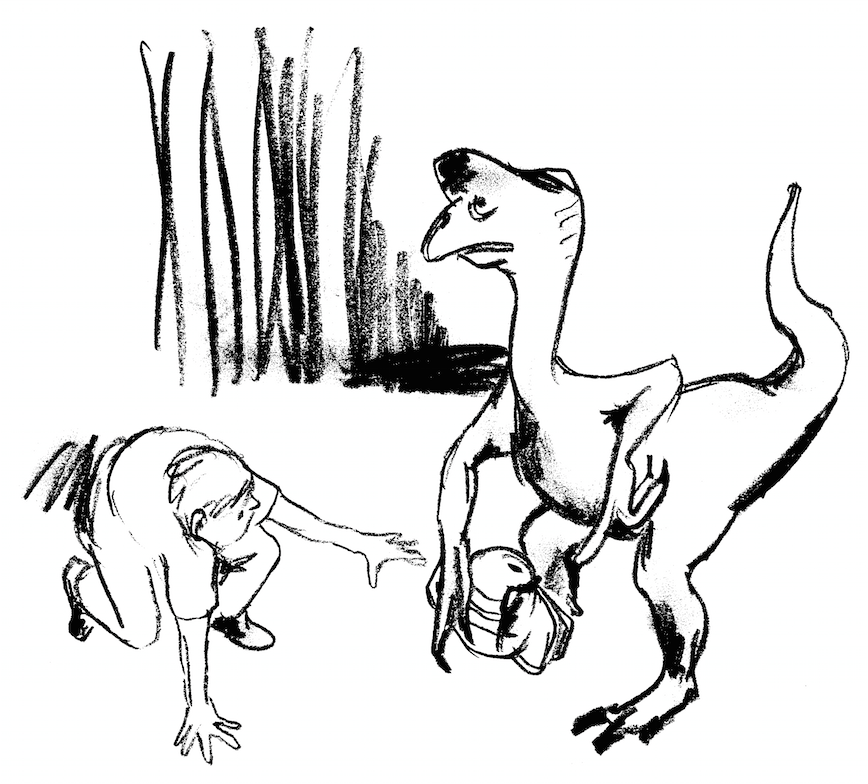 “The scientist who discovered and named the oviraptor had founds its bones on top of a nest of eggs. He surmised that the dinosaur was snatching these eggs, raiding the nest for food. But now scientists are taking another look at these creatures, and they think maybe this male oviraptor was not stealing the eggs, but maybe he was guarding them, being a good dad. Maybe he was taking care of the nest. And all this time, you know, he’s been getting a bad rap.” 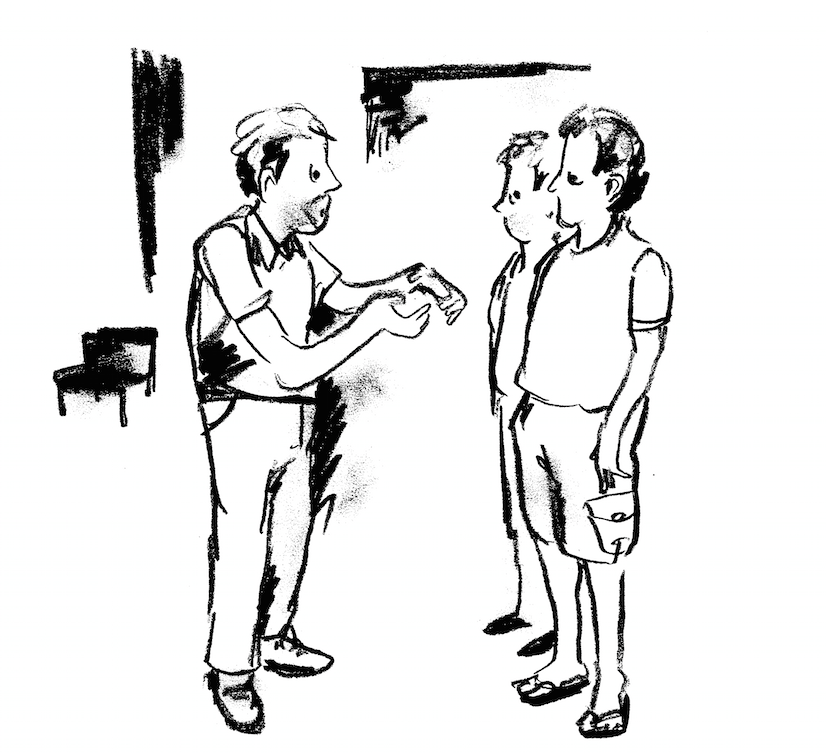 Gill demonstrated, with his hands, the size of the kitten he had found beneath his gazebo. Chad nodded, far more troubled by Gill’s gazebo than by his kitten. 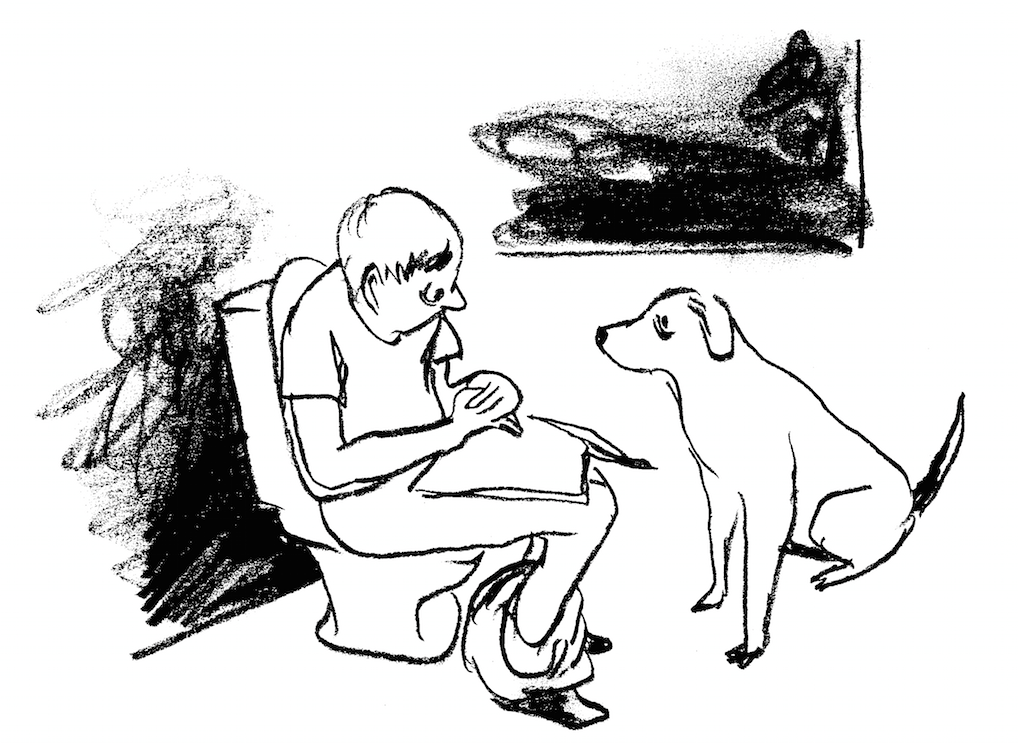 “My dog came into the bathroom … and I honestly think he was judging me. I was down at his level, sitting on the toilet, and I just think he totally lost respect for me. I could see it.” 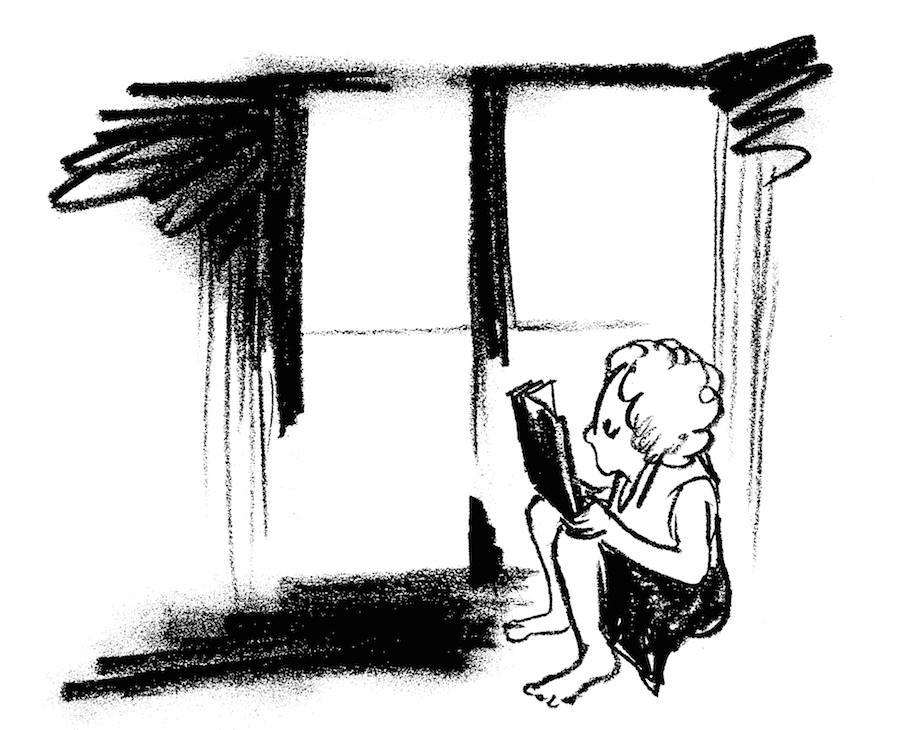 Whenever Peter comes home now, his daughter is reading. He was so anxious for her to learn to read, so worried when she showed little interest, but now that’s all she does. She doesn’t even talk to Peter anymore. She just sits in corners, knobby knees pulled up to her chin, the book held over her face like this, like a veil.

Watch: Chris Bachelder talks to Lit Hub at the National Book Awards on continuing to edit his book “The Throwback Special.” 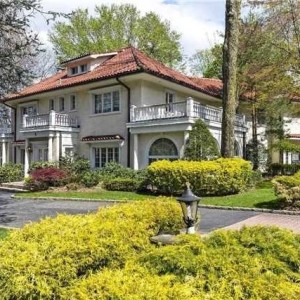