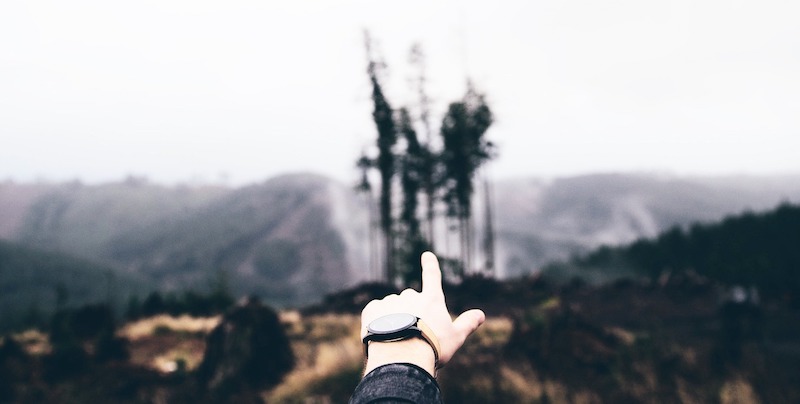 The Three Words That Almost Ruined Me As a Writer: ‘Show, Don’t Tell’

Sonya Huber: "Tell. Tell me everything."

When I learned “show, don’t tell,” I thought I’d discovered a guide that would never fail me. And sure, it was good for me, in the way training wheels help in learning to ride a bike. The directive countered a school-based tendency toward abstraction and vagueness. I got firmly on board. I had no idea how much damage those three words would do after I’d depended on them for too long.

Detail makes the mimesis machine start. Chicken soup and a broken figurine of a ceramic goose—there, they make a second life happen, built on images. And details—pancakes, clenched fists, rainfall—were all I ever wanted, all I ever hoped for as a writer. The details are divine, and we should caress them, as Nabokov instructed. In many ways, the practice of writing is a practice of learning to re-see the world.

“Show, don’t tell” isn’t a way of reframing William Carlos Williams’ “so much depends upon a red wheelbarrow,” or that brilliant phrase “no ideas but in things” from his poem, “Paterson.” I know the real goal of “show, don’t tell” is to force a discipline that encourages the writer to see subjectivity emerging through those details. But that sentence—that command—doesn’t say that. It’s saying specifically don’t tell. And we need to just stop saying it to another generation of writers.

I know that many nonfiction and fiction writers, for good reason, tell their students to “show and tell” rather than to simply “show.” In fiction, internal narration—the telling—creates a world, as Steve Almond beautifully describes in his essay, “Let Us Now Praise Unfamous Men,” about the novel Stoner. He recounts a revelation in reading the book: “What matters is not the quality of a particular life, but the quality of attention paid to that life.” This seems to draw us toward “show, don’t tell,” but Almond stresses that Stoner lured him to resist “our readiness to privilege action over contemplation.” If Stoner is showing, it is showing the inner life, the murky boundary of internal action erased by “show, don’t tell.”

I tell my students “Show and tell,” and yet even in 2019 I am disturbed by how often they come into my class, having taking fiction first, telling each other in workshop, “Show, don’t tell.” This is in the water of creative writing pedagogy, and we need to end it, because it leaks between genres and becomes a mantra, the easiest and therefore seemingly the most clear, most unquestionable.

In the real world, watching our action would be akin to constant dissociation. Instead, we feel things, we say things to ourselves, and eventually we come upon subject matter and then to the scenes.

I came into writing nonfiction already believing that my thoughts were messy, convoluted, and not worth much. I then learned that the things that happened to me, the things in the scenes, were my only material. I had to watch and re-watch the movie of myself from the outside, doing nothing, in moments of great pain that failed to capture the truth of my experience. I looked for important actions in my life—things like burning down the barn or shaving a dying man or catching a trout and gutting it, man things—and saw nothing. I saw a girl crying a lot.

If we reduce life to nouns and verbs, we orient toward certain kinds of external action as “more exciting.” Evaluating our lives cinematically makes us prefer certain stories over other stories. It means that certain stories don’t get told. We know that if we reduce ourselves to actions and surface details—what can be seen—many of us will disappear.

I came of age when creative nonfiction was just starting to be offered in MFA programs, and so many of my professors were also fiction writers. We said “show, don’t tell” in nonfiction workshop. I’m sure I said it to myself and to others. I wrote nonfiction during the memoir boom in which a woman’s narrative—the narrative through-line, the scene—was what mattered.

I managed to write a wild and weird first book, the story I simply had to tell about my family. But it was so hard and messy, and at the time it felt like a massive failure, even after publication. I had this idea that, for my second book, I might make something clean, something with a simple shape. I wrote a whole book of memoir impelled by the false silver mirage of “show, don’t tell” on the horizon. If I could get there, if I could starve my sentences of myself, I’d produce a formula of my life that would succeed as a novelistic memoir.

I focused on shutting up, on making scenes, on not gabbing on and on about my thoughts, on not reflecting. I did this before I had a real voice to begin with, or after I’d lost the voice I’d once had. I killed it to be pure. To watch and to transcribe.

“Show, don’t tell” is a way to build a book out of scenes. I accumulated scenes.

This was also during the time in which I was numb, watching my life from far away, trying to leave a difficult and abusive situation. Yet all I could do was watch the scene unfurl. I collected scenes, but I couldn’t find within myself the details that would set me free. The longer I stayed, the more dramatic it got. Yes, this is true. Good for drama, bad for the character.

I thought, somehow, that if I cleansed myself of any reaction, I would be thin as paper and therefore safe.

Today the imperative sentence resonates with all the creepiness of forcing someone to keep a secret. For many of us, “don’t tell” in other forms has been a tight constricting rope that has mangled our voices and changed our books and the years of our lives.

I haven’t told. Two or three horrible things have happened, and the wide anonymous world of readers doesn’t know.

I have been good. I have told many therapists. I have never told my readers, have I? Never. I have paragraphs, compressed and dehydrated, from the years of struggle. I have these pressed flowers.

Muriel Rukeyser predicted that “the world would split open” if “one woman were to tell the truth about her life.” I didn’t write those worst scenes, because it would have upended my life and in a few moments put me in danger. I was careful. I was protecting not only myself but others. So that left a memoir that was too quiet. Because I never thought that it was okay to write about what was going on, in a voice that lived and breathed. To say that I was angry. To stop watching my life.

Some of our students are pirates and badasses. They won’t follow the rules anyway, and good for them.

Other students are dog-paddling in private dunk-tanks of terror or depression, and they are trained already to anxiously do what they are told. They might only have stories of vague fog, the un-showable. They need to believe that interior monologue and private thoughts matter. That thinking differently, that considering, is as important as action.

The more times we tell people with trauma, people who have been marginalized, not to tell, the more we are putting the whole world in danger.

When I was taking a sculpture class in college, I sewed a kind of wall hanging about secrets I had to keep. I wrote things on pieces of paper and tucked them into bumps and layers in the fabric. I sewed pockets shut. I kept my secrets safe. I made art out of the things that I assumed I would never be able to say. I don’t even know where that wall hanging is now, but the thought of it breaks my heart. I wanted to show what it was like to be me.

A writer of nonfiction discovers their own authority by telling. The good essays tell. They pronounce. They manifesto. They ask and wonder and feint and layer. Their first drafts begin, though, with shy observations and many, many apologies that what they have thought might seem weird and they are sorry they are taking any of your time at all.

I’d loved the essay, but I hadn’t really learned, even in graduate school, that I was writing memoir chunks in scenes and that I could wonder more. I didn’t understand that “voice” meant “telling.”

Then the essay saved me. It took until I was 40, with a re-learning and a reorientation to teach in a new way, to understand that I can tell you what I want to say. My authority comes not from details and forward motion, but from a deep place in my gut where my 48 years of experience have tangled like fishing line.

All of my real and most dramatic action and scene has begun with an exquisite internal sensitivity tuned to the inside weather. For example, sitting on a couch, I once felt a newly-dead friend sort of reach through my shoulders into my organs. All he said was, “Go.” And I knew I needed to leave that terrible situation. I’d waited for ten years for the world to show me a sign.

It’s the binary and the dualism that’s the problem, as if “showing” and “telling” were our only options. We have so many selves we could be, so many modes. We have the knower (explainer-theorizer-abstracter); the teller; the describer; the wisher; the dreamer; the secret-keeper; the doubter. The noticer, the tangent-maker, the joy-tracker. We mean “more detail.” We mean “get into the moment and taste the dirt.” Then associate it with other dirt and other moments. We mean pay attention.

Describe what you see outside and what you feel inside, how the scene inside shifts and whirls and changes in your ribcage and in your skull, how chocolate and rain taste and what they remind you of. Feel things. And say them. Tell. Tell me everything. Tell me a story. Tell me the truth. Tell me lies. Tell me what you want to say.

Tell so that we may all be less alone. 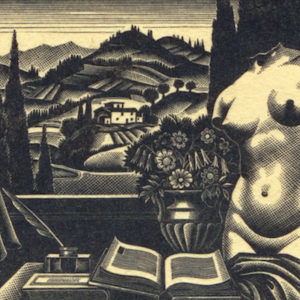 Every book lover knows that books borrowed often become books lost. Perhaps you loaned a book to an excitable guest, knowing...
© LitHub
Back to top