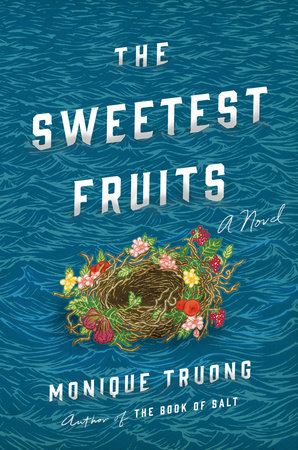 The following is an excerpt from Monique Truong's novel The Sweetest Fruits Truong was born in Saigon and currently lives in New York City. Her first novel, The Book of Salt, was a New York Times Notable Book. It won the New York Public Library Young Lions Fiction Award, the 2003 Bard Fiction Prize and the 7th Annual Asian American Literary Award among others. She is the recipient of the PEN/Robert Bingham Fellowship, Princeton University’s Hodder Fellowship, and a 2010 Guggenheim Fellowship.

Patricio Lafcadio Hearn was born hungry. I could tell by the way that he suckled. From the first time that his mouth found the nipple, he was not wont to let it go, his eyes opened and unblinking, watching and daring me to tug myself from him.

His elder brother, Giorgio, my first blessed one, had to be coaxed and tricked. The tip of my little finger dipped in honey was what he took first into his rosebud mouth. Then, patiently, I would guide him to my breast, where honey and milk would mix. This soothed him, but it was not enough to keep him. Giorgio shared my milk with Patricio for less than two months.

I beg of you do not call them “George” and “Patrick.” Those are not their names. Their father’s language is not mine.

Even before I was certain that there would be a blessed second, I suffered his appetite, which was growing in me swift and strong. Patricio demanded of me the small things from the sea. Whelks, which no one sold because the people on Santa Maura, same as on Cerigo, the island where I was born, would not buy something that they could gather like pebbles at the shore. In the mornings, I would leave my first with Old Iota, the only woman on our lane with no children of her own, in order to bend over the wet sand until I felt lightheaded or until my basket was full. Patricio wanted the whelks boiled, their spiral of flesh removed one by one. He allowed me olive oil and lemon juice with them but never vinegar.

When there was no longer a doubt and whelks became too difficult for me to collect, Patricio insisted on cockles, of which there were sellers because cockles were found on the sandbars far from shore, where the tide came in like the hand of God.

To lose your life for mere cockles is a curse as old as the sea, and may you never hear it spoken.

Like his father, Patricio disliked garlic. He purged me of all foods, even the favored cockles, if they took on its flavor. I would whisper to him that these cloves were the pearls of the land, holding them close to my swollen belly so that he could become accustomed to their scent, but he was not to be con- vinced. He emptied and emptied me again until I was starving. I soon gave up on the hope of garlic and steamed the cockles open with a sliver of shallot instead. Patricio could not get enough of those briny creatures. It took buckets of them to fill us.

To be a daughter is another curse as old as the sea.

During the last months when we were one, Patricio confined us to sea urchins, their egg-yolk bodies scooped onto chunks of bread. Every day, to make sure that we had enough, Old Iota paid four boys to wade into the shallows at low tides, where these spiny orbs darkened the water like the shadows of gulls flying overhead. Fattened on this fare, day in and day out, I took on such weight that I could take only a few steps around the bed, an animal tied to a stake.

By then Charles—the father of Giorgio, Patricio, and soon, God willing, my blessed third—was already on another island, in waters so far away that I could not understand the distance between us. Before his ship set sail, Charles had told me the exact nautical miles between the islands of Santa Maura and Dominica, but a long string of numbers was as useless to me as the letters of an alphabet.

When I open my mouth, I can choose between two languages, Venetian and Romaic, but on paper I cannot decipher either one. When I was young, I had begged to join my elder brothers in their daily lessons, but my father refused. He said that if I ever left his house, I would enter into the House of God or the house of my husband. In either structure, there would be a man present to tell me what was written and what was important to know.

My father was not thinking about a man named Charles Bush Hearn from the island of Ireland when he told me my fate. My father was not a man of original thoughts. He repeated what came out of the mouths of other men, primarily those of nobility, minor like himself. He taught my two brothers to do the same. They all believed that this echoing made them wise and far wiser than me.

To be a daughter is another curse as old as the sea, and I was born hearing it.

Giorgio was six months in this world, and Patricio was five months in me, when Charles left us in Lefkada town, on Santa Maura Island, in the care of Old Iota. When I first met her, I could see that she was not really old. I recognized her as the woman who lived a few doorways down from mine. She and I had never traded words. If I were to be honest with God, I never traded words with any woman on that lane until my firstborn, Giorgio, had left it shrouded in myrtle leaves. After my saint of a boy, my shadow of a child departed before a full year of life, I wanted to blame God, to curse Him with all the profane words that I had heard my brothers use against Charles and me, but I did not. I needed Him to be there for Patricio.

But what was I to do in the face of absence and silence?

Giorgio had been denied the Sacrament of Holy Baptism because of my sins. The Orthodox Church did not want his soul when he was born to me, and the Orthodox Church did not want his soul upon his leaving me. There could be no funeral service for Giorgio among the Icons, the censers, and the beeswax candles. No “Holy God, Holy Mighty, Holy Immortal, have mercy on us” intoned three times. No “Blessed are those whose way is blameless,” which so rightly described my blessed first. No “With the Saints give rest, O Christ, the soul of your servant where there is no pain, nor sorrow, nor suffering, but life everlasting.”

The full weight of what I had done broke me on that morning of sunlight and rain when I could not wake Giorgio from his sleep. I wanted to throw my worthless shards onto the cobblestones and let passersby grind them into dust with the heels of their shoes, but I had to gather them up for Patricio. I could not fail two sons. I did not know then that there would be a blessed third who, God willing, will be another son.

At the graveside, I held on to Patricio’s sleeping body so tightly that Old Iota had to pull my arms apart so that he could breathe. There were three of us that afternoon, taking in air. The farmer, who had dug the small basin of dirt among his quince trees for an indecent price because he knew that it was there or the sea, refused to be present, as if hiding in his house meant that God would not see his greed. As sunlight poured down upon us, I knew in my heart that it was not God who had rejected my son. It was men who had rejected him. Perhaps that thought was another of my sins. Perhaps I added to my tally by intoning three times “Holy God, Holy Mighty, Holy Immortal, have mercy on us.”

Old Iota sucked in her breath when she heard those words coming from my mouth. We both knew that at the graveside they belonged in the mouth of a priest. But what was I to do in the face of absence and silence? Giorgio was my child and a child of God. I knew both to be true. I listened to my heart that day, and it was a fist pounding with anger. My heart opened my mouth. My mouth pleaded, even if to no avail, for my blessed Giorgio.

Cradled in my arms, Patricio slept. He must have felt my body trembling when the farmer emerged at last from his house to shovel dirt, cleaner than himself, onto my blessed one. Patricio must have heard the summer soil crumbling as it hit the myrtle leaves and then the small wooden box beneath. It was the sound of a sudden downpour, and it made me look up at the sky. The date of Giorgio’s passing, August 17, 1850, I have committed to memory, but it was this rain of dirt that marked when my blessed one was taken from me, when the distance separating his body from mine became eternal. Words and numbers could never do the same.

From The Sweetest Fruits by Monique Truong, published by Viking, an imprint of Penguin Publishing Group, a division of Random House, LLC. Copyright © 2019 by Monique T. D. Truong.

The cover for Hilary Mantel's The Mirror & the Light has been revealed. . . 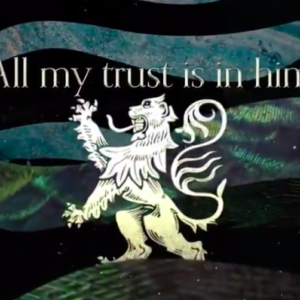 The cover for Hilary Mantel's The Mirror & the Light has been revealed. . . Sort of. In truth, American fans will have to wait a little longer to see what image will be gracing the cover of the US version...
© LitHub
Back to top