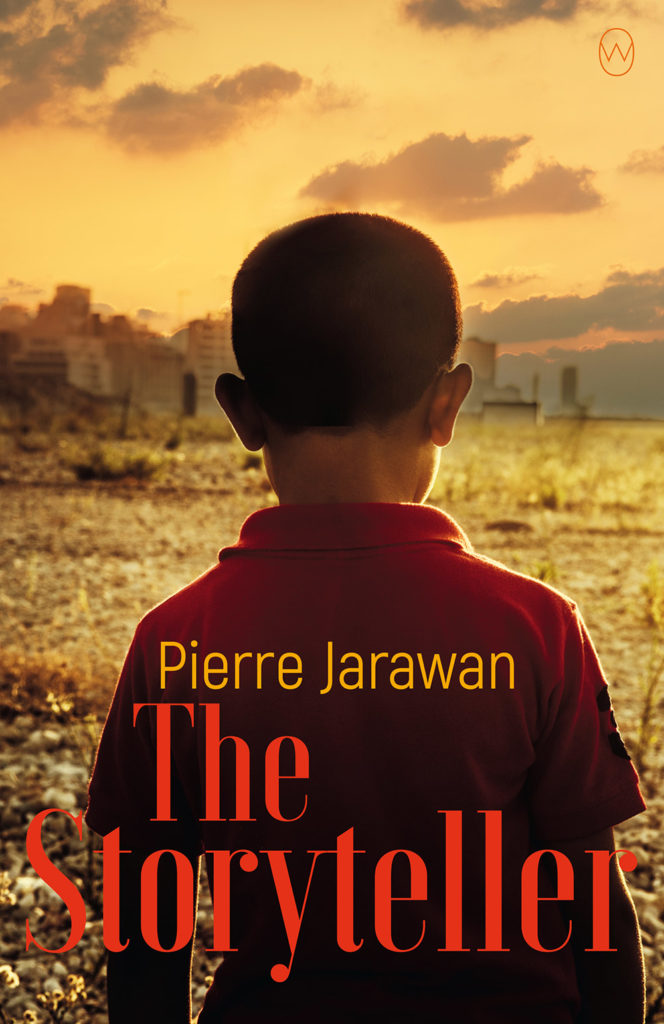 The following is from Pierre Jarawan's novel The Storyteller. Samir leaves the safety and comfort of his family’s adopted home in Germany for volatile Beirut in an attempt to find his missing father, his only clues an old photo and the bedtime stories his father used to tell him. Pierre Jarawan has won international prizes as a slam poet, and in 2016 was named Literature Star of the Year by the daily newspaper Abendzeitung. He received the Bayerischer Kunstförderpreis from the City of Munich for The Storyteller, which went on to become a bestseller in Germany and the Netherlands.

To me, it all smelled new. The boxes we’d moved our stuff in were still piled in the corners of the apartment, and the smell of fresh paint drifted like a cheerful tune through the rooms. Everything was clean. Most of the wardrobes and cupboards had already been assembled; odd screws and tools still lay around—an electric drill, a hammer, screwdrivers, extension leads, a scattering of wall plugs. In the kitchen, the pots, pans, and cutlery had already been stowed. We had even polished them before putting them away, and the rings on the stove were gleaming too. We’d never had such a big and beautiful home before. It was like an enchanted castle, crumbling a little with age but steeped in the splendour of bygone days. All that was missing was some bright curtains, a few plants, and some photos of my parents, my sister, and me. I could already see them hanging beside the TV wall unit. There’d be a blown-up family photo by the living-room door too. You’d see it every time you went out into the hall, which is where I was standing now.

I stuck my head into the living room. Hakim was sitting in front of the TV, which was showing nothing but snow and static noise. He saw me, smiled, and raised a hand in greeting. Hakim was my father’s best friend. I had known him my whole life and I loved his idiosyncrasies. His shirts were always crumpled, and his hair stuck out every which way, lending him the appearance of a scruffy genius you’d love to take a comb to. His inquisitive eyes darted around in their sockets, which gave him the slightly startled look of a meerkat, only more rotund. Hakim is one of the kindest people I’ve ever met, always willing to listen and never short of a joke or some friendly advice. These aspects of his personality are foremost in my memory, despite the things he kept from me for so many years. He and his daughter, Yasmin, had been daily visitors in our old apartment, and when we moved to this address they took the apartment below us. To all intents and purposes they were part of the family.

When Mother and I went out with the salad and flatbreads, the smell of grilled meat was in the air. Some moustachioed men were sitting around a shisha pipe on the small patch of grass. The smell of the tobacco—apple or fig, I don’t really remember—was pleasant, though it made me slightly dizzy. Two men were playing backgammon. Someone had found three sets of folding tables and chairs and set them up in our courtyard, and some of the women were setting them with paper plates and plastic cutlery. Kids were playing in front of the shed amid repeated warnings not to go out on the road. There were at least two dozen friendly strangers milling around in front of our building. Gradually, more people from our street came along. Some of the men had children in their arms. Women in ankle-length dresses arrived bearing huge pots of food.

There’s one thing you should know about my father, a rule I saw proved many times—no one ever refused an invitation from him. Everyone accepted, even if they’d never met him. It was a warm summer afternoon in 1992 when we moved in. I remember it well. We’d left behind the tiny social-housing apartment on the outskirts, where we’d never really felt at home. We had arrived at last, bang in the middle of the town. Now we had a lovely spacious home, and Father was up on the roof tightening the nuts on a dish that was pointing at a satellite orbiting the earth at a fixed position in relation to us. All was well.

“Are you ever coming down from that roof?” Mother called up to him.

“Not till we get it working,” he called back, taking the spanner Khalil handed him. The men around me nodded politely at Mother.

“Ahlan wa sahlan,” they said. Welcome. A man tapped me on the shoulder. “What’s your name, young man?”

“Let me carry that for you, Samir,” he said, smiling and taking the salad bowl from me.

All of a sudden we heard Arabic music coming from our living-room window. A few seconds later, Hakim’s face appeared, bright red.

“Are you sure it’s not tennis?” Father shouted from the roof.

“Music!” shouted another man, jumping up. And before I knew it, this stranger grabbed me by the hands and had me dancing in circles, hopping from one leg to the other and twirling like a merry-go-round.

“Louder, Hakim!” Father called down. Hakim disappeared from the window. Moments later, Arabic music was reverberating from our living-room window out onto the street. Drums, tambourines, zithers, fiddles, and flutes blended into a thousand and one notes, followed by a woman’s voice. People began to dance, clapping to the rhythm. The children twirled in unsteady circles. The men picked them up and spun them around while the women cheered and trilled with excitement.

Then everyone lined up, arms across each other’s shoulders, to dance and stomp the dabke. It was crazy. It was magical! At this moment, there was nothing that would have indicated we were living in Germany. This could have been a side street in Zahle, the city where Father was born at the foot of the Lebanon Mountains. Zahle, city of wine and poetry, city of writers and poets. Around us, nothing but Lebanese people, talking and eating and partying in Lebanese fashion.

Then Father came out of the house. He was limping a little, as he always did if he’d been exerting himself. But he was smiling and dancing in quick little steps, whistling to the music, with Hakim and young Khalil in tow. The other dancers created a path for him, slapped him on the back, hugged him, and welcomed him too with an “Ahlan wa sahlan”.

I looked over at my sister, who was clinging in wonder to our mother’s leg, her big round eyes taking in all these people who greeted us like old friends, like a family they knew well, a family that had been living here for ages.

–Translated from the German by Rachel McNicholl and Sinéad Crowe

From The Storyteller by Pierre Jarawan. Used with permission of World Editions. Translation copyright 2019 by Rachel McNicholl and Sinéad Crowe. 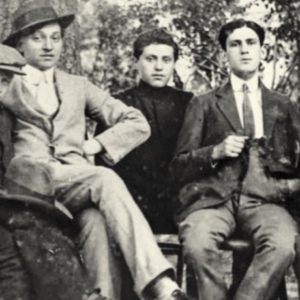 Lit Hub Daily: April 17, 2019 “Trust Exercise is surely a mosaic of deceit, fused from narrative bits, calling into question the reader’s quaint...
© LitHub
Back to top