An Ode to Cliché, Cigarette, and Fireball Wilson Roberts Green

Perhaps in the last few days you have spent a bit more time than usual around your pets. Or perhaps, like one member of the Literary Hub office, you’ve chosen this moment to finally pull the trigger on adopting that puppy you’ve always wanted. Life is short and dogs can’t get COVID-19, so what the hell, right? For those with animals on the brain (or on the lap) who still find themselves in need of a little entertainment (or a name for your new family member), I started digging into the names famous writers gave to their pets—and more importantly, why. My findings are below. Happy pet naming, new owners.

Jorge Luis Borges had a cat called Beppo, “named after a character in a Lord Byron poem about a man who is lost at sea.” Lord Byron himself also named one of his cats Beppo; apparently Byron’s Beppo enjoyed drinking milk from a skull. 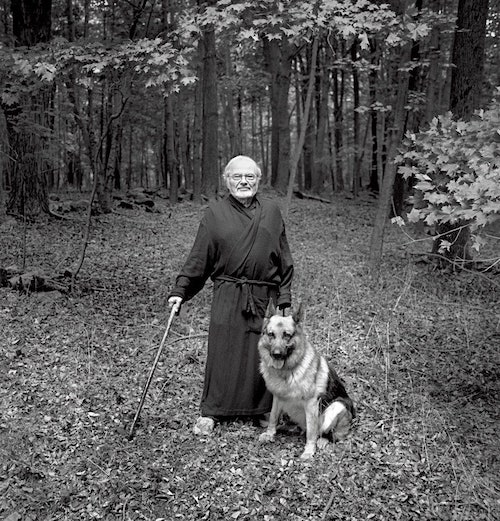 Maurice Sendak named his dog Herman (“who is a German shepherd of unknowable age, because I refused to ever find out. I don’t want to know. I wish I didn’t know how old I was.”) after Herman Melville, one of his most cherished “gods.”

The full name of John Green’s West Highland Terrier? Fireball Wilson Roberts Green. “He was named,” Green explained, “for the alcoholic bulldog in James Crumbly’s novel, The Last Good Kiss, but we called him Willy because, as the vet put it, he’s “Willy Willy cute.” 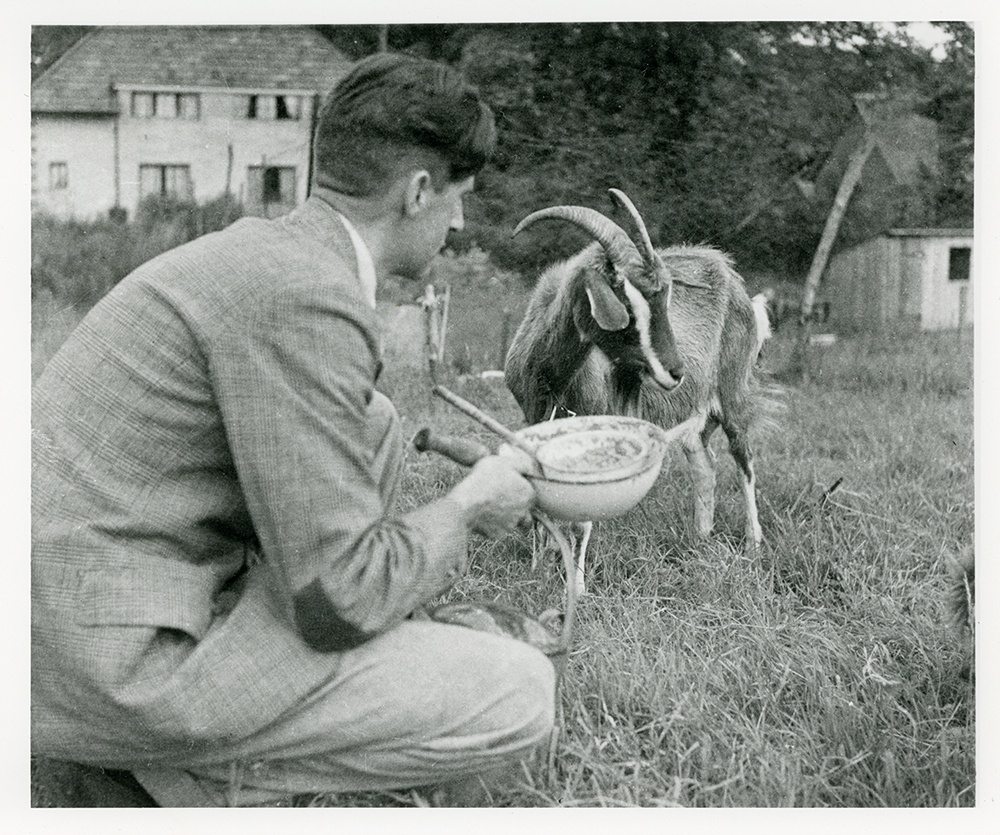 George Orwell and his wife, Eileen, had a goat named Muriel—she was named “with Eileen’s sense of mischief after one of Orwell’s aunts.” As you may remember, a goat by the same name appears in Animal Farm, where she is one of the most literate and likable characters in the book.

According to Hemingway’s Cats, Papa “felt cats liked to hear the sound of “s” in their names and christened one Stephen Spender, which was changed to Spendthrift and shortened to Spendy. Spendy’s brother was named Shakespeare, changed to Barbershop and later again changed to Shopsky. The third kitten of the triplets was named Ecstasy.”

Albert Camus had a cat named Cigarette. I suppose we can all guess why. 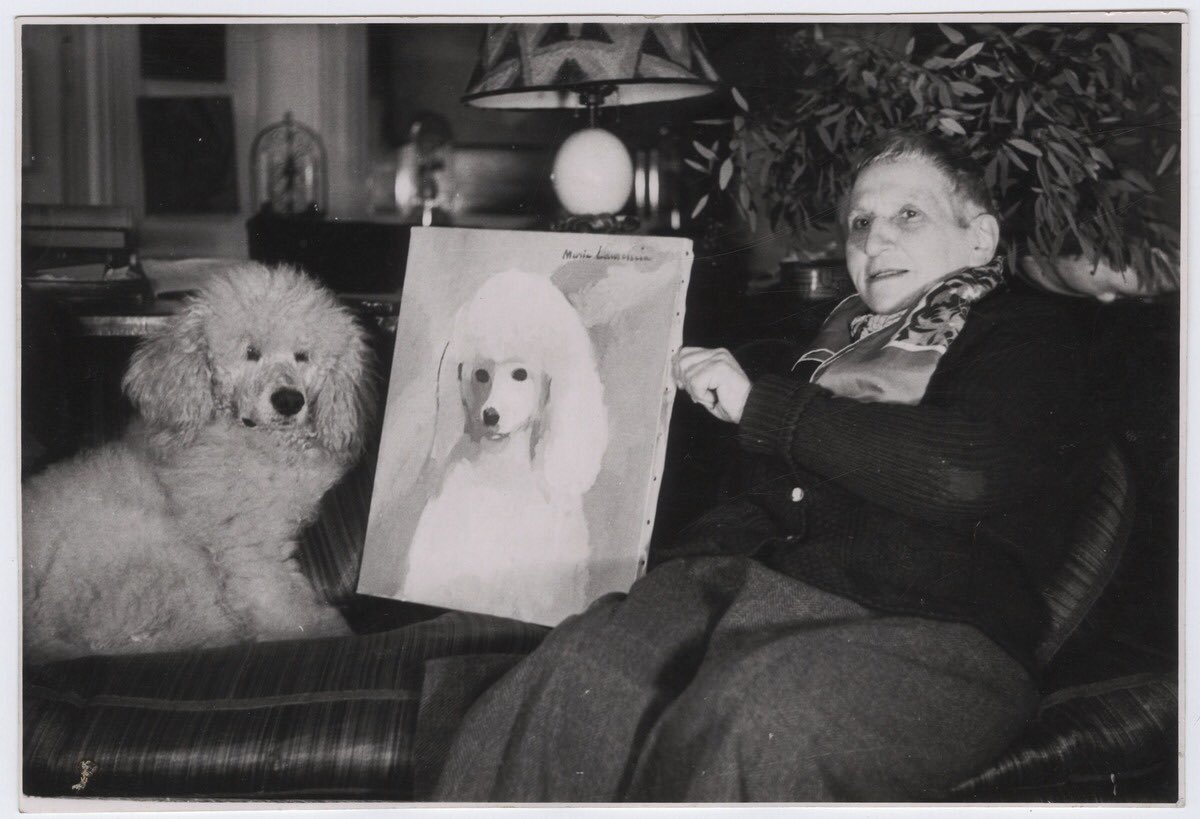 Gertrude Stein and Alice B. Toklas had a white Standard poodle named Basket—named by Toklas, according to AnOther, “who felt he was so fashionable that he should carry a basket of flowers in his mouth (a feat he never accomplished).” Basket was bathed in sulfur water every day, and was eventually replaced by Basket II.

If you’ve spent any time with the work of Edward Lear, you know he had an “unattractive” tabby cat named Foss—but I for one did not know that in fact his full name was Aderphos, a variant of Adelphos, Greek for “brother.”

Mark Twain had many cats, up to 19 at once, and named them, among other things, “Abner, Motley, Stray Kit, Fraulein, Lazy, Buffalo Bill, Soapy Sal, Cleveland, Satan (found on the way to church)—who was renamed Sin when Twain realized she was a girl—Famine, Pestilence, Sour Mash (said to be his favorite cat who “had many noble and engaging qualities, but at bottom she was not refined, and cared little or nothing for theology and the arts”), Appollinaris, Zoroaster, Blatherskite, Babylon, Bones, Belchazar, Genesis, Deuteronomy, Germania, Bambino, Ananda, Annanci, Socrates, Sackcloth, Ashes, Tammany, Sinbad, Danbury, and Billiards (there is a photo of Twain tucking a kitten into the corner pocket of a pool table so it might entertain itself with the billiard balls).” Why? Apparently it was “to practice the children in large and difficult pronunciation.” 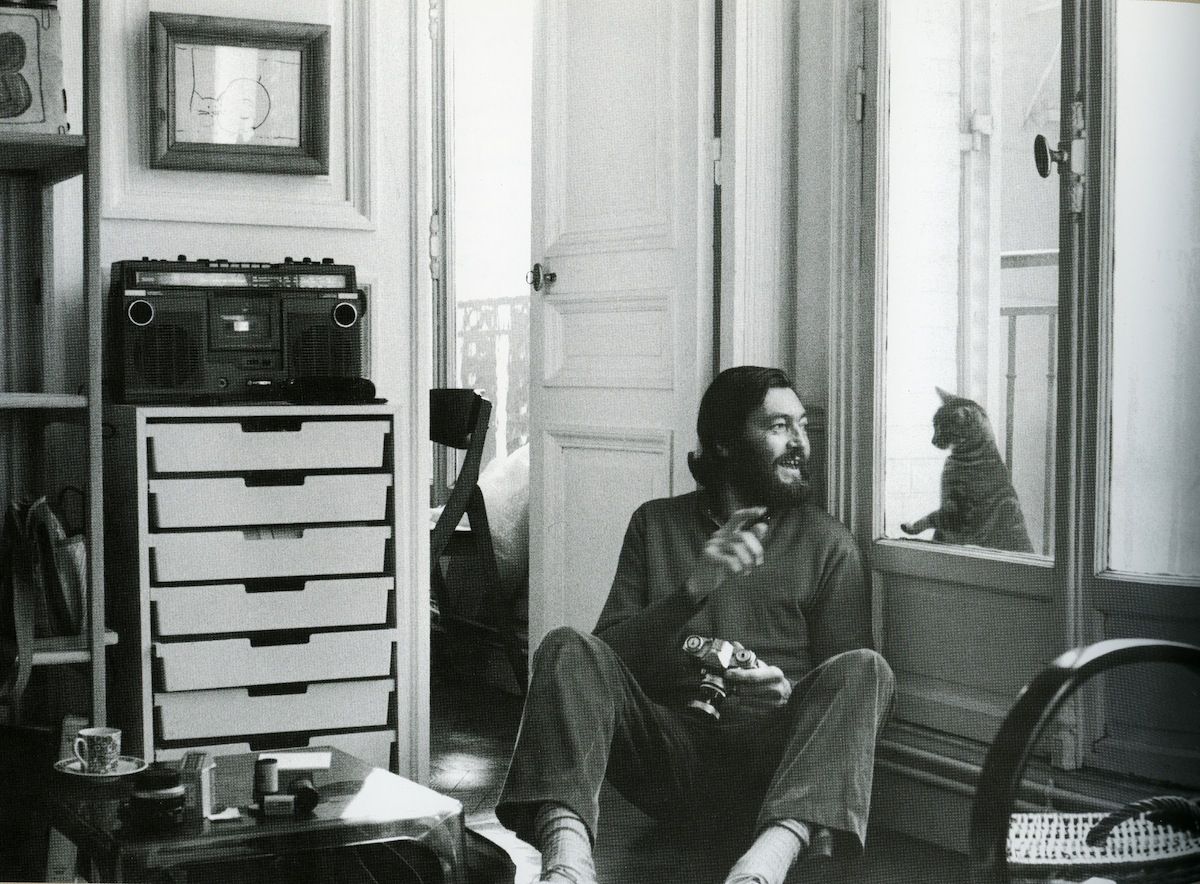 Julio Cortázar named his cat Theodor W. Adorno, after the German sociologist and philosopher. He is always referred to by his full name.

Why ever did Elizabeth Barrett Browning name her cocker spaniel “Flush”? After all, we know she loved him. Turns out Browning’s Flush was a gift from Mary Russell Mitford, whose dog was also named Flush—Browning’s Flush was one of the puppies of Mitford’s Flush. Still no joy on finding out where Mitford came up with the name, though. 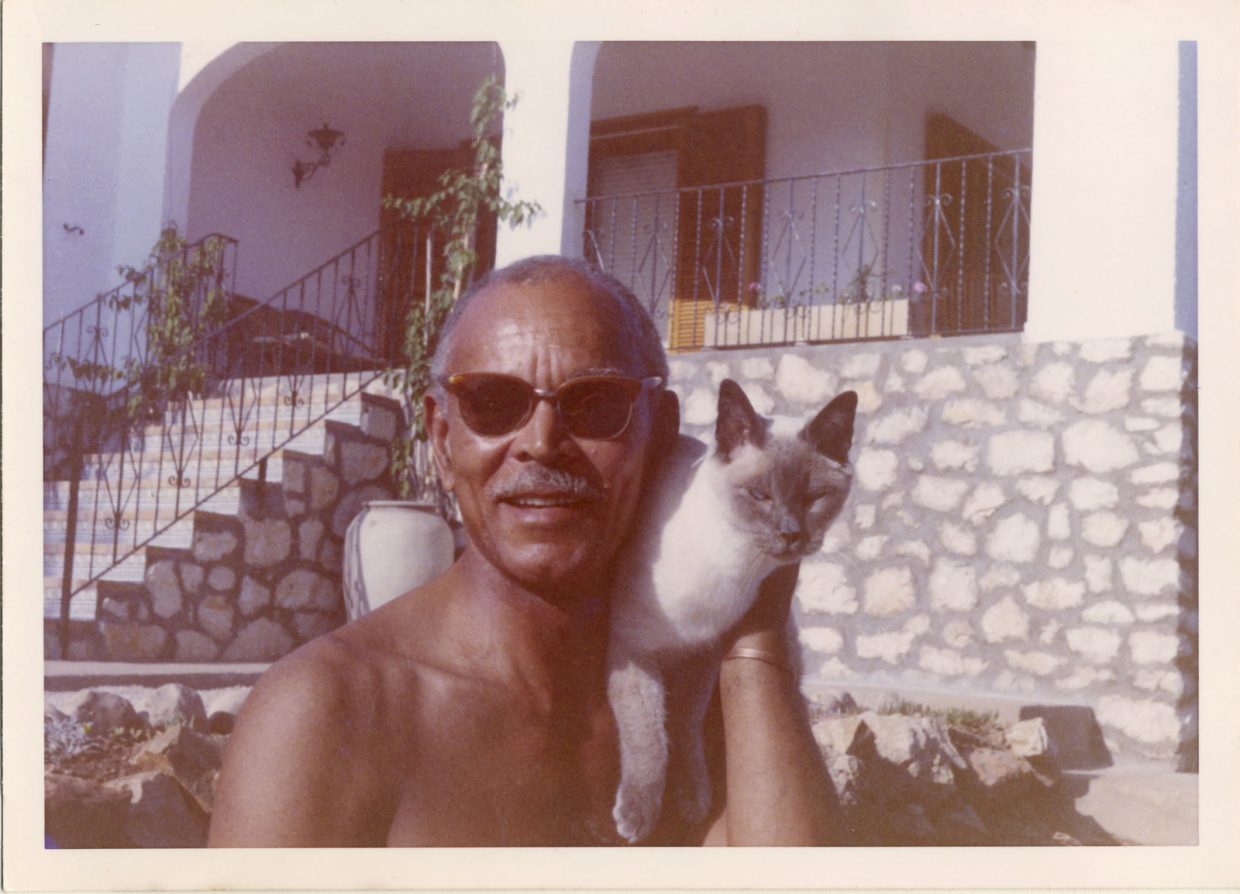 Chester Himes, for his part, had a blue-point Siamese called Griot, who was “named after the magicians in the courts of West African kings.”

I suppose there’s no reason Thomas Hardy would name his cat Kiddleywinkempoops, except maybe to shame him. Mercifully, he also had a nickname: Trot. “But perhaps,” one writer muses, “that was because he was a bit mean. It would save on the cost of the inscription on the cat’s gravestone. Hardy had his own pets’ cemetery that he made at Max Gate, his house in Dorset.”

Téa Obreht and Dan Sheehan (the aforementioned Lit Hub staffer) just got a brand new puppy named Gully—short for Gulliver, and named after the Labrador retriever of the same name in the book Different Dragons, by Jean Little, which Obreht read as a child. 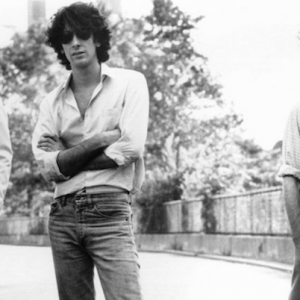