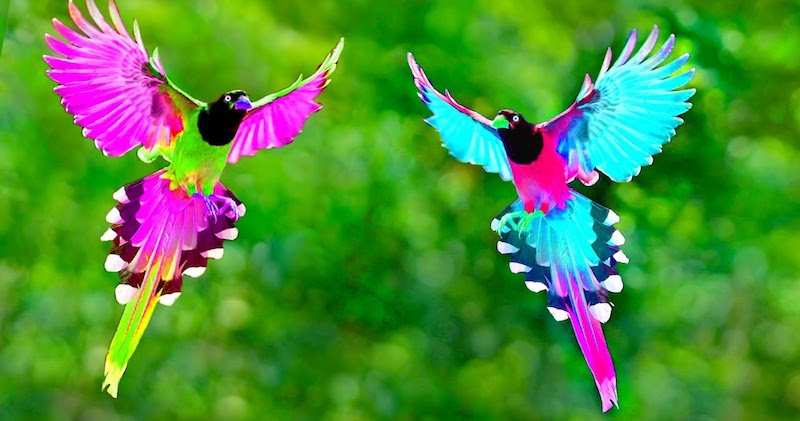 Even If, and Especially Because, You Think They're Pretty

A few years ago, I was at a reception inaugurating the school year when an art historian I know tapped me on the shoulder. Was I still writing a book about birds, he wondered, because he had drafted a poem he wanted to send me.

I wasn’t surprised. Everybody has a bird story, I’ve learned. Sometimes they have several. And they’re always ready to share.

It turned out that the poem, when it arrived in my inbox a few days later, had been inspired by Albrecht Dürer’s “Wing of a Blue Roller” (1512). The watercolor appears, the art historian had written, to be a mere anatomical study, and yet Dürer’s splayed wing, separated from the body it once belonged to, unfolds a full spectrum of color from shoulder to tip. Dürer’s accomplishment, according to the poem, is his glimpse of the macro in the micro.

And yet, charmed though I was, I hesitated: did the artist himself cut the wing from the body to produce his model? Had the art historian missed the more brutal motif, the severed wing? “It is no small irony,” Bill Bryson once wrote, summing up the paradox of “nature,” “that for the longest time those people who were the most interested in the natural world were also so skilled at exterminating it.”

Back then I was very much in the throes of researching and writing Bird, and I had grown accustomed to hearing people frame birds in a sentimental light. Birds were pretty. They were ennobling. They were redemptive.

My version of nature has always been more like the filmmaker Werner Herzog’s, perhaps best exemplified by Grizzly Man (2005) and its tragic story of bear aficionado Timothy Treadwell: nature, though beautiful, will eat you alive. And while I’ve never heard of any birds eating a live person (although cassowaries and ostriches, among others, can be lethal, and in the Tibetan practice of sky burial vultures dine on humans), I have always suspected these feathered creatures have more in common with grizzlies than it might seem.

The more I read the more I wondered if it was time to start hating on birds.

I never had to wait long, on the other hand, when people told me their stories, for birds to become something hopeful or nourishing or true. Oddly enough, there was rarely much consideration of what the storytellers were projecting, of the human needs birds met for them.

Consider the balding friend of a friend I once met in an art gallery, a white photographer in his fifties who lived in a house on the Susquehanna River. He was an avid birder, I learned, and on his property he saw everything from hummingbirds to eagles.

What was it about birds that captivated him, I asked. He stared at the landscape on the wall for a moment, a lively rendering of the river, before saying that he had been in Trinidad a couple of years earlier. He had encountered a large group of British birders there, all dressed in green and carting expensive gear. It was like something out of a movie, he said, too exaggerated to be real. He spoke with one member of the group—a man with a particularly large scope—and asked, as I might have, why he went to such lengths to see birds. The guy investigated war crimes for a living, the photographer told me. Birds were his escape.

It’s a costly escape, however, both in terms of the outlay and the carbon. Which means it’s not exactly sustainable, much less available to everyone. The more pernicious part of the story, though, is the investigator’s implication that, like a hot bath or a day off, nature is inherently restorative and good.

In his essential book After Nature (2015), Jedediah Purdy critiques this tendency to hold up “as the universal spirit of nature” what is in fact “the favored bauble of a declining elite.” In this country, Purdy writes, interpreting nature has often been “the special preoccupation of educated white Protestants, especially traditional elites with roots in New England and the Upper Midwest.”

“Privilege and nostalgia,” he continues, inform our environmental imagination “and they are someone’s privilege and nostalgia in particular.” Our vision of nature, in other words, has been shaped by those with the “refinement,” and the means, to enjoy it. Seen in this light, our national parks are little different than “the aristocratic English gardens of the 18th and 19th centuries, which deliberately shaped parts of the landscape to show off the educated eye of their owners.”

And that’s not even the worst of it. What I discovered in my deep dive into the ornithological literature was a reflection of the colonialism, racism, homophobia, and misogyny that have been the unfortunate hallmarks of our history. The more I read the more I wondered if it was time to start hating on birds. Why, after all, would anyone defend a nature so corrupt at its foundations and in its practices, and what alternatives might actually benefit the birds, maybe even their imperiled human neighbors? How might we rethink the human/nature divide so as to save ourselves?

My opposition to a cheapened and infantilized nature (which is also somehow divorced from humanity) is about ethics.

That hate would seem to be completely at odds with birds—how could anyone dislike them?—is not just a stunt, as my title might suggest. It’s the tip of the wedge I want to insert between us and our bird fetish, a way to call into question our larger conceptions of nature, to tease out the sharp angles enthusiasm has effaced.

From the beginning, Bird has been about hating on the ways we love birds, not the birds themselves. Because merely loving the natural world hasn’t done it a whole lot of good, and if the millions of dead birds in natural history collections are any indication—however vital a resource these collections may be—it’s done a fair amount of harm.

The 19th-century English essayist William Hazlitt famously wrote that “without something to hate, we should lose the very spring of thought and action.” To Hazlitt, nature was “made up of antipathies,” as illustrated by the example with which he opens: that of a spider crawling across his floor. “The spirit of malevolence,” he wrote, “survives the practical exertion of it,” and so while he bore the spider no ill-will, even refusing to crush it, his aversion nonetheless provided the impetus for the essay, demonstrating his point that antagonism rouses our thinking, sets it in motion.

Back in June of 2015, before catastrophic kinds of hate (as opposed to dialectical ones) had overtaken the national discourse, Lara Langer Cohen and Brian Connolly invoked Hazlitt in proposing a reconsideration. “What would it mean,” Cohen and Connolly asked, “to think about hating as a mode of pleasure, solidarity, imagination?”

“We hate some things,” they wrote, “because we love others so fiercely.” Viewed in this way, my opposition to a cheapened and infantilized nature (which is also somehow divorced from humanity) is about ethics, just as “to hate things injurious to human survival and flourishing—racism, patriarchy, Ronald Reagan, and so on—and to do so loudly, unrelentingly, and disruptively” is about defending an ethical position.

Hating on birds is, for me, about believing another world is possible. It’s about discovering new ways to engage with and to nurture the nature of which we are a part, ways that are neither cynical nor precious, cold-hearted nor romantic. I don’t want to care about nature from the secure redoubt of an expert or a master. I want to critique from the troubled position of a comrade. 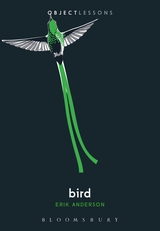 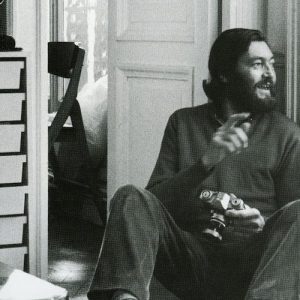 Perhaps in the last few days you have spent a bit more time than usual around your pets. Or perhaps, like one member of the Literary...
© LitHub
Back to top
Loading Comments...