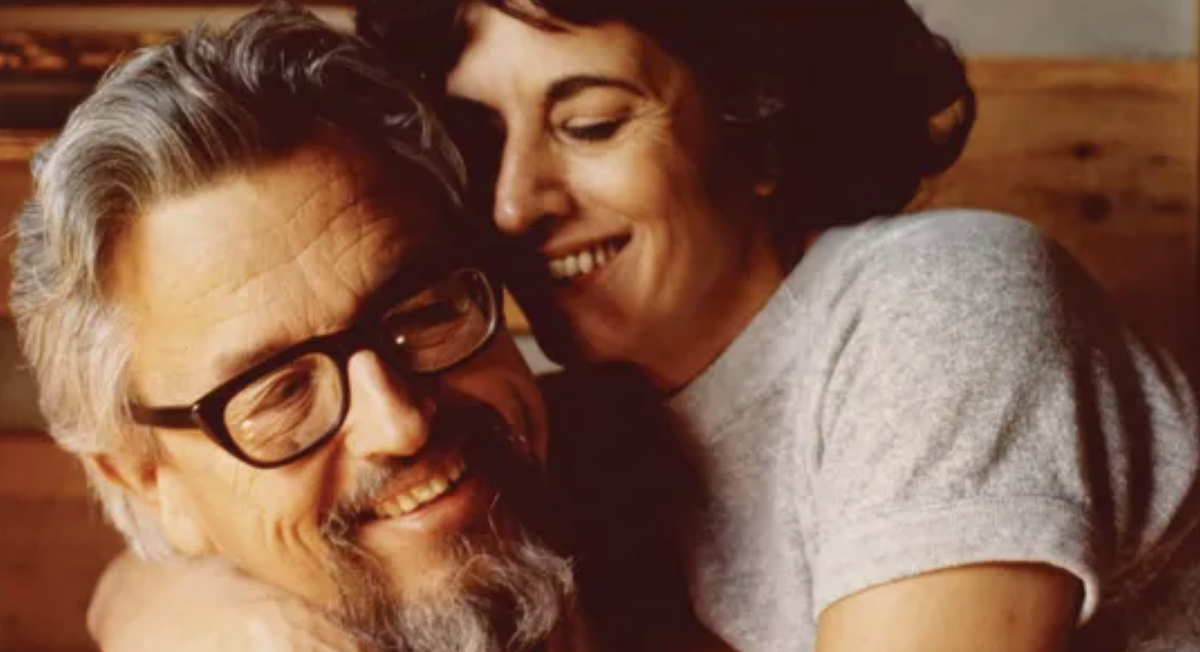 Via University of Oklahoma Press

On the Bryants' Contributions to Nashville's Musical Identity

By Bobbie and Bill Malone

The Bryants rolled into Nashville on September 1, 1950, towing their seasoned but battered and road-weary trailer behind their new Buick. Like the boll weevil described in the Tex Ritter ballad, they were “just lookin’ for a home.” They returned to Rainbow Trailer Court where Lonnie Polk had accepted them so warmly that desperate night about one year earlier. Rainbow and other related parks had already gained the reputation as “hillbilly heaven,” because of the high number of country musicians living there. Felice joked that they included the “wannabes, would-bes, and weres.” But one of the trailer parks once had been the residence of the “king of country music,” Roy Acuff. Such an environment allowed Boudleaux and Felice to find easy camaraderie among their fellow musicians, sharing potluck suppers and occasional drinks at the café and ballroom on the premises.

Boudleaux did not lack for work in their new city of choice, but from 1949 onward, the demanding job of song-plugging with Nat Tannen kept him away from home more than he or Felice might have anticipated. While no longer making one-night stands as a musician, he was often on the road. These grueling trips involved constantly visiting musicians, disc jockeys, and jukebox vendors in cities around the South, promoting records and soliciting new songs. Sometimes his itinerary took him through Moultrie where he could spend some time with his parents. But the longer and more punishing drives to places such as Louisville, Atlanta, Birmingham, Jacksonville, and even New York City, meant lonely nights in hotels—without the anchoring of family—and dealing with the temptations of alcohol when wooing DJs and prospective clients. Those temptations also existed in Nashville, since Boudleaux often found it necessary to provide alcoholic libations for local musicians and DJs. His expense accounts, for example, list bottles of whiskey for Cowboy Copas and Guy Willis, and a bottle of wine for Chet Atkins.

Nashville, though, would have presented a forbidding environment for the Bryants without the presence of Fred Rose. In their first four years, Rose became a constant confidant and mentor to Felice and Boudleaux, introducing them to the vagaries and machinations of the music business and giving them vital pointers about the way a song should be written. The fact that both Boudleaux and Fred had been alcoholics gave them a special way of relating to each other and understanding life. They spent many hours discussing Rose’s belief in the wondrous qualities of Christian Science, the religious faith he credited both with saving his life during an earlier suicidal period and with keeping him sober afterward.

Felice did not meet Rose until he drove out to the trailer park to see them, in late 1950 or early 1951. “My first impression of Fred was through Boudleaux, so I loved what I was hearing. And then when I met the man, well, that solidified it. I was in love. I never met a more beautiful person, next to Boudleaux.” In addition to his kindness, charm, and unselfishness, Felice was also intrigued by Fred’s sartorial elegance, by his tendency to wear flannel slacks, a silk shirt, and a fedora. They trusted Fred so completely that when Del and Dane were still preschoolers, the boys had to memorize a telephone number—CY78591—that they should call if they were ever in need of help when they were left in a babysitter’s care. That phone number was the office of Acuff-Rose.

While these personal characteristics were endearing, Felice and Boudleaux felt that they also owed Rose a life-changing indebtedness. His patient tutelage helped them identify and tailor songs that appealed to the singers who needed them and their fans who welcomed them. They had not earlier aimed their songwriting at any target audience, and some other mentor might have turned their interests toward pop, Broadway, or another form of music. Working with Rose’s well-informed guidance, they chose and helped to grow both country music and Nashville’s identity with the genre.

On the whole, Nashville was not an easy or welcoming city for blue-collar musicians. With a population of 321,758 in 1950, the progressive city nevertheless still exhibited marks of its rural past even as it struggled with its evolving identity. One student of Nashville history, Benjamin Houston, said “anyone looking to comprehend Nashville’s history must hold these tensions in place—rural and urban, polished elites and gritty common folk, a backward-looking past, and a forward-looking gaze—to discern the city’s character.” The civic elite justifiably took great pride in the city’s educational and cultural assets. They proudly touted its fine universities (both white and black) and the replica of the Parthenon, constructed in 1897 to grace the site of Tennessee’s Centennial Exposition that was held  in Centennial Park.

The same elite had mixed feelings about the influx of country folk who gathered at the Ryman Auditorium every Saturday night to enjoy an evening of hillbilly music, and about the entertainers who were busily producing phonograph records that circulated throughout the nation. Remembering those early days in the city, and the people who looked down on both the music and those performing it, Felice said: “I thought Nashville was one great gigantic blue nose.”

Working with Rose’s well-informed guidance, they chose and helped to grow both country music and Nashville’s identity with the genre.

In contrast to the high cultural aspirations held by many, the rustic and restless nature of the Rainbow Trailer Court indicated that Nashville, for all its pretensions to the contrary, housed a hardworking, hard-scrabble, and growing country music community with slender means—but big dreams. Like the Bryants, most of these music-making folks hoped to gain a more permanent foothold elsewhere in the city. To the bewilderment of the established cultural elites, these same hillbillies, in fact, were putting their city on the map. Thinking of the throngs who attended the Grand Ole Opry and of the recording sessions held in the city increasingly since 1949, announcer David Stone at WSM Radio had earlier described Nashville as Music City, USA, a title that heralded its prominence down through the years. Martin Hawkins, the most astute observer and chronicler of the emerging music scene in Nashville, has shown that small recording companies and producers had been hard at work since the late 1940s utilizing the talent of local musicians.

In 1954 Owen and Harold Bradley inaugurated the era of Music Row—a cluster of studios that defined Nashville’s prominence as a recording center—when they established their own operation on Sixteenth Avenue South. Songwriter Thomas Schuyler later commemorated this area, and the young men and women who sought fame there, in his song “Sixteenth Avenue.” The lyrics describe these songwriters arriving “from the corners of the country, from the cities and the farms/with years and years of living tucked up underneath their arms.” But well before this time, people like Hank Snow, Eddy Arnold, Ernest Tubb, Carl Smith, Jimmy Dickens, Red Foley, Hank Williams, and other Nashville-based performers were already dominating jukeboxes across the country. Led by Hank Williams, they were beginning to see their songs “covered” by such pop entertainers as Joni James, Frankie Laine, Sarah Vaughan, and Tony Bennett.

The Bryants came to Nashville at exactly the right moment. They encountered a burgeoning country music community ripe and eager for professional songwriting, with only a handful of songwriters available—and none of these full-time. Nashville’s country musicians tried to create their own material or they borrowed from an inherited storehouse of traditional songs and ballads or from those composed on Tin Pan Alley in New York City. They needed and welcomed the songs that Boudleaux and Felice had come to town to write. Once in Nashville, the Bryants realized more than ever that they were doubly blessed by their association with their mentor, Fred Rose, and with the relationship with Nat Tannen that Rose had successfully seeded on their behalf.

The Tannen connection brought in a small check each week, but Boudleaux more than earned his keep. While he now had stationery that described him as “Boudleaux Bryant, Southern Representative, Tannen Music,” traveling, song-plugging, and cultivating relationships kept him under a great deal of stress. Both he and Tannen fretted when DJs failed to send in their weekly reports to the Billboard charts, since that failure meant that singers, songwriters, and record producers were not getting their due or the chart recognition they otherwise would have received.

Through these fortunate relationships and his earlier performance on WSB in Atlanta, Boudleaux was already pretty well known among musicians in Nashville. One of them, Chet Atkins, who arrived in Nashville that same year, was delighted to learn that Boudleaux was already there. Chester Burton “Chet” Atkins was living on a farm near Hamilton, Georgia, when he first became aware of the name and music of Boudleaux Bryant. Hearing the broadcasts of Hank Penny’s Radio Cowboys on WSB in Atlanta, Atkins was impressed by the fiddling of one of Penny’s musicians. This, he thought, was no ordinary hillbilly. Chet appreciated that Boudleaux played music with a tinge of Stephane Grapelli–inspired jazz. Atkins’s introduction to Boudleaux’s fiddling came “during the ASCAP radio war, when most music played was public domain material. Boudleaux would play the melody on a tune such as ‘Jeannie with the Light Brown Hair,’ and then he would play a chorus in a light swing fashion. This was brand new to my ears and nearly blew my mind.”

From Nashville’s Songwriting Sweethearts by Bobbie and Bill Malone. Excerpt used with permission from the University of Oklahoma Press. 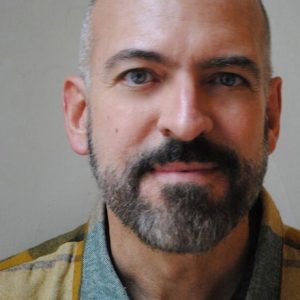 Maris Kreizman speaks with Paul Lisicky about Later, his coming-of-age story set in Provincetown, MA in the time of the AIDS...
© LitHub
Back to top