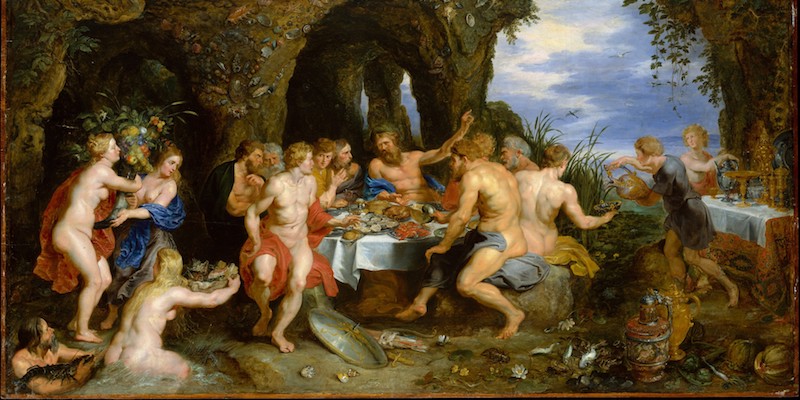 The Secret History‘s tragic flaw is that the group is simply not fun enough.

I recently reread Donna Tartt’s Dark Academia classic The Secret History—published 30 years ago this month—for the first time since I was a young identity-less Classics student myself. On the whole, I found the book as enjoyable as I remember (and was also struck by the degree of the homage in Tana French’s The Likeness). One thing I noticed on this read that did not occur to me once the last time is just how little fun the group is, even at the novel’s beginning.

All of them, to me, seemed highly unapproachable. But I watched them with interest whenever I happened to see them: Francis, stooping to talk to a cat on a doorstep; Henry dashing past at the wheel of a little white car, with Julian in the passenger’s seat; Bunny leaning out of an upstairs window to yell something at the twins on the lawn below. Slowly, more information came my way. Francis Abernathy was from Boston and, from most accounts, quite wealthy. Henry, too, was said to be wealthy; what’s more, he was a linguistic genius. He spoke a number of languages, ancient and modern, and had published a translation of Anacreon, with commentary, when he was only eighteen. (I found this out from Georges Laforgue, who was otherwise sour and reticent on the topic; later I discovered that Henry, during his freshman year, had embarrassed Laforgue badly in front of the entire literature faculty during the question-and-answer period of his annual lecture on Racine.) The twins had an apartment off campus, and were from somewhere down south. And Bunny Corcoran had a habit of playing John Philip Sousa march tunes in his room, at full volume, late at night.

Listen, I get it—rich people who are also sort of mean to you can be very appealing. The initial attraction completely checks out. It’s what happens after Richard gains tenuous entry to the group that seems—to my mid-thirties sensibilities, anyway—less convincing.

Richard’s first real social encounter with a member of the a group is his disastrous lunch with Bunny, wherein Bunny tries to stick him with the check. Bunny sucks, but this is by design. The real problem is, they all kind of suck. Here’s Tartt’s description of Richard’s first dinner with the five of them:

Much of the talk centered around events to which I was not privy, and even Charles’s kind parenthetical remarks of explanation did not help much to clarify it. Henry and Francis argued interminably about how far apart the soldiers in a Roman legion had stood: shoulder to shoulder (as Francis said) or (as Henry maintained) three or four feet apart. This led into an even longer argument—hard to follow and, to me, intensely boring—about whether Hesiod’s primordial Chaos was simply empty space or chaos in the modern sense of the word.

Oh my God, Richard! Come on, man—even Cloke Rayburn must be better than these people. At least his drugs are actual drugs, not just three days of fasting. Granted, things get better when Richard starts spending more time with the group, but that much better.

“I was surprised by how easily they managed to incorporate me into their cyclical, Byzantine existence,” Richard says. Sounds… fun! He and and Charles go on drives together, and he has a crush on Camilla, and they all have elaborate picnics, and Bunny continues to suck. These do sound like friends I would have enjoyed in college, to be fair—and maybe even now. (Granted, Henry does save Richard’s life, which does tend to strengthen one’s loyalty.) Still, the whole “voluntarily and even eagerly becoming an accessory after-the-fact to one murder and actual accomplice to another” thing did leave me wanting the group to be just slightly more fun. If only because while the others at least got to experience an honest-to-gods Bacchanal before their academia went full Dark, and all Richard got were endless lectures about the Ancients and a few picnics.

Maybe everyone else at Benningt-, er, Hampden, really was obnoxious enough that this rendering of the group constitutes wish fulfillment. Or maybe this is simply a novel best enjoyed by someone younger, for whom recklessness comes as easily as devotion. (Though in fairness, I dropped ancient Greek my second semester in college. I simply couldn’t hack it.)