Askold Melnyczuk on the Assault on a Country’s Literature

For Carolyn Forche, because she asked.
“This is what power really is: the privilege of ignoring anything you might find distasteful.”
–Oksana Zabuzhko
*

“We must thank fate (and the author’s thirst for universal fame) for his not having turned to the Ukrainian dialect as a medium of expression, because then all would have been lost,” wrote Vladimir Nabokov in his 1959 study, Gogol. He continued: “When I want a good nightmare, I imagine Gogol penning in Little Russian dialect volume after volume….” What he calls the “Little Russian dialect” is none other than the Ukrainian language, which is about as close to Russian as Spanish is to Italian.

Nabokov’s dismissal of the Ukrainian language reflects a position taken by countless Russian writers and intellectuals over the last century. Such attitudes have consequences. It’s not much of an exaggeration to say that this prejudice has contributed to the slaughter of millions of people and is a significant factor in the war currently being waged by Russia against Ukraine. Putin has expressly stated that he has attacked Ukraine in order to protect the large Russian-speaking population of the easternmost region of the country, known as the Donbas.

Ukraine is the only country I know of that was dreamed into existence by a poet. Born a serf in 1814, Taras Shevchenko was freed from slavery by the efforts of fellow artists. The painter-poet then took on himself the mission of telling the story of the indigenous people of Ukraine in their native tongue. For this the Russian empire punished him with decades of exile and imprisonment—this despite the fact that he wrote his prose in Russian. His Ukrainian-language poetry, however, had the effect of solidifying and fortifying the indigenous people’s sense of themselves. Ever since, poets have held a singular importance for the culture.

Language can readily become an instrument of oppression. The history of Russian censorship of its own poets is well known thanks largely to Nadezhda Mandelstam’s account of her husband Osip’s trials in Hope Against Hope, and its sequel Hope Abandoned. Less well known is the way Russia exerted its hegemony over its colonies.

Ukraine is the only country I know of that was dreamed into existence by a poet.

In 1863, two years after serfdom was abolished in the Russian Empire, the Russian minister of the interior, Petr Valuev, introduced a ban on Ukrainian-language publications—though, interestingly, the prohibition didn’t extend to fiction, perhaps because the genre was not widely developed in Ukraine yet.

Thirteen years later, in 1876, Emperor Alexander II, while enjoying a spa treatment in the German town of Ems, took time to issue a policy statement further restricting the use of Ukrainian. The new law, which was kept secret from the population, outlawed all publications in Ukrainian, including books imported from abroad. The policy also rendered illegal theater productions and performances of songs in Ukrainian. Russia feared that the indigenous peasant population might began to demand human rights and undermine Russia’s imperial claims. The prohibition wasn’t abolished until 1905.

The assault on Ukrainian culture reached a fever pitch under Stalin in the 1930s. And I don’t think there’s a Ukrainian writer alive today who isn’t aware of what happened during what I call the “aborted renaissance.”

In 1930 some 260 writers actively participated in the country’s literary life. By 1938 only 36 remained on the scene. Surveying the fates of the missing speaks volumes about the leitmotif of that decade: Of the 224 MIAs, 17 were shot; 8 committed suicide; 175 were arrested or interred; 16 disappeared without a trace. Only 7 died of natural causes. Belorussian culture was similarly decimated and thwarted by Stalin.

Freed from the yoke of empire, Ukraine has become a cosmopolitan nation in which identity is not determined by language.

The crime for which writers and intellectuals in former Soviet republics were punished was that they dared aspire to autonomy and cultural independence. That Russia remains so threatened by the mere existence of other languages and cultures is a psychosis worth exploring. Racism can take many forms. To skin color and religion one must add an inexplicable insecurity about the shape words take on the page, the sounds they make in our mouths. Behind the paranoia lies the fear that long-buried crimes against indigenous communities might finally see the light of day.

What might once have seemed like ancient history, a record of one of the most terrible periods of the 20th century, was given fresh urgency and relevance with the publication of what historian Timothy Snyder describes as Russia’s “Genocide Handbook,” published on RIA Novosti, Russia’s official state news agency site, on April 3rd, just a few days after the discovery of the mass murders by Russian soldiers in Bucha. As Snyder describes it:

The Russian handbook is one of the most openly genocidal documents I have ever seen. It calls for the liquidation of the Ukrainian state, and for abolition of any organization that has any association with Ukraine. Such people, “the majority of the population,” …more than twenty million people, are to be killed or sent to work in “labor camps” to expurgate their guilt for not loving Russia. Survivors are to be subject to “re-education.” Children will be raised to be Russian. The name “Ukraine” will disappear.

Men hep tavas a golas y dyr is the only line I know in Cornish. From a poem by the great British poet Tony Harrison, it translates to mean “the tongueless man gets his land took.” While Ukraine has never been tongueless, it has long appeared that way to the world. No more. Freed from the yoke of empire, the country has become a cosmopolitan nation in which identity is not determined by language.

Today, dozens of presses are rushing out translations of work by Ukrainian writers, whether they’re written in Ukrainian, Russian, Belarussian or Crimean Tatar. What kind of shelf life they’ll have remains to be seen. But one thing is certain: after this, no one will be able to call Ukraine a non-nation again. It is at best a modest consolation.

Askold Melnyczuk is an American writer whose publications include novels, essays, poems, memoir, and translations. Among his works are the novels What Is Told, Ambassador of the Dead, House of Widows and Excerpt from Smedley's Secret Guide to World Literature. 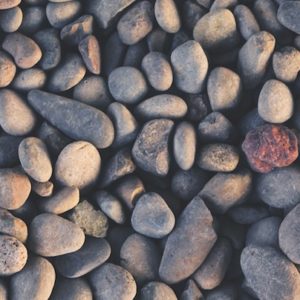 One August afternoon in 2018, after lunch and before my father's nap, my younger sister, Timmie, and I sat down with him in his living...
© LitHub
Back to top