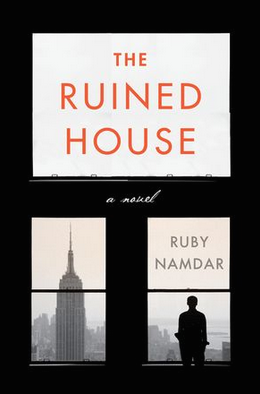 The following is from Ruby Namdar’s novel, The Ruined House. “In The Ruined House a ‘small harmless modicum of vanity’ turns into an apocalyptic bonfire. Shot through with humor and mystery and insight, the novel examines how the real and the unreal merge. Ruby Namdar's first book, Haviv (2000), won the Israeli Ministry of Culture’s Award for Best First Publication. The Ruined House won the 2014 Sapir Prize.

Sunday, ten thirty a.m. The city was still half-asleep. The clean, quiet streets gleamed in the bluish light. In front of the building, a no-longer-young father in a baseball cap was teaching his son to catch a fly ball. Even such an absurdly urban scene, the narrow strip of sidewalk a makeshift outfield, bespoke the freedom of an America that refused to be fenced in. So, for thousands of generations, hunters and warriors had handed down their skills in mime and movement, just like this father enacting the major league center fielder for his son who lapped it up eagerly, leaning forward with his tongue sticking slightly out.

Ann Lee’s car was parked near the corner of 108th Street. Andrew, thinking with a smile of her girlishly sweet body still cuddled beneath the blanket, had to move the driver’s seat back to squeeze into it before readjusting the rearview mirror. Walter had taught him and his brother, Matthew, to play ball, too, displaying the same expertise he had mowed the lawn with every Saturday in a white polo shirt, his tanned biceps visible beneath its short sleeves. Tall and proud, he had mowed one precise square of grass after another without having to look down. The car glided along Broadway. A few early customers sat in the sidewalk cafés and restaurants, first swallows of the flocks that would wait their turn for Sunday brunch in long lines. How many years had it been since he first read Portnoy’s Complaint? The grotesque description of the Jewish father whose attempts to play ball with his son only revealed his un-American ineptness. A wonderful, masterly bit of prose! Andrew had taught it several times in classes dealing with the body as a vehicle of social identity. It was hard to imagine a greater antithesis to Roth’s caricatured father than Walter Cohen. You couldn’t have been ashamed of Walter even had you tried to be. He had the body language of America, the entire American lifestyle, down pat. Left at 96th. Amsterdam Avenue. Columbus. Right on Central Park West. The flower stands of the delis were celebrating the early spring. Is 96th Street open through Central Park on Sundays? Better to cross at 86th and turn right past the Met. Their lawn was always trim. New Rochelle wasn’t the Lower East Side, not by a long shot. It was no place to look for what his mother called “your typical Jewish shambles.” Until when were her visiting hours? Alison gets out of Sunday school at twelve. If we leave Linda’s at two, we’ll be at my mother’s by three or three fifteen.

Alison’s attachment to Andrew’s mother was amazing. By the time she was old enough to know the difference, Ethel was already a shadow of her old self. Lately, she had even started calling her “Bubby.” Where did that come from? We never called her that. Can she have picked it up in Sunday school and decided every Jewish grandmother is a Bubby? When did she begin reinventing her Jewish roots? Right on Fifth. How nice this part of town is. The Met’s first visitors were drinking coffee on its steps, soaking up the sunshine before entering. There’s an exhibit of the latest Thorntons and the new installation center was opened yesterday. Eileen wrote something about it for the Times, I have to talk to her. All of New Rochelle’s houses had identical lawns, as if planned by a single landscape architect. E Pluribus Unum. What better proof could there be of the vitality of the American dream than its big suburban lawn? Since the sixties, we’ve been aggressively socialized to believe that individualism is good and conformity is bad, but there’s another side to it—the freedom to assimilate that was every immigrant’s thanks to the uniformity of the now derided American melting pot, the target of every armchair social critic’s barbs. Who dares speak today of conformity’s liberating power, of the blessed sameness of American life that freed one and all from Europe’s constricting categories of class, religion, and ethnicity? It’s precisely the alleged prison of middle-class homogeneity with its mass-produced neighborhoods and jobs that made possible America’s unrestricted, unprecedented, almost anarchic freedom of choice. Whoever wanted to join the New Society could do so. The only price of admission was mowing the lawn every Saturday in a white polo shirt. Left at 65th and east all the way to York, then south on the FDR to the Brooklyn Bridge. It was eleven o’clock. The streets were still almost empty. There would be time to stop at the bakery in Park Slope and buy the bagels Linda had asked him to bring.

The standard gift of IBM shares that Walter and Ethel Cohen gave their newborn sons was less a calculated economic investment than a symbol of the normative, responsible, middle-class ethos of work and saving. For the young Cohens as for most of their generation, the idea of freedom, so central to the American experience, meant above all freedom from want—or, to put it differently, from anxiety about tomorrow. Along with the archaic dress, the docile body language, and the ceaselessly muttered prayers of the ghetto, the new American Jew had put aside the grinding, never-ending worry of his forebearers, who scurried frantically through the narrow streets of the shtetl—no more than a rural slum, really—without knowing from where, if anywhere, their children’s next meal would come. The farthest ahead they could think under such unimaginably difficult circumstances was the coming Sabbath, for which they hoped to scrape together enough for a piece of carp, the cheapest of fish, so pathetic it would be sent back to the kitchen of any American restaurant if served as a main course. The savings plan and the life insurance policy, however pitifully small, became the icons of American Jewish culture. Their symbolic value was huge, almost religious; into them was funneled all the spiritual energy once concentrated on ritual objects. Their almost fetishistic power expressed the determination of men and women who had experienced hunger, deprivation, and an uncertain future to make sure these never recurred and to shield their children, if need be with the headlong aggressiveness of animals protecting their young, from the demon of scarcity that had plagued their parents and robbed them of their own childhoods.

The slow but steady rise in the value of IBM shares spelled the fulfillment of Walter’s middle-class dream. The stock’s success, which lifted many a Jewish family through the glass ceiling separating the lower-middle from the middle class, strengthened Walter’s bourgeois values by endowing them with an objective, pseudoscientific validity. It was ironic, therefore, that the one impulsive, spur-of-the-moment investment he ever made, a purchase of Conair stock against his better judgment, was to determine more than anything the economic fortunes of his family.

What happened next was also taken from a Philip Roth novel. Walter was irritated when Ethel’s younger brother Jake, who had landed a job as an assistant broker on Wall Street (the vague nature of which caused Walter to relabel it as “assistant goniff ”), talked him into buying, on the basis of what he presented as inside information, one hundred shares of Conair for each of his two sons. The stock’s subsequently fabled, meteoric rise seriously undermined Walter’s view of the world. Although in hindsight it might have seemed predictable, a sensible investment that worked out exceptionally well, it was a poisoned apple for Walter Cohen. Conair’s dizzying success raised a specter from the grave that his entire respectable, middle-class life had been a bulwark against: the speculator’s dream of easy profits, the eternal mirage of the shtetl’s luftmensch. Chaplinesque, a pauper’s wild throw of the dice, such gambles were the behavior of those ready to bet everything on the first harebrained scheme to come along because they had nothing to lose anyway.

From The Ruined House. Used with permission of HarperCollins Publisher. Copyright © 2017 by Ruby Namdar. 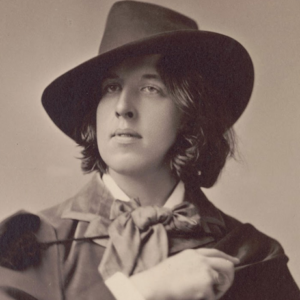 Lit Hub Daily: November 30, 2017 The world-building of wolves: how one of nature’s great predators shapes and remakes the entire ecosystem. ...
© LitHub
Back to top