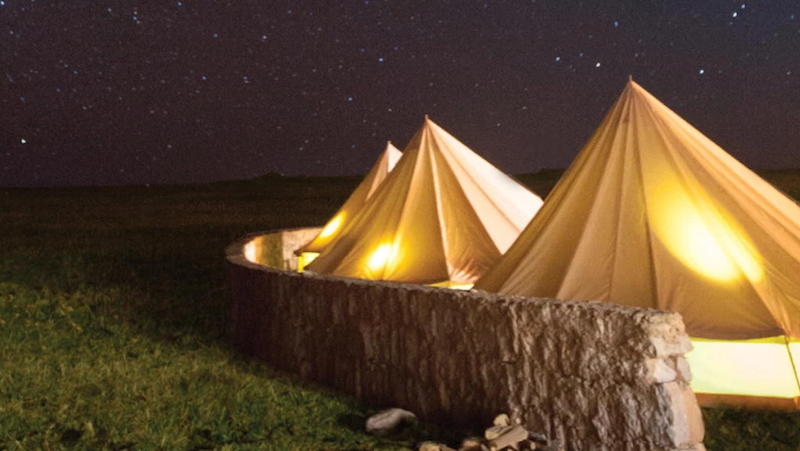 The Rise of the Literary Binge-Read

In the 1990s, at the dawn of the digital age, when many writers feared printed books might go the way of the horse and buggy, the literary world very briefly became infatuated with a new form of fiction called the hypertext novel. Narrative was dead, we were told, and in the future, ideas wouldn’t filter through the culture via traditional author-centered stories, but through links readers followed online. Early hypertext novels like Bobby Rabyd’s Sunshine 69—in which readers click through a series of networked nodes, allowing them to create their own story—seemed an ideal fit for this brave new non-linear future.

Twenty years later, we all live in our own personal hypertext novel, glued to our phones as we bounce from Twitter spat to Tinder chat, pausing only to click on the latest cat video on a friend’s Facebook feed. But, oddly, when we choose our offline entertainment, we don’t gravitate toward books and TV shows that mirror our hyperlinked lives. Instead, in an age of digital distraction, we crave narrative: the bigger, bolder, and more immersive the better.

This is perhaps most obvious in the way we watch TV. Not so long ago, television was a medium for half-hour and hour-long shows whose storylines reset to zero each week. Those shows still exist, but all the cultural heat in television is focused on long-form, immersive cable shows like Game of Thrones and Homeland, in which the stories unfold over successive seasons that viewers watch in all-night, obsessive binges. These shows are built to be so addictive, so mentally sticky, that viewers won’t give into the temptation of checking their phones until the series is over.

But our craving for immersive narrative also shapes how we read and write literary fiction. Writers are still turning out quiet novels on domestic themes, but increasingly these books are finding their way to boutique presses like Graywolf and Tin House. At the larger New York houses, the cultural heat—and the big-ticket advances—are going to fat, HBO-ready epics like Philipp Meyer’s The Son or Garth Hallberg’s City on Fire, and to premise-driven tales that dip at least one toe, and often all ten, in the narrative-rich realm of genre fiction.

Pandemic flu. Vampires. Zombie apocalypse. Why is it that so many literary authors are borrowing plot devices from low-budget science-fiction and horror films? Obviously, these novels speak to a genuine anxiety about the future of the planet, but they are also part of a broader blurring of once-rigid lines between “literary” and “genre” fiction. On the one hand, structural changes in the book business have washed away many of the old walls separating literary fiction from more popular but less prestigious genres. At the same time, thanks to technology, particularly the rise of hand-held digital devices, novels now compete for readers’ attention not only with other novels, but with premium cable, Netflix, social media, and the lure of the open web.

When every reader is a finger-swipe away from bailing on a book, a deft prose style and a few acutely observed emotional epiphanies may not cut it. Today’s writers, freed from conventional notions of what a literary novel must be and engaged in a never-ending battle for readers’ attention, are under increasing pressure to boost the narrative stakes—and one very good way to do that is to write a book about the end of the world as we know it.

It may be hard for readers in 2016, when books are available always and everywhere, often at steep discounts, to imagine how difficult it once was for many Americans to buy a book. Before World War II, most books were published in hardback and sold either in small bookshops or via mail-order book clubs. In the 1930s, there were just 500 bookstores in the United States, according to Kenneth C. Davis’s Two-Bit Culture: The Paperbacking of America. “Of these five hundred, most were refined, old-fashioned ‘carriage trade’ stores catering to an elite clientele in the nation’s twelve largest cities,” Davis writes. “In two-thirds of America’s counties there were no bookstores at all.”

Subscription services like the Book of the Month Club widened the playing field somewhat, allowing readers outside major cities to buy books, but these clubs were selling status as much as they were reading material, and couldn’t be seen as trafficking too overtly in trash. Add to this that Americans were far less educated then—fewer than a third of American students finished high school in 1930—and it becomes clear why books were a luxury item, and were marketed as such.

All this created a natural segmentation of the market, with “literary” fiction published by a coterie of small, independent publishing houses, and “genre” fiction like romance and science fiction more often than not consigned to magazines. This changed, in a hurry, with the advent of the mass-market paperback book, starting in 1939. After the war, paperback publishers began printing hundreds of thousands of books, most costing just a quarter, for a postwar generation with far more education and leisure time than their parents.

But while these paperback presses flooded the market with books of all types, they didn’t really disrupt the traditional boundary between literary and genre fiction. Paperback publishers for the most part sold their books using magazine distribution routes, which focused on train stations and drug stores, where working-class readers tended to congregate. For the first decade or two of the paperback era, trade bookstores declined to carry paperback originals, meaning that genre books like Mickey Spillane’s Mike Hammer detective novels were sold in different places and to very different readers than literary titles by, say, Saul Bellow or John Cheever.

The merger frenzy of the 1970s and 80s, which threw older hardcover literary houses in with paperback presses in enormous publishing conglomerates, began to dissolve the traditional lines between high and low literature. Meanwhile, as Americans became more educated, bookstores grew in size and numbers, and starting in the 1980s, formed nationwide chains, where hardcover literary titles, middlebrow trade paperbacks, and mass-market genre fiction were all sold under one roof.

Today, with Amazon controlling roughly 40 percent of the book market and chains controlling a sizeable chunk of the rest, the distinction between genre and literary titles has come to seem increasingly meaningless. This shift has been aided by the demise of print-era book reviews, which enforced genre boundaries by reviewing only literary novels and relegating genre titles to brief summaries in the back pages. As print newspapers die out, these once powerful, culturally conservative engines of literary respectability are being replaced by a free-form network of book blogs, social media sites, and online ratings sections, which focus on reader satisfaction rather than literary pedigree.

When the literary establishment that once patrolled genre boundaries is drowned out by thousands of readers communicating directly with each other on Goodreads, and all books are sold in the same venues to the same mass audience, what wins out is readability, not prestige. Add to this the variety of entertainment options available at the swipe of a finger, and it’s no surprise that literary novelists are borrowing from any genre will help them create the kinds of binge reads that will draw readers and keep them there.

But if all this makes it harder for a quiet, premise-free work of literary fiction to reach a wide audience, it doesn’t necessarily threaten an end to smart, psychologically astute fiction. The hypertextual world that technologists saw coming 20 years ago has arrived, and to cut through the digital noise, today’s novelists have to rely more heavily on premise-driven narratives to hold our attention. Time and continuing technological progress will probably only increase that reliance. But just because the context in which we read and write literary novels is changing doesn’t mean the people who write them will suddenly become dumb and psychologically obtuse.

Just as cable innovators like The Wire’s David Simon and The Sopranos’ David Chase remade television as a medium for character-driven drama, literary innovators like Emily Mandel and Jonathan Lethem, who has borrowed liberally from the detective and superhero genres in his books, are remaking literary fiction as a medium of narrative-rich novels of ideas. The current vogue for post-apocalyptic tales will surely pass, but as a new generation of novelists masters the art of blending elements of other genres into their work, the literary novel, given up for dead so many times, is poised to renew itself yet again for a new age.

Michael Bourne is a contributing editor to Poets & Writers Magazine and a staff writer for The Millions. His essays and reviews have appeared in The New York Times Magazine, The Globe and Mail, Salon, and The Economist online, and his fiction has appeared in December, The Southampton Review, and Tin House Flash Fridays. 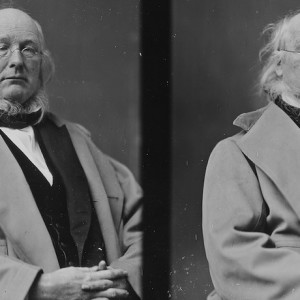 Bringing literature to the Dark Web: an interview with the founders of The Torist. | Literary Hub How I accidentally...
© LitHub
Back to top