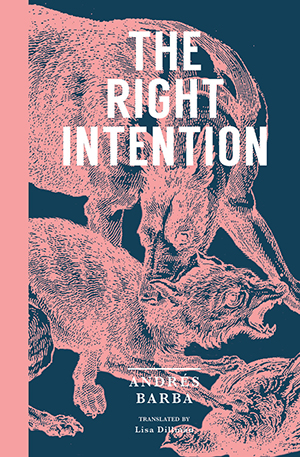 The following is from Andrés Barba's collection The Right Intention. The four novellas feature characters wrapped up in destructive obsession. In Debilitation, a teenage girl succumbs to anorexia, fueled in part by an unwelcome kiss from a young man. Andrés Barba is a Spanish novelist, essayist, and translator. He is the author of twelve books, including Such Small Hands.

“You are something else. A body like that and you won’t wear a bikini,” said Teresa.

Luis hadn’t stopped staring since the moment she took off her wrap and dove in, not stopping to rinse off first because she couldn’t take the heat another minute. They hadn’t exchanged a word since their kiss, a week before. It had all been so quick, so odd, that if she stopped to think about it now, it was disjointed in her memory: Luis’s hands, his “I really like you,” her glancing at her watch knowing they were going to be late to Teresa’s birthday, and then the kiss; Luis’s ridiculous, almost unpleasant tongue like a soggy worm wiggling against hers, her own excitement flaring up first like a burst of wonder and then of disgust when she felt him touch her chest. It wasn’t that she didn’t like Luis—she’d always liked Luis—it was the profound sense of repulsion she felt at the unexpected and unfamiliar reaction of her own body, which was a sort of tension and swelling, a sort of pleasure, but unarticulated pleasure, which she

felt again now as she got out of the pool that she and Teresa had been invited to, and it almost made her wish she hadn’t dived in to begin with so that she wouldn’t now have to go running—acting like nothing was the matter—back to her towel to shield herself from Luis’s gaze, Luis’s friend’s gaze, even Teresa’s gaze as her friend repeated that if she had Sara’s body she’d wear not one bikini but a thousand, and Luis nodded vigorously while at the same time seeming, perhaps, to reproach her for the fact that they still hadn’t spoken about what happened a week earlier.

She felt the towel around her waist like a welcome reprieve, and didn’t take it off for the rest of the afternoon. Classes were starting in a week and the end of that summer was tinged with a tired pink indolence. She’d spent one month at the beach with her father, and the month of August in Madrid with her mother. Although it had been three years since their divorce, her mother was still inhabiting an emotionally precarious state that, from the start,

had led Sara to side with her and against her father, who for over a year she continued to see as a hostile enemy. It was different now. She was sixteen and had been held back a year but it didn’t really matter. Throughout her childhood Sara had been a big girl, which is why—though she had never been overly talkative and her silence, most of the time, concealed plain and simple shame—during that time she took great satisfaction in her own physical strength. But adolescence changed things. Not only did she stop growing, but in a little under a year and a half she also turned into a first-class beauty. She could tell more by others’ reactions to her than by her own. Sara herself felt that by losing stature, or rather by the other girls at school becoming the same height, she was also losing her confidence, her respectability. What for others was a perfect smoothing out of edges that seemed were never going to lose their clumsy shape, she experienced as a sort of debilitation. The emergence of her breasts, the accentuation of her waist, was all a sort of sliminess, a liquefaction, and which is why her pleasure at feeling strong was substituted by the pleasure she took in being rude, in silence.

“It’s not that she hadn’t liked kissing Luis, it wasn’t a matter of liking it or not liking it, but of the feeling—almost identical—that she’d experienced again when getting out of the pool, a feeling that wasn’t shame or weakness or disgust, though it contained an element of all three.”

She took it almost as praise when her mother said that she was unfeminine, and though well-groomed, she never worried about how she dressed, and cut her hair like a boy’s so as not to waste time styling it.

That worked for three years. Until Luis. It had all worked perfectly until Luis, and it’s not that she hadn’t liked kissing Luis, it wasn’t a matter of liking it or not liking it, but of the feeling—almost identical—that she’d experienced again when getting out of the pool, a feeling that wasn’t shame or weakness or disgust, though it contained an element of all three.

They’d been talking about what they wanted to study at university, after finishing high school that year.

“What about you, Sara? What do you want to do?”

“Draw,” Luis’s friend said, with a slightly sardonic tone, and she shot daggers at him.

“Yes, draw. I like to draw,” she replied, and the kid didn’t open his mouth again.

Teresa asked her later, as they were getting dressed in the changing room, why she’d been so rude to the guy, and she didn’t know what to say. She was amazed at the ease, almost complacency, with which Teresa, whose body was more developed than her own, undressed.

“The thing is,” she said, “I really like this guy, and if you keep acting like that you’re going to scare him off. He doesn’t seem like it, but he’s shy—what? Are you into me, or what?”

“No,” Sara replied almost blushing, because it was true: the white skin under Teresa’s bikini, against her deep summer tan, lent a strange luminescence to her breasts and crotch, and combined with the nonchalant way she’d taken off her bathing suit, it took on a kind of power, a resolve that hypnotized Sara. Teresa wasn’t pretty, but her body, unlike Sara’s, seemed complete; even the curves of her hips and breasts had an architectonic grace that made her attractive. Luis waited for Sara, hoping to ride the bus home with her, but she asked him to leave, so she could think about things. Think about things was the expression Sara used when, rather than actually think about something, she wanted to sink into a state of semi-conscious vacuousness in which images, words, and plans flew by one after another with no logic, like objects seen from the window of a

“So it didn’t mean anything to you,” Luis concluded.

Sara took the bus back and got off two stops early in order to walk through the park. One word was pounding in her temples. It was a simple word, perfect and white. It was in the trees, in the joggers’ breath, in the sudden warm dark of that September night. Several times she almost said it out loud. Her mother wasn’t home when she got in. From beneath their apartment came the sounds of the outdoor café near the door to their building. She went into the bathroom and took off all her clothes in front of the mirror. Before her there appeared a reflection, the figure of a girl who, in the shadow of the bathtub, resembled a white breastplate, an Amazon

prepared for battle. The word she’d been dreaming of all afternoon bubbled up, effervescent, from some hidden place, deep down, and Sara smiled at her naked reflection.

The world froze stock-still for a few seconds, like a virgin ashamed of a dream. It was September 2.

The line separating the Sara that was from the one she would become from that moment on couldn’t have been finer. It seemed there had in fact been no change, that everything had stopped for an instant only to carry on from another point, Sara still being Sara, like the unthinkable reaction of an acquaintance which, upon reflection, not only stops being unthinkable but actually seems logical, coherent. Control was change, change was control, and both were a void filled with images that led nowhere. And nothingness was desirable. And in nothingness, everything could simply be discovered. And Sara saw that it was good.

From The Right Intention. Used with permission of Transit Books. Copyright © 2018 by Andrés Barba. 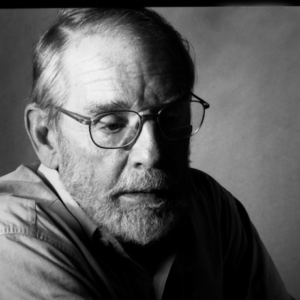 Lit Hub Daily: March 8, 2018 An interview with the great Rachel Ingalls, who definitely should have won an Oscar for Mrs. Caliban. | Literary Hub ...
© LitHub
Back to top