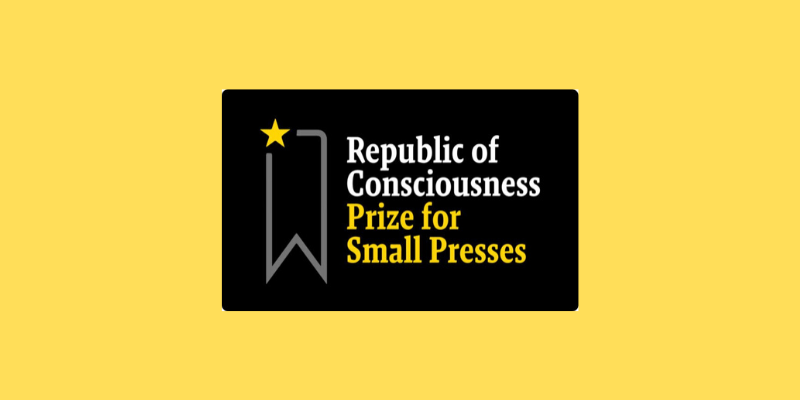 The Republic of Consciousness Prize for Small Presses is coming to the US and Canada.

Attn: small presses! Republic of Consciousness has announced the launch of a new prize, which seeks to support presses in the US and Canada publishing eighteen or fewer books each year. The 2022 prize cycle will open this October, and will consider titles published during the 2022 calendar year. Initially launched in the UK in 2017 by writer Neil Griffiths, the prize has already granted over £60, 000 to small presses around the country.

Though the US has long been at the forefront of small press publishing, robust financial support is essential. Says Griffiths, “it remains a vulnerable enterprise, mostly driven by passion, and the prize was founded to celebrate that passion, and help where we can.” Indeed, it is often small presses that take creative and financial risks when they’re least in the position to do so.

Lori Feathers, book critic and co-owner of Dallas-based bookshop Interbang Books, is spearheading the prize in the US. She says, “I’ve been following the RofCon the UK since its inception and felt this was the ideal mechanism to promote and reward the work of small presses.” Feathers hopes for, and emphasizes, perhaps the most exciting possibility of the prize—​​to allow “new readers to discover and follow their favorite small presses in much the way they do their favorite authors.”