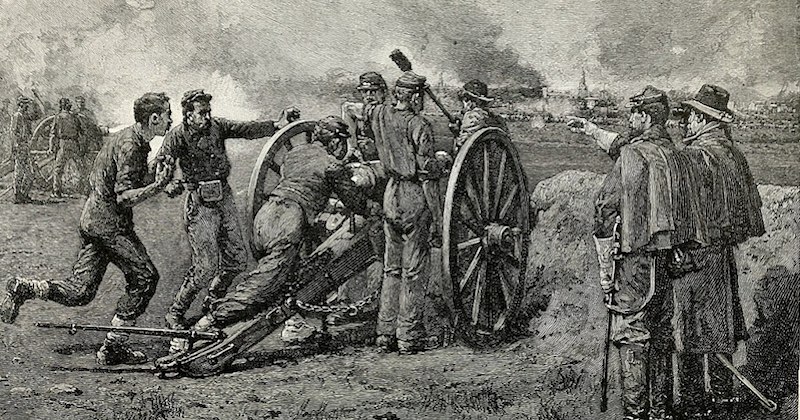 The Red Badge of Courage now has a sequel in which Henry Fleming becomes mayor.

Stephen Crane’s The Red Badge of Courage ends as Henry Fleming, Private in the 304 New York Infantry Regiment in the American Civil War, exits his final battle: “He had rid himself of the red sickness of battle. The sultry nightmare was in the past. He had been an animal blistered and sweating in the heat and pain of war. He turned now with a lover’s thirst to images of tranquil skies, fresh meadows, cool brooks, an existence of soft and eternal peace. Over the river a golden ray of sun came through the hosts of leaden rain clouds.”

It’s a final image of hope—but we don’t know what happens next; we never see Fleming’s return, his life after his war experience. What does he do next? One possible version of events: he inherits a winery and becomes the mayor of a small town in New York. At least, this is the version Donald Yost has envisioned in his sequel, Henry, which follows Henry Fleming after he returns from war.

Yost, a professor at Montgomery County Community College, felt particularly suited to continue Crane’s story, as he was a combat infantryman and war correspondent in the Vietnam War from 1968 to 1969 (unlike Crane, who never went to war). Some of Henry, which chronicles Henry learning to live with his war injury and grapple with his traumatic experience, is drawn from life. “If you give yourself respect,” Yost told Montgomery County Community College, “you figure out what happened to you and realize everybody suffers through things like this. Because of my experience, I was able to go back and have Henry suffer from post-traumatic stress disorder, alienation, rage, and guilt and turn it around to learn a lesson of empathy.”

Though Yost’s story picks up while Crane’s left off, Yost didn’t feel bound to Crane’s style, and believes readers don’t need to read The Red Badge of Courage to understand its sequel. “I don’t write in the same style. Mine’s more modern, more conversational. There’s more dialogue,” said Yost. “I would certainly like my students to read the book, because I think it offers lessons for their generation.”