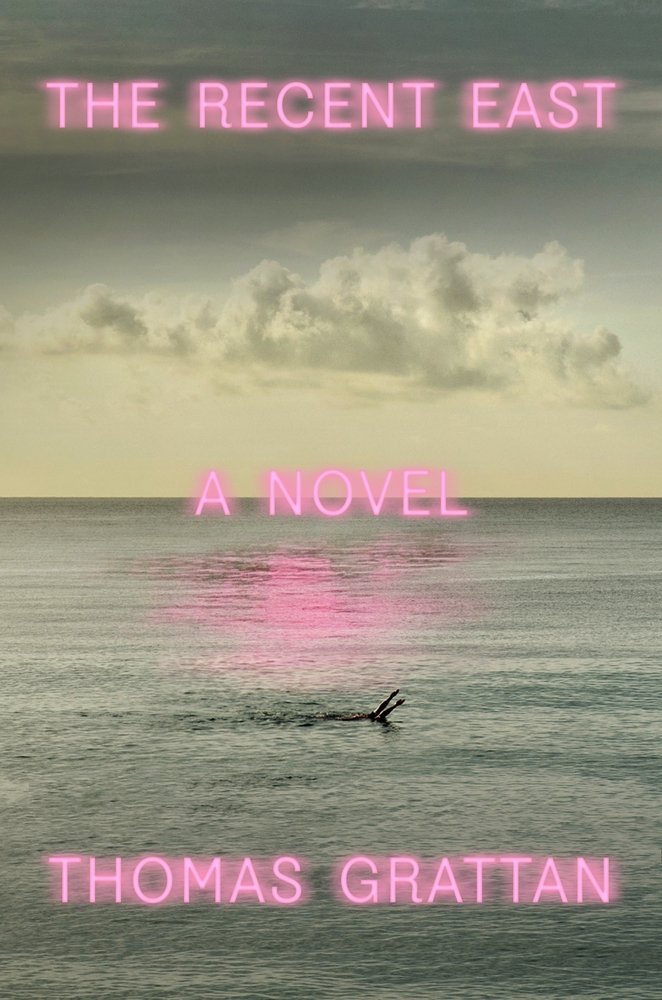 The following is excepted from Thomas Grattan’s debut novel The Recent East, a family saga that follows a mother and two teens as they navigate a new life in East Germany. Grattan's short fiction has appeared in several publications, including One Story, Slice, and The Colorado Review, has been shortlisted for a Pushcart Prize, and was listed as a notable stories in Best American Short Stories. He lives in New York City.

Michael and Adela got home to find their father gone. His books swept off shelves. Closet empty apart from a button-down and a pair of fancy shoes, remnants of the teaching job from which he’d been fired. Dust lined the closet floor.

“Ein Wunder,” Michael said. A miracle. Because after years of Dad’s sulky pronouncements, after fights with their mother where he howled that he was leaving but never did, he finally took action. Michael grinned. He grabbed Dad’s shirt, pointed to the shoes with his chin. Adela picked them up and followed.

“Where are we going?” she asked, annoyed, as she usually had a say on their wheres and whys.

“Can’t it be a surprise?” Michael asked back.

They walked to the lot behind the Grand Union. The rumor for as long as they could remember was that it was going to be turned into a park. But no park appeared, only collages of bottle caps and cigarette butts, and a car left there so long squirrels now lived in its engine. Michael—thirteen, Adela underneath him by a year and change—moved past all this. Stopping at a patch of dirt, he tried to dig a hole.

“Isn’t the ground a block of ice?” Adela asked.

“Don’t they bury dead people in winter, too?” Michael answered.

A game of theirs was to speak only in questions. Their record was thirty-eight.

When hacking at the ground did nothing, Michael covered Dad’s shirt and shoes with swathes of leaves, reminding Adela of the story they’d been obsessed with a year before about a dental hygienist who’d left her office late one night and disappeared. It had become a staple on the evening news. Search parties scouring forests. A befuddled sheriff who leaned too close to any microphone he talked into. When the woman’s body was found, in a spot like the one they stood in now, she was covered in what Michael had called a bikini of leaves.

“Janet DeMarco,” he said, invoking her name. For a minute, Adela worried he could read her mind.

They left the vacant lot and Michael turned quiet. Passing the convenience store where their mother sometimes worked, he blew into his fists. Two blocks more, and his ears brightened to bologna-pink. Michael stopped. He pulled on Adela’s sleeve.

Dad’s most muscular annoyance was reserved for Michael, whom he saw as too girlie and afraid, too confused by what should have been easy.

“Why didn’t you wear gloves?” Adela said.
“Maybe Dad took those, too?” he answered.
When she asked Michael if he wanted to head home, he

shook his head. He was short and scrawny, with large eyes that were often tearing up, or bugged out for comic effect. Wild hair that the various gels failed to tame.

They moved out of town, into the woods where they’d taught themselves to climb trees and once were certain they’d spotted a bear. Branches scraped their shoulders.

Michael lifted himself into a towering pine, moving up the tree with the ease of climbing a ladder. Adela kept track of him via the whites of his sneakers, his hands stung with sun. Then he was gone. Branches he’d stepped on shivered. No other sign of him existed. After saying Michael’s name twice without an answer, Adela hoisted herself into the tree, kept going until she could see sky. She imagined him gone, not as Dad was— sleeping on his friend Raymond’s pull-out—but like Janet DeMarco or their recently dead grandfather in the open casket Dad had forced them to linger in front of at the wake, telling them over and over, “Wish him a proper goodbye.”

She pushed a bough from her face, her stomach hot and knotted. From her perch Adela saw roofs, the frozen river.

saw him folded into a crook of the tree like another of its branches. Sap stuck to Adela’s gloves.

“You’re an asshole.” Her brother nodded, his laughter so loud it echoed.

As Michael moved to stand, his feet slipped and he began to fall, pinballing past branches he’d just climbed. His feet kicked, arms flailed. Boughs hissed as he flew past them. Adela stared at the ground, waiting for him to slam against it, her brother dead or paralyzed, either state her doing.

But then his hand caught a branch, stopping him as abruptly as he’d begun. His feet swung back and forth. The ground that might have ended him only a few feet away.

“Fuck a duck.” Michael smiled, coughing and grinning and scratching his nose.

Her brother was afraid of the wrong things. A perceived slight left him uneasy for days, though he treated near-injury as a joke. As his laughter rose to a whinny, as he swung back and forth and clicked his heels, Adela worried he’d turn dumber now that Dad had left them. She climbed down the tree, darted out of the woods and onto the frozen Hudson. She slid across its ice until frigid wind erased any thought of Michael dead or stupid.

As Adela glided under a railroad bridge, Michael caught up with her. She tried to move faster, but he stayed in the periphery. He pointed a leg behind him, grabbed her scarf to steer her to a stop. After a comically bad spin, Michael lay supine on the ice. He folded his hands behind his head as if it were the most pleasant experience.

“Aren’t you going to join me?” Michael asked.

Though he presented himself as a joke, there was worry he tried to cover. Maybe it hit him that he’d come close to real injury. Michael afraid that he hadn’t been afraid. His brow tilted toward her.

Michael listed other frozen body parts. Adela lay down next to him.

Michael scooched until their shoulders touched. And Adela understood then that he knew he’d been stupid, that he was asking her to forgive him. She pushed her shoulder into his until he pushed back and leaning against each other turned into a game.

They got home to the German Lady making dinner. They called their mother that behind her back, or when she wasn’t paying attention.

“You can’t just scare a person,” the German Lady answered. She leaned in to the stove, which took up much of their tiny, grease-marred kitchen.

The German Lady was tall and meatless, a mirror to Adela except for the straightness, the blondness of her hair. Steam dampened her face. She looked younger than her thirty-four years.

Sitting down, their mother moved food around her plate in lieu of eating. She asked questions about school, only to interrupt with a story about Dad’s cousin she’d seen at the supermarket who’d asked about their father as if he still lived with them. Michael asked how she’d answered. Their mother moved to the window, lit a cigarette, and said, “Is it Wednesday?”

They finished eating, and the German Lady sent them to bed. It was 7:15.

“You can’t just scare a person,” Michael whispered through the vent connecting his room to Adela’s. It glowed on her wall like a tiny hearth.

“He’s not coming back,” Michael added, and Adela could tell he was happy.

She thought of Dad teaching her complicated words, or asleep in his friend’s living room. Also of Michael, had he not found a branch to stop his fall. But as her brother kept talking, Adela remembered his excitement when he’d buried Dad’s clothes and lay on the ice listing parts of him that were certainly frostbit. Adela tried to put that feeling on, as if it were a sweater to borrow.

Unsolaced by Gretel Ehrlich, Read by the Author 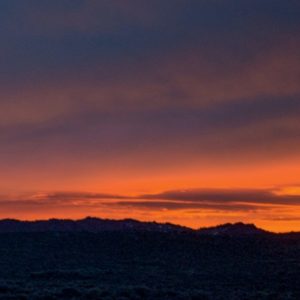 Unsolaced by Gretel Ehrlich, Read by the Author Every Monday through Friday, AudioFile’s editors recommend the best in audiobook listening. We keep our daily episodes...
© LitHub
Back to top