On waiting for the end of days

The scratchy tick of a clock echoed in the dark as people squirmed in their seats. The pews creaked under ample, corn-fed buttocks. The musk of the thirty-year-old hymnals hung thick in the air. I crinkled my nose to stifle several oncoming sneezes.

The screen filled with urgent yellow letters. A warning, direct from Jesus Christ Himself. “You do not know when I will come. . .  Don’t let me find you sleeping!” Why would Jesus be so angry? I wondered. What exactly is He coming to do? The answer played out on the screen for the next two hours.

The pastor had rented a six-foot-high collapsible screen and projector for this special presentation. It had been billed as “Movie Night,” and the youth group popped popcorn and distributed it to the congregation. This was a special treat. We were often told on Sunday mornings that the mere act of stepping foot inside a movie theater was a sin. Perhaps not as serious as murder, but certainly parallel to theft or lying. I was always trying to ascertain the colors and gradations of this sliding scale of judgment that Jesus seemed to be fiddling with in the clouds above, but had yet to decode its intricacies.

The film, a 1972 exploitation-style flick called Thief in the Night, was presented as a warning. The pastor sat in the front pew as we watched, occasionally nodding his head and sliding his hand across his slick hair. His expression was grim and stern. The Rapture, he had warned us, was real and inevitable. It was going to happen—not if, but when—and we had better be ready. The film illustrated exactly what would happen if we were not.

A young woman named Patty Jo awakens to a radio news report that millions of people have vanished. All of them Christians, we would later learn. She is horrified to discover that her husband Jim, a devout Christian who was recently Saved while hanging out with a hippie youth group, has disappeared. The only remnant of his existence is an electric razor, still buzzing in the sink. Evidently, he was zapped to Heaven while shaving. Truly, the Rapture waits for no man, mid-shave or otherwise. The film never clarifies whether Jim was allowed to finish shaving upon entering Heaven, or if he was forced to spend eternity with half a face of stubble. Such was the unexpected nature of the Rapture. Hence, the need to be ready at all times, in case Jesus decided to strike. Poor Patty Jo had been, quite literally, caught sleeping.

Since I’d been old enough to walk, my grandparents had taken me to this fundamentalist Evangelical church. Within the small brick building and wood-paneled walls, I experienced much more horror than peace and love. Every week, the pastor screamed from the pulpit, dabbing his flushed face with a pure-white hanky. Lust, greed, abortion, homosexuality, dancing, makeup, jewelry, secular culture—all fair game. None of those topics struck a nerve in me as a naïve grade-schooler who just wanted to get home to play with his Star Wars toys. But when the pastor pulled the Rapture from his back pocket and slapped us all in the face with it, I bolted upright.

This was some heavy sci-fi horror shit—and it was real! One day soon (for hundreds of years we’ve been warned that it would happen “soon”—Jesus clearly moves in mysterious ways and at a glacial pace) all Christians will vanish into thin air. Unmanned cars will crash, families will split apart, and Pat Robertson will finally be silenced. The thought of it seized my childish mind. The church took it literally. The pastor shouted it with urgency. My grandparents accepted it as fact. I had no choice but to believe.

I clutched my sheets at night, imagining what the End of Days would be like. If I didn’t become Christian enough, I would be left to fend for myself while my grandparents, fellow church members, and anyone else who knew what the hell was going on, would be pulled up into the sky. I would have to find a way to endure the Great Tribulation, in which the Antichrist would come to power and a hellish living nightmare would erupt in the form of war, famine, death, and destruction. I would be hunted down, like Patty Jo was, and forced to have the Mark of the Beast branded or tattooed onto my forehead. The pain of getting branded or tattooed frightened me, and to this day I’ve never mustered the nerve to get inked.

Perhaps the part that stressed me most was the concept that this event would happen without warning, like the cheap, noisy jump-out-and-scare-you tactics of a grade B horror movie. As a child, I was never scared of ghosts, monsters, or imaginary mythological creatures. I was terrified of the jack-in-the-box. The whiny crank of the music. The gathering suspense of something hiding in that sinister box, waiting, plotting, growing stronger with every note. The moment of heart-stopping shock when that clownish demon sprang from its tiny prison without warning. Being caught off-guard and then spooked out of my wits. That was the real fear.

The terror of the Rapture plagued my mind throughout the 1980s, a time when the threat of nuclear war with the Soviet Union was regularly blasted on the news. Would the Rapture come in the form of a mushroom cloud? Would Jesus ride to earth straddling a nuclear warhead, just to drop an extra shocking wakeup call upon us sinners? “Pop Goes the Weasel,” indeed.

I eventually outgrew the terror that kept me awake as a child. The most effective antidote was leaving the church cold turkey. As a teen, I discovered that the concept of the Rapture, at least the schlocky version presented in Thief in the Night, was first developed by the Puritans and wasn’t even in the Bible. I didn’t care for belonging to a club that would fuck with my head to maintain loyalty. The world is full of enough real terror, thank you very much.

In my sophomore year of college, I went to my first rave, held in an abandoned roller rink. It was 1994, that was just what you did. I spent the night pressed into a thousand other sweaty bodies, jumping to an undulating Chicago House beat. I wore a skin-tight glittery blue sweater and silver pleather pants. My roommates and I bought several hits of acid from a greasy burnout in the bathroom.

At first, we were pissed. We paid how much for this weak shit? But an hour later, and all through the rest of the night, then dawn, then morning, then early to late afternoon, words failed me. The light danced rainbows in my eyes. Music had color. I was tripping my ass off. Working my jaw back and forth, clenching my teeth, having to excuse myself from the diner after the rave because my pancakes were breathing. I had it bad.

I left the diner by myself and told my roommates to meet me at home. By the time I got there, the streets were empty. There weren’t even any birds chirping in the trees above. The apartment was still, and in my hallucinatory daze, I thought I was alone on the earth. That all my roommates and everyone else had Raptured up to Heaven. I picked up the phone. It was dead. Oh shit! (It had actually been shut off the week before for late payment, but I forgot this detail in my frenzy.)

I curled into a fetal position on my bed, still fully clothed, platform shoes and all. I felt just like Patty Jo, abandoned and doomed. I was sure that the Tribulation Police would bang on my door any moment and enter my room with a branding iron. I had spent years tuning out that noise, trying to erase it from my head. But it had burrowed deep in there somewhere, lurking, waiting to be unlocked with a chemical key.

When my roommates returned, after what seemed like hours, I was ecstatically relieved. “Thank God you’re here,” I said, nearly in tears. They couldn’t understand, and I couldn’t explain. I was coming down, gradually returning to earth, my jaw aching. In a half-sober daze, I thought, If the Rapture is real, at least I still have friends. If we go down, at least we’ll go down together!

I never dropped acid again. I imagined that, if he was up there, Jesus and I had nonverbally agreed to a nuclear nonproliferation treaty that included my never doing hallucinogenic drugs again and his climbing down off that nuclear warhead. Then again, so many things in the world, scarier than religious science fiction, have developed since the Cold War of my youth. Man seems a lot more hell-bent on apocalypse than God or Jesus have ever been. That jack-in-the-box will spring open eventually. The trick, I guess, is to finish your shave before it does. Or enjoy your trip. Or seize the day. Or just try to get a good night’s sleep.

Todd Summar writes novels, short stories, and essays. His work has appeared in PANK and Monkeybicycle. He is the founding editor of Goreyesque and has served as an editor for Curbside Splendor and Columbia College Chicago’s Story Week Festival. He teaches writing and rhetoric at Columbia College. 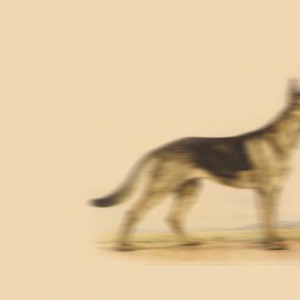