The Radical Bookseller: Toward a Green New Deal in Publishing

Lucy Kogler Has a Modest Proposal

Adrienne Rich in the essay “Those two shelves, down there” in What Is Found There: Notebooks on Poetry and Politics (W.W. Norton, 1993) writes:

I’m on a search for poetry in the mall. This is not sociology, but the pursuit of an intuition about mass marketing, the so-called free market, and how suppression can take many forms—from outright banning and burning of books, to questions of who owns the presses, to patterns of distribution and availability.

“I’m on a search for…” has been my mantra for years. A cry to the universe, usually for some form of justice to magically manifest.

This time I can name my destination. I’m on a search for a paradigm shift in publishing, in all things book, really, that encompasses an eco-based ethos of commerce. A fundamental change from a mind/wallet/Earth philosophy to one of Earth/mind/change purse.

My intention is not to vilify or blame publishing for not changing its environmental policies fast enough, nor to denigrate or repudiate any business whose main enterprise is book-centric. I am not out to see independent bookstores priced-out due to increased eco-costs, nor to make it harder for small independent publishers to compete and thrive.

Rather, I am “pu­­rsuing an intuition” trying to reconcile the growing dissonance I feel between what I do, bookselling, and what I believe, that we have a moral imperative to save the planet. I am searching for complementarity.

This is a clarion call for the publishing and bookselling equivalent of a GREEN NEW DEAL; a new norm that will address the mechanics of the publishing and selling of books at every level; a re-integration of the ethical treatment of the environment.

The catalyst: in 2017, Greenpeace was on the floor at Book Expo promoting the #OurVoicesAreVital campaign, an initiative aimed at the practices and policies of Resolute Forest Products, a Canadian company that sources paper from northern Canadian boreal forests. Resolute’s efforts to silence Greenpeace’s lawful acts of civil protest included a RICO suit (racketeering claim used to prosecute organized crime) and a SLAPP (Strategic Lawsuit Against Public Participation) meant to thwart civil groups with exorbitant legal fees. These lawsuits directly threatened free speech. In response to Resolute’s tactics Greenpeace drafted an “Authors for Free Speech and the Forest” pledge. Over 200 authors signed the pledge including Margaret Atwood, Anthony Doerr, Naomi Klein, Bill McKibben and Rebecca Solnit. Greenpeace’s emphasis was on the protection of free speech, via word and deed, on behalf of the multitudinous species of flora and fauna of the boreal forests, along with the rights of the Indigenous tribes who’ve traditionally called that land home.

Greenpeace, as a paying vendor at Book Expo, was in attendance to shine a little light on four major customers of Resolute Forest Products—Penguin Random House, Harper Collins, Hachette Book Group, and Simon and Schuster—passively confronting them on their home turf, a small boat between the boreal forest and the paper sourcers contributing to its demise on the ocean floor of the Javits Center.

The Greenpeace four as I call them—and I am certain this is not a comprehensive list of publishers—“…buy millions of pounds of bookpaper from Resolute” according to Greenpeace. My contact at Greenpeace wrote in answer to a question, “To our knowledge, all of the publishers that we engaged in this campaign still procure bookpaper from RFP […] But ultimately we continue to urge publishers to be part of the solution by communicating their sustainability expectations to all suppliers including Resolute and make sure all paper purchases are in adherence with their corporate procurement policies.”

This sounds reasonable but would require disentangling the corporate procurement and environmental policies from the evasive and vague language that comprises them. What is meant by the following words and phrases culled from some of these policies? “W strives to procure paper from suppliers who source responsibly,” “X will not knowingly use,” “Y will evaluate and where appropriate” and “Z will work to minimize waste whenever possible necessary to meet product and pricing need, when fiscally permissible.” Seems to me all manner of environmentally damaging choices become permissible within the vacuity of language like this.

I recognize how complicated, how counter-intuitive to all things free-market, how arduous the task of implementing an eco-based ethos of commerce will be. Implementation will be more than just a shift in the “how” of publishing. It will be a dismantling and a major reconstruction of all that will fall. Committing to this new norm is not a punishment. As the poet Gwendolyn Brooks writes: “To be in love / Is to touch things with a lighter hand.” All who love books must use a lighter more eco-intentional hand in their creation and distribution.

Of course, addressing the environmental sourcing of paper would have the most immediate impact, and in reading publisher environmental policy statements, I am heartened that most are working to ameliorate the paper problem.

But what about plastic? And all things non-recyclable or uncompostable? What about ink?

I recently received a promotion for a book. It was a shoe box filled with colorful crinkled paper as filler, a galley, and a plastic non-recyclable shoe. All of this was in a large box for shipping. Seriously? Often, books will come packaged along with food, or ribbons, or teabags, or plastic objects, etc. The point being that not only are these marketing extravagances wasteful and almost always non-recyclable but they are useless in the promotion of the book. What bookseller or reviewer needs plastic tchotchkes certain to end up in the Great Pacific Garbage Patch? Marketing a book with “stuff,” a shoe, dagger, feather, cookie, fetishizes the least important parts of the book. Rather than enhance the story it turns it into a commodity. No book needs a plastic anything to make it a better-selling story. You just need to tell us what the book is about, why you think it is good, and why we should review it or sell it. With words, not things.

So how do we address deeper issue of waste within publishing? The transition to sustainable use of ink and paper will cost money in the short term, as anything worthwhile usually does. With that in mind I offer the following alternative business practices—still based in capitalism but infused with a double-shot of socialism to enhance and enliven the ideas of the past.

I.
Advances are out of control

In the same way that many have come to understand the existence of billionaires as morally problematic, it’s worth looking at the “advance gap” in publishing along similar lines. Book deals of 60 million dollars or 20 million dollars or 10 million dollars are profligate, particularly when most of the recipients of these deals are celebrities of one class or another who already reside in the one percent.

I propose a cap of $5 million on advances. In the event of a bidding war, anything over $5 million would trigger an incremental “tax rate” on royalties to be paid into a green fund, a potential penalty that would disincentivize wild overpayments—in many cases this would liberate publishers. Let royalties—based on actual sales—be the measurement used to compensate autobiographical memoir, political bios, vanity memoir, etc. Five million dollars would more than change the life of a writer.

This cap would diversify an acquisition process that generally leaves mid-size and smaller publishers in the margins, and would also leave more dollars available to use FSC (Forest Stewardship Council)-sourced paper, not just for the first printing, but for galleys, future printings, the paperback, and vegetable ink.

II.
Rethinking the relationship with Amazon

The relationship that needs to change to implement an eco-ethical-sustainable model of commerce for the bookselling/producing cohorts is the apparent proprietary stranglehold that Amazon has on publishers. Their control of terms of sale, discounts, etc., allows them to design and dictate the policies of other businesses. Their control is a form of suppression, not only of publishers, but of sellers who must comply with their conditions.

To change this relationship is no small thing, and will require both radical acts of imagination and radical acts of solidarity. Though it is beyond the scope of this essay to make a full accounting of these acts, what if we just started by imagining something so small as changing the order of buy buttons on book websites? Why must we privilege the endlessly expanding power of the largest corporation the world has ever known? As June Jordan writes “we have choices and capitulation is only one of them.” It is time for publishers to reclaim their autonomy.

The above are just a few of many adjustments to a publishing-bookselling business model, that allow for profit yet also acknowledge the arrival of the Anthropocene and all that entails.

All of us who are engaged in any capacity with the written word need to organize, lobby, monitor ourselves, co-workers, and the entities for whom we work to effect the change necessary to save our livelihoods and the planet. Not a day goes by when there isn’t a tweet from a publisher, writer, reader, bookseller, that doesn’t address either the Green New Deal or sustainability. Now let’s turn that concern into policy. 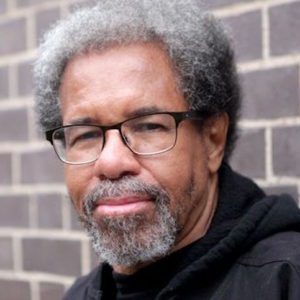 “A man who would not be broken. Not by more than 40 years of solitary in Angola (the Alcatraz of the south in Louisiana)...
© LitHub
Back to top