Most of us think fondly, and uncritically, of tomboys: spunky girls who act and dress boyishly, who don’t give a hoot about gender norms. As well as running through fields and climbing trees in real life, tomboys were the stars of 19th-century novels like E.D.E.N. Southworth’s 1859 The Hidden Hand—the country’s first bestseller—starring the mischievous tomboy orphan Capitola Black. In 1868, Louisa May Alcott’s Little Women hit the scene, and Jo March captured the hearts and imaginations of girls around the country. Tomboys continued to be a hit in the media, right up to the end of the 20th century.

These tomboys had something else in common besides their refusal to submit to sexist restrictions: They were almost always white.

In fact, tomboyism in America is firmly rooted in racism.

The word tomboy had meant a boisterous boy when it was coined in the 16th century, then morphed into meaning a lascivious woman and, eventually, came to mean a boisterous girl. Sometimes tomboys were called vulgar or dangerous in the press, with experts declaring that girls should not be raised with the malignant idea that they deserved equality with boys, or be educated with them. The biggest peril? Studying would siphon blood away from the womb.

But another idea about the benefits of tomboyism took hold, one which promoted the opposite conclusion: that tomboyism was good for the womb. Nineteenth-century tomboyism was, in fact, connected to one of the white middle class’s great projects of the time: breeding the white race.

Middle-class white women, in their 25 pounds of restrictive bustles, corsets, and crinolines, were largely constrained by the gender roles of what was known as the “cult of true womanhood,” sometimes called the “cult of domesticity,” in the Victorian era. This ideology promoted the ideal of women sticking to the private sphere, tending to children and cultivating piety, purity, domesticity, and submissiveness.

But the ultimate femininity of frailty wasn’t much good for procreation, and the birthrate was declining among these white women. An 1873 article stated that parents should “allow a girl to be as ‘tomboyish’ as her inclinations lead her to be. . . . Let her ride, drive, row, swim, run, climb fences, and even trees, if she has a mind to. She is only laying the foundation for future good health.”

So tomboyism was stitched to whiteness, a form of white privilege, in the nineteenth century, which redefined and broadened acceptable behavior for a subset of American girls. There are more than 2,300 tomboy mentions in the Newspapers.com archive alone, but much of the documented history of American tomboys is white tomboy history; the term was rarely used in African-American newspapers in the 19th and early 20th centuries, and not much applied to people of color in white newspapers until the 1950s, as sports became desegregated and the profiles of African-American female professional athletes like Althea Gibson rose. Most of the psychologists, sociologists, and biologists who study tomboys are white women, and the great bulk of subjects in tomboy studies are white, which complicates—or oversimplifies—the research.

And yet, even as raising girls as tomboys was pitched as the solution to the problem of a declining birth rate among white people, tomboys were often depicted as dark-haired and tanned. They were seen not only as future wonderful wives, mothers, and women, but as the heroic antidote to their opposite: feminine, vain, and indulgent girly-girls. Often, they were pitted against each other in literature, the fair-skinned and fair-haired ladylike girly-girl and the raven-haired unladylike tomboy with sun-darkened skin. That is, they were racialized, their behaviors explained and excused by their color.

Tomboys took on some stereotypes affixed by whites to people of color, including African-Americans and Native Americans; its portrayal was a kind of cultural appropriation. As Sentilles wrote, tomboys could “play Indian without becoming Indian.” Some books even claimed that the name Pocahontas translated into the word “tomboy” (some recent translations posit that it meant “mischievous one”).

As an example, Capitola Black becomes Capitola Greyson when she’s tamed and married at the end of The Hidden Hand. She is not just feminized, but lightened, showing how whiteness and traditional femininity, and Blackness and masculinity, were intertwined in the minds of the ruling and creative classes.

What is gender-typical depends on race and class and geography, among other factors. Tomboyism for a wealthy, urban white girl in the nineteenth century, running outdoors and having an active physical life, was a privilege, whereas being conscripted to hard physical labor outdoors was not a choice for poor or enslaved rural girls. Those girls engaging in “masculine” behaviors likely wouldn’t have been called, or called themselves, tomboys; those aspects of traditional masculinity were forced upon them.

In the 1970s, another tomboy heyday, some racial diversity permeated kids toys. Remco’s Tumbling Tomboy had a white, blond, pig-tailed girl in plaid pants as well as a Black version. But most tomboys in the media were still white, from Addie Loggins in 1973’s Paper Moon and Amanda Whurlitzer in 1976’s The Bad News Bears—both played by Tatum O’Neal to Watts in the 1987 romantic comedy Some Kind of Wonderful, played by Mary Stuart Masterson, who also played the tomboy/lesbian character Idgie in 1991’s Fried Green Tomatoes.

Most tomboys in earlier media had been dark-haired, with sun-darkened skin—white girls co-opting facets of Blackness, and what white people thought of as Black women’s innate masculinity. In some ways, the pale, blond 1970s and 80s tomboys showed that girls were no longer required to transgress [imagined] racial lines in order to transgress gender lines (even if many such tomboys were still depicted as working class), but the tomboy of color still wasn’t represented.

Many of the white and black former tomboys I spoke to had very different childhood experiences, different relationships to the masculinity they embraced. To Lisa, an African-American tomboy who grew up in a Brooklyn housing project in the 1970s, tomboy meant protection. “I didn’t like dresses or anything that would make me look like a girl,” she said. There was poverty, and violence and hardship, the structural racism built into the bricks of her under-maintained building. Lisa had to be hard, tough, rough. “Everyone was a tomboy,” she said. “It was like, who can bark the loudest? Who can have the most alpha aggression, because that’s the only way you can survive in Brownsville.” Tomboy was how she showed other girls and boys not to mess with her, how she showed her strength. “For us,” she said, “tomboy is survival.”

Tomboy was how Lisa showed other girls and boys not to mess with her, how she showed her strength. “For us,” she said, “tomboy is survival.”

For Susan, a white tomboy in the 1950s growing up in a Chicago suburb, tomboy meant popularity. She was catching frogs in the creek with her tomboy pals, wearing jeans—which was still a no-no—and playing as many sports as she could. She despised dolls but loved dollhouses. In third grade, she wrestled her best friend—a boy—to the ground. “This was a crowning moment for me,” she said. It didn’t dissuade the boy from being her friend. In fact, it made her more of a social success.

These are just two examples, not meant to encapsulate the entire racialized experience of tomboyism. But interestingly, however white tomboys were in the media, girls of all races have felt connected to the word and the kind of kid it represented. As Abate writes, “In the same way that tomboyish young women can be found in every early period, genre, and phase of U.S. literature and culture, so, too, can they be located in nearly all of the nation’s racial and ethnic groups.” Women of color including Princess Nokia, Janet Jackson, Robin Roberts, Priyanka Chopra have proudly proclaimed themselves tomboys, too.

The word tomboy is out of favor. Some people prefer gender nonconforming. Others stick to girl. But it’s clear that the double standards of race and gender still rear their heads together. Today, Black girls get suspended six times as often as white girls, not because they misbehave more, but because they get punished more for the same behaviors. When girls of color are aggressive—tomboy-like—it’s often seen as unfeminine and uncool by people in power. When middle-class white girls are aggressive, it’s empowerment. For reference: John McEnroe’s on-court tantrums were criticized, but generally seen as benign, and parlayed into comedy and marketing opportunities. Serena Williams has been punished for hers.

As we continue to empower girls to be physically strong, brave, adventurous, sporty, sassy and tough, we should remember that those privileges, of crossing the pink/blue divide, were once only accorded to white girls. We’ll truly not need words like tomboy anymore when girls of all races can navigate that line any which way they want. 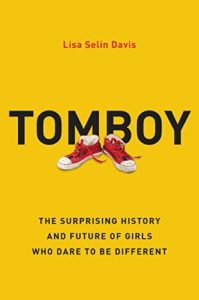 TOMBOY: The Surprising History and Future of Girls Who Dare to be Different by Lisa Selin Davis is available now from Hachette.

Lisa Selin Davis is an essayist, novelist, and journalist who has written for major publications such as the New York Times, the Wall Street Journal, the Guardian, Time, Yahoo!, and Salon, among many others. She lives in Brooklyn, New York, with her husband and kids. 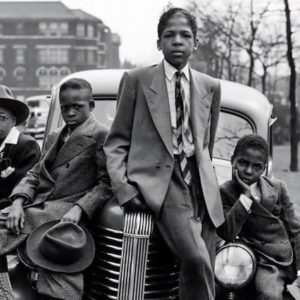 capital city of the flyover. crown jewel of the jailhouse. a town in love with its own blood, a blood browned on its own history...
© LitHub
Back to top
Loading Comments...