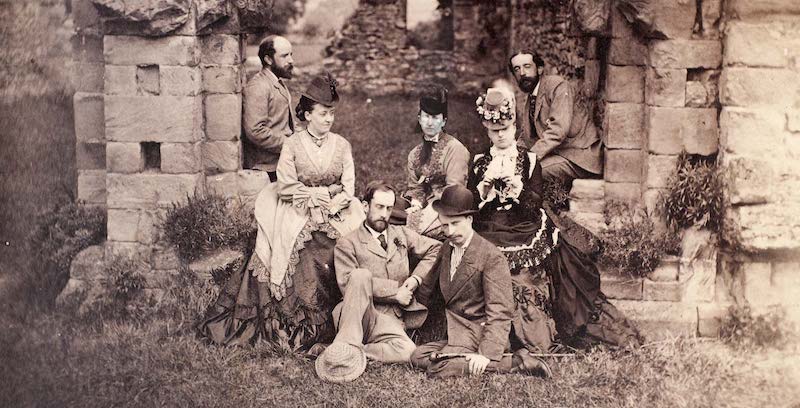 As Henry Adams arrived in Washington in the autumn of 1868, a new form of racial hierarchy, eager to overturn emancipation, took hold in the South. A series of recently passed Black codes sought to regulate the movement, labor, and behavior of African Americans; newly enacted convict laws, selectively applied to Blacks, permitted prisoners to be hired out to local farmers and private companies. “The Codes spoke for themselves,” W. E. B. Du Bois later wrote. “No open-minded student can read them without being convinced they meant nothing more nor less than slavery in daily toil.” Republicans responded to the codes with constitutional amendments securing the freedom and citizenship of the former slaves and by passing a series of Enforcement Acts (known also as the Ku Klux Klan Acts) in 1870 and 1871, which punished efforts to interfere with voting and made the infringement of civil rights a federal crime. Accordingly, President Ulysses S. Grant suspended the writ of habeas corpus in nine South Carolina counties affected by Klan violence and sent in federal troops and marshals. Though Klan power declined throughout the South, the region’s whites remained opposed to Black equality.

Such vital federal oversight on the questions of race and reunion ultimately proved ephemeral. The 1877 removal of the last occupation troops in the South—“Redemption” to the unreconstructed—coincided with the creation of a caste system sanctioned by poll taxes and literacy tests, sharecropping and tenant farming. Jim Crow—the assemblage of state and local statutes designed to legitimize racial segregation—became the law of the land. In its name, nearly three thousand Blacks were lynched in America between 1885 and 1915.

To Henry, the newly freed peoples, like the Civil War battles he had read about in Britain, were little more than abstractions; he thus innocently insisted that the nation’s constitutional system, which offered scant direction and no precedent on bringing states back into the Union, be respected. In effect, this meant no congressional Reconstruction, radical or otherwise. He thus joined his father and older brothers in warming to the attractively besieged Andrew Johnson, like them a quixotic outlier in the either/or partisan pattern. Elevated to the presidency upon Lincoln’s death, Johnson, direct in manner, blunt in opinion, and intolerant of others’ views, was a Tennessee Democrat utterly at odds with the radical Republican agenda. His list of (congressionally overturned) vetoes included the Freedmen’s Bureau Bill, the Civil Rights Bill of 1866, and the First, Second, and Third Military Reconstruction Acts. Combined, these crucial legislative achievements extended federal assistance to the freed peoples, defined citizenship to include African Americans, and established the requirements by which Rebel states could reenter the Union. Not insignificantly, this pivotal reordering of American law enlarged appreciably the powers of the central government.

Taking a strict constructionist line, the Adamses joined Johnson in looking to the South to restore itself. For a while Charles Francis doubted even the legality of slavery’s elimination. Though he believed Black bondage an obvious evil, he pedantically questioned Lincoln’s presidential powers to end the institution. Having spent the terrible war years overseas, he appeared upon his return punctilious, tone deaf, and unable to grasp the great and permanent changes brought about by the conflict. Writing shortly after the war to the Massachusetts lawyer Richard Henry Dana, author of the popular memoir Two Years before the Mast, he raised serious doubts about the Emancipation Proclamation’s juridical standing and Congress’s right to determine the fate of the defeated Confederate states: “The President’s proclamation as well as most of the plans of reconstruction of the state authorities which were offered in Congress seem to me to rest upon a mistaken idea of the powers vested by the Constitution. As President, Mr. Lincoln unquestionably had no power to emancipate a single slave. Neither had Congress the smallest right in my mind to meddle with the reconstruction of a single state.” Such an idle, inert response on the Governor’s part to southern secession and the futures of some four million former slaves lacked verve, courage, and imagination. Shamelessly stubborn, it conformed, rather, to the by now cast-off compromise politics of the not so distant past.

Adams thus joined his father and older brothers in warming to the attractively besieged Andrew Johnson, like them a quixotic outlier in the either/or partisan pattern.

The Adamses’ irrelevance in Washington almost certainly abetted Henry’s decision to position himself as a political critic. “When I think of the [Reconstruction] legislation,” he wrote to Charles, “my blood boils,” and he promised Gaskell that even though the Governor and his sons were now on the outside looking in, they “mean[t] to be seen and be heard.” What seems to be most conspicuously lacking from the Quincy perspective is simple compassion. To a man, the Adamses appeared curiously incapable of recognizing the humanity of the former slaves. Their sympathies and energies, rather, were invested in “defending” the Constitution from presidential emancipation and “extra-legal” congressional legislation affirming African American citizenship and equal protection under the law.

At bottom, and for all their education, erudition, and reputation as men committed to liberty, they lacked the moral vision to grow beyond their now dated prewar principles. In effect, they were championing an older interpretation of the Constitution, one that had allowed the southern planter class to pilot the Union for the three generations bookended by the elections of Jefferson (1800) and Lincoln (1860). But in destroying such southern articles of faith as the Three-Fifths Compromise (by counting slaves for purposes of representation, the South received additional congressional seats and electoral votes), the Fugitive Slave Law (requiring northern participation in the capture of runaways), and the Dred Scott decision (the infamous 1857 Supreme Court case that denied both black citizenship and Congress’s capacity to keep slavery out of the nation’s territories), the Civil War had also destroyed that Constitution and given rise to another, codified in the passage of three freedom-enlarging amendments between 1865 and 1870.

Ironically, many scholars today remember Adams as a remarkably capacious historian, one comfortable gauging the grand sweep of time from the medieval Virgin to the modern dynamo. Yet on the race question he made far too little of slavery’s corrosive and all-pervading impact on America. Lincoln, by contrast, acknowledged with a sharp clarity the country’s immeasurable involvement—economically, spiritually, and psychologically—in slavery and had warned his fellow citizens on the occasion of his second inaugural in March 1865 that they were now most assuredly settling with the cosmic order for centuries of injustice: “Yet, if God wills that [the war] continue, until all the wealth piled by the bond-man’s two hundred and fifty years of unrequited toil shall be sunk, and until every drop of blood drawn with the lash, shall be paid by another drawn with the sword, as was said three thousand years ago, so still it must be said ‘the judgments of the Lord, are true and righteous altogether.’” Adams’s far narrower outlook reduced slavery to a repercussion-less fact, a wicked act now mercifully ended. It lacked a living, concerned realization of tragedy.

Henry’s inability to read congressional Reconstruction as a moral struggle rather than a political blunder testified to a deeper private indifference in regard to race. While still in London, he mused somewhat crudely over the prospects of Africans in America. “I fancy white is better breeding stock,” he wrote Charles. “I doubt about black states.” Returning to America after the war, he adopted a distinctly negative attitude to the proposed Fifteenth Amendment, which excluded “race, color, or previous condition of servitude” as categories for denying black men the ballot. He coolly dismissed the Amendment as having “small practical value” and showed a greater concern that Congress might overstep its powers while applying the law. No doubt much of Henry’s myopic outlook on race can be chalked up to the composite workings of an ingrained elitism nurtured in the precincts of presidents, the dining halls of Harvard, and the country houses of England. Reconstruction’s challenge to the vanishing old republic attracted him as last stands had always attracted Adamses—he thought himself contesting yet another errant majority.

It should further be remembered that, like his father, Henry experienced the war as a spectator, rendering, to be sure, an important service in London, yet fundamentally away from the fray. His fanciful 1868 letter to the British merchant banker Thomas Baring (whose elegant Upper Grosvenor Street dinners he enjoyed), claiming, “The southern States promise soon to be richer than ever and the questions resulting from the war are practically settled,” exhibited an astonishing lack of awareness. His equally starry-eyed vision of the overmatched Johnson “saving” the Constitution as a white-led biracial South moved promptly toward prosperity showed a fundamental inability to grasp the complexities of the Reconstruction process—not to mention the formidable and deeply entrenched power of racism. Henry’s long London detour had done little to shake his settled Victorian attitudes.

At bottom, and for all their education, erudition, and reputation as men committed to liberty, they lacked the moral vision to grow beyond their now dated prewar principles.

In sum, he seemed certain that, left on their own, northern and southern leaders might yet arrive at a gentlemen’s agreement on the vital issues that divided them, though this is precisely what they had failed to do in either the contentious Secession Winter of 1860–61 or the anxious war years that followed. He thus underestimated the degree, rapidity, and ferocity to which the white South had begun to reassert its control in a dawning age of postwar apartheid. Eager while in London to dismantle the Pocahontas myth, Henry now harbored a new delusion. For in denying the concerns of radical Republicans, he paradoxically affirmed a fresh southern self-image—that of a virtuous people unfairly subjugated by a combination of Yankee carpetbaggers, black congressmen, and unscrupulous scalawags. Such problematic opinions left him ill prepared to take on the reform agenda for which he went to Washington. Principally interested in the Herculean task of cleaning out the congressional Augean stables, to free, that is, the national legislature from the corrupting influence of corporations and lobbyists, he failed to appreciate the problem of race in America with any urgency, insight, or empathy. 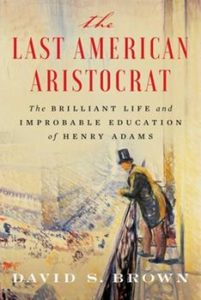 David S. Brown teaches history at Elizabethtown College in Pennsylvania. He is the author of several books including The Last American Aristocrat; Paradise Lost: A Life of F. Scott Fitzgerald; and Richard Hofstadter: An Intellectual Biography.

In a Greek Refugee Camp, the Simple Pleasures of a
Game of Soccer 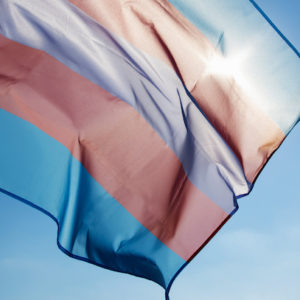 We’re writing at a juncture of crisis—of longstanding roots and rapid progression, deeply embedded in economy and ecology...
© LitHub
Back to top
Loading Comments...