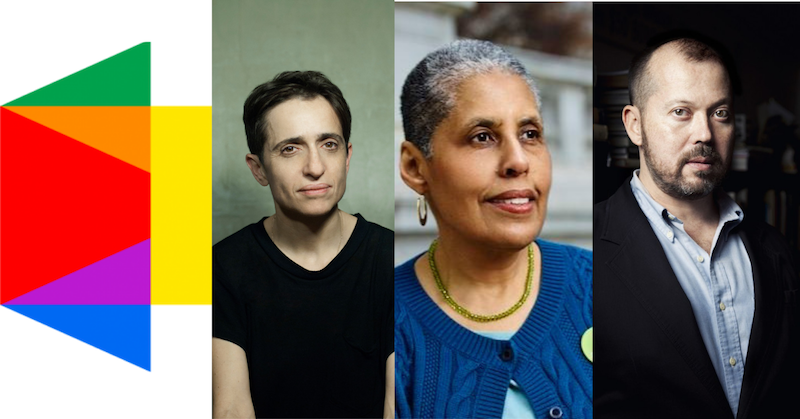 A Conversation with the Special Honorees at the Lambda Literary Awards

Every June, The Lambda Literary Awards celebrates truly inspirational LGBTQ authors. At this year’s ceremony a group of writers, noteworthy for their dedication to excellence, are receiving special honors: Alexander Chee, Masha Gessen, and Barbara Smith.

Alexander Chee will receive Lambda Literary’s Trustee Award for his immeasurable contributions to culture as a novelist, essayist, activist, and teacher.

Masha Gessen will receive the 2019 Visionary Award for their work advancing public awareness around the global threat of totalitarianism.

Barbara Smith will receive the Publishing Professional Award for her work as an author, publisher, and activist through which she opened up a national discourse about the intersections of race, class, sexuality, and gender.

In the run-up to the ceremony, I briefly spoke to each of these writers about their own personal influences, queer or otherwise, to gauge what and who inspires the inspirational?

Is there one queer book that serves as a touchstone for you?

Barbara Smith: I know you said one book, but I do think about Audre Lorde’s far reaching catalog being so pivotal for all kinds of reasons, especially for people who are concerned with the current political struggles. Her work is brilliant in that it contains analysis from a black lesbian leftist perspective.

Masha Gessen: The Motion of Light in Water by Samuel R. Delany is a book I love. Recently my daughter was taking a college course on the history of queer writing and she was assigned Delany’s book. Initially, she was reluctant to read it. I said, “I don’t know why, it is one of the best book ever written.” So, I started to read it out loud to her and she was also blown away by the writing. It is an incredibly textured book. I discover something new every time I read it. I am always surprised by what he does with language.

Often when I am asked about my favorite piece of literature, the implication is that there is a division between literature and journalism. With my work, I do literary journalism which responds directly to current events.

Masha, do you have a dividing line between journalism and literary journalism?

The dividing line between work that is simply journalism and literary journalism is simply the division between work that is well-written and work that isn’t [laughs]. I have read news stories that have blown my mind, in the way that they were structured and the way that they were written. You can write a six hundred word news item that people will remember twenty years from now, it is harder because you write it fast and because you are trying to get people some immediate information, but it is possible.

So are there any other writers that have been instructive to your own work?

AC: In my recent essay collection, I wrote about writer Deborah Eisenberg’s illuminating comments on writing autobiographical fiction. She noted that when we introduce autobiographical material into our stories we often do not have a handle on it . . . Autobiographical fiction is something of an invention, but one that we are not totally in control of, since it often draws on the unruly aspects of our lives. I understand what she was getting at: “Do you know what this means here, when you use it here?” Being able to see around yourself is really difficult, but it is required when you mine your life for autobiographical fiction.

Also, I think of writing like the work I did in ceramics class. It was always about the art of the possible. You would make this thing, put it in a kiln, and then you hope for the best (laughs). You pull out of the kiln and you say that is interesting (laughs), which is instructive of life in general. There is always a place in the work where you need to let in some mystery and happenstance.

BS: I fell in love with James Baldwin’s writing as a teenager, when he was at the height of his career, back in the 1960s. Unlike some, who only relate to James as historical figure, I experienced the emergence of his incredible talent in real time. The reason I mention the time period is that it places me in a historical context. At the time, I was a very young black woman and I had very few literary signposts. James and I had so many things in common in terms of background. He showed me the way. He was a person who showed me that I could be a writer.

Barbara, what was it about Baldwin’s writing that inspires you?

Novelist and essayist Alexander Chee is the author of the novels Edinburgh and The Queen of the Night, and the essay collection How to Write an Autobiographical Novel, a 2019 Lambda Literary Award finalist.

Masha Gessen is the author of several books, including The Future Is History: How Totalitarianism Reclaimed Russia, which won the National Book Award in 2017, and The Man Without a Face: The Unlikely Rise of Vladimir Putin. Gessen has written extensively about LGBTQ rights, Russia, Donald J. Trump, and autocracy. A staff writer at The New Yorker, Gessen is the recipient of numerous awards, including a Guggenheim Fellowship.

Barbara Smith is an author, publisher, and activist who has played a trailblazing role in opening up a national conversation about the intersections of race, class, sexuality, and gender.

She is the editor of several books, including All the Women Are White, All the Blacks Are Men, But Some of Us Are Brave: Black Women’s Studies, with Akasha (Gloria T.) Hull and Patricia Bell Scott. Smith was the cofounder of the Combahee River Collective and publisher of Kitchen Table: Women of Color Press, the first US publisher for women of color to reach a wide national audience.
Alexander CheeBarbara SmithinfluencesLambda LiteraryLambda Literary AwardsLGBTQ literatureMasha GessenWilliam Johnson
Share:

William Johnson is the Deputy Director of Lambda Literary. 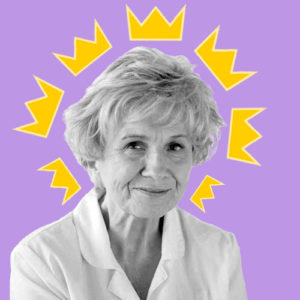 May is Short Story Month. It is also, according to Wikipedia, Celiac Awareness Month, Better Hearing and Speech Month, National...
© LitHub
Back to top