In November 1797, Thomas Cadell, of the eminent London publishing firm Cadell & Davies, rejected Jane Austen’s early draft of Pride and Prejudice. The letter he’d received from Austen’s father was perfectly cordial; in truth, it was rather sweet (‘As I am well aware of what consequence it is that a work of this sort should make its first appearance under a respectable name[,] I apply to you’), and adorably naïve in its assumption that one of the most successful firms in England would be piqued by ‘a Manuscript Novel, comprised in three Vols. about the length of Miss Burney’s Evelina’, from the unknown daughter of an unknown parson. It was clumsy, but it was kind and frank, and representative of benevolent intentions—and for these reasons, as any Austen scholar will likely tell you, it didn’t deserve the curt reply that Cadell bestowed upon it, ‘declined by Return of Post.’ In five words Cadell condemned Pride and Prejudice to remain, sight unseen, on Jane Austen’s desk for the next sixteen years until it was finally published by Thomas Egerton in 1813.

George Austen’s good-natured letter, with this rude dismissal scrawled across the top, is one of a relatively small collection of correspondence extant from the nearly seventy years Thomas Cadell and later his son, Thomas Cadell Jr., reigned at the top of England’s publishing industry, and it still resonates: History has not been kind to the publishers that—gasp!—rejected our peerless and beloved Jane Austen. The error seems egregious to a modern book lover; after all, imagine what could’ve been accomplished if Jane Austen had entered the market back in 1797, fourteen years before her first work appeared? Every Janeite on the planet probably wishes it had been so.

But to discount the Cadells as short-sighted or misdirected, or, to go further, to assume that their rejection of Austen indicates a general hostility toward women writers—this is another error. The Cadells were friends of the literary ladies of Britain, and they supported a great number of them with the kind of generous, fair contract that could not be expected elsewhere; they were even known to pay more than was originally agreed upon if the title was a success. George Austen’s actions should speak loudly to Cadell naysayers: He approached them because, in a society where women weren’t supposed to be writing, the Cadells were the best publishers a woman could wish for.

Thomas Cadell the Elder grew up in Bristol on the heels of his bookseller father and, at age sixteen, was hustled off to London to apprentice under publisher Andrew Millar. It was a coveted position—Millar had stepped into the limelight nine years earlier with Henry Fielding’s wildly popular and scandalously lusty The History of Tom Jones, A Foundling, for which he awarded the author an astounding £700–and young Cadell must’ve performed admirably, because by age twenty-five he had taken over the business and continued on in Millar’s well-established track. All of Millar’s star-studded contacts were now his as well: philosopher David Hume, map-maker John Mitchell, Henry Fielding, and Dr. Johnson and his learned circle became conduits of access to the upper echelons of London society, and through these connections Cadell gained immediate popularity as one of the most important people in town. Cadell’s time as an apprentice had been formative, instilling in him Millar’s innovative values in a transforming trade. Like Millar, Cadell believed in generous remuneration for works of quality (Henry Fielding was ready to accept £25 for his earlier novel Joseph Andrews–Millar offered him almost £200), and this professional tenet assisted greatly in building his relationships with authors. But Cadell took it one step further and applied his philosophy to an exciting new niche in the market, the freshly-formed “women’s fiction” category, where no such attention had been paid before.

It was a bold move. Ladies of letters weren’t entirely unheard of before this time—Eliza Haywood, Aphra Behn, and Penelope Aubin made big splashes in the early eighteenth century—but demand for their work was always very uncertain. Publishers were accordingly cautious in their dealings with an authoress, even going so far as to outright swindle them when the opportunity presented itself. As the 1700s progressed, however, and quality of life improved via the introduction of life-changing, time-saving technologies (steam engines, seed drills, threshing machines, smallpox vaccinations and telegraphs, to name a few), women began to learn more, read more, and thus, to write more. Female authorship bloomed at an unprecedented rate in the latter half of the century, and by 1800, publishers’ desks across London were groaning under the weight of submissions from hopeful, pen-wielding ladies. It was because of this that Britain’s female literary tradition gained traction, bringing Fanny Burney, Maria Edgeworth, Mary Wollstonecraft, her daughter Mary Shelley, the Brontë sisters, and of course the great Jane Austen spryly along with it.

But despite these changes, taking on an authoress still had its drawbacks. English society was not at all keen on accepting female professionals in any sense, let alone in a field that offered an opportunity to imperil male intellectual superiority. Women writers were outside the sphere of acceptable comportment, vagabonds in a hedged landscape of well-worn decorous pathways, and as a result, there were a great many concerns to be staved off and stepped around for both authoress and publisher. The book had to be very carefully edited; it couldn’t be too risqué, nor could it show villainous characters (especially female ones) being rewarded for morally dubious behavior. Protecting the identity of the writer, if she, like Jane Austen, wished to be anonymous, was also a hassle, as was the fleshing out of her authorial intentions in order to shed the most forgiving light on the work—for careful manipulation of her public image, even her anonymous one, diminished vulnerability for all involved. Was she writing to save her young, moderately-genteel family from the poorhouse? Was it because she was infirm, and in need of escape? Or was her work just for fun, a trifling diversion, properly peripheral in the life of a respectable female? Her position on this very important issue needed to be extensively elucidated, usually in a long introduction to the book—an extra expense for the publisher—and in every slice of publicity surrounding it.

Working with an authoress was fraught with risk, and yet, for the rare businessman like Cadell who was willing to work within these tight constraints, to take on what could potentially be a storm of drama, the profits could be well worth the effort. Charlotte Turner Smith, for instance, was one of Cadell’s brightest stars. As the unknown wife of a debtors’ prison inmate, she enjoyed an immense success with her Elegiac Sonnets in 1784. It was published at a rival firm, but Cadell, seemingly smelling opportunity, snatched her away from the competition and printed her next three novel triumphs—Emmeline, The Orphan of the Castle, was one of Jane Austen’s favorites—followed by a whirlwind of poetry whose distinct style influenced an entire generation of Romantic-era successors, Coleridge, Southey, and Wordsworth among them. Cadell also published Catharine Macaulay’s seminal political pamphlet, Loose Remarks on Certain Positions (in the first year of his tenure as Millar’s successor, no less—a commendably quick step forward). Then came Hannah More’s Inflexible Captive, The Excursion by Frances Brooke, Helen Maria Williams’s Edwin and Eltruda, and, in 1782, Fanny Burney’s Cecelia, for which Cadell awarded the authoress £250. (It should be noted that Burney smarted at this sum and felt herself ill-used by Cadell, but for a woman writer, it was a fantastic profit—by comparison, Jane Austen received £140 for Sense and Sensibility, £110 for Pride and Prejudice, and just £10 for Northanger Abbey). The literary market was steadily widening for ladies who wished to see their names in print, and by the time he retired in 1793, Thomas Cadell the Elder represented a great many of the best of them.

After Cadell’s retirement the firm passed to his son, Thomas Cadell the Younger, and a carefully-chosen business partner, William Davies, who together maintained most of the family’s supremacy in the book trade. Although they weren’t always as professional (the years-long quarrel with Thomas Percy over his Life of Goldsmith is well documented), Cadell the Elder’s influence can clearly be seen in Cadell & Davies’s willingness to contract with female writers. They issued Fanny Burney’s Camilla in 1796 and Ann Radcliffe’s The Italian the next year, for which each authoress was awarded a mind-boggling £1000 and £800 respectively, followed by Hannah More’s influential treatise Strictures on the Modern System of Female Education, both Felicia Hemans’s Records of Woman and her Songs of the Affections, and two volumes of poetry with introductions by the venerable lady of letters, Anna Barbauld.

And in the midst of this prolific, golden era of publishing, when Dr. Johnson, Georgiana, the Duchess of Devonshire, and the proto-feminist Bluestockings reigned supreme in England’s intellectual circles, when influential works like Mary Wollstonecraft’s Vindication of the Rights of Woman and Edmund Burke’s Reflections on the Revolution in France were igniting storms of controversy across parlor tables every evening, in every corner of the country, George Austen’s letter quietly arrived at Cadell & Davies and touted the attributes of an unenclosed mystery manuscript. It was the best place to go with such a request, but it was simply the worst possible approach. (A modern translation of George Austen’s letter, presumably now in an email, might go something like, “Dear Penguin Random House, I have a manuscript. It’s about as long as long the new Harry Potter. Would you be interested in publishing it?” Immediate rejection would have befallen this unfortunate author—in much the same way that, incidentally, J.K. Rowling herself was rejected—even if the work was of quality.)

Despite the loss of sixteen years of Austen publishing potential, Cadell & Davies and their illustrious predecessor, Thomas Cadell the Elder, are not deserving of the round condemnation they’ve received from the Austen community throughout history. In the midst of our efforts to uncover and restore lost writers, they should instead be praised as torchbearers for a new tradition of feminine intellectual engagement in Britain––one that will endure, thanks in large part, to its publishers. 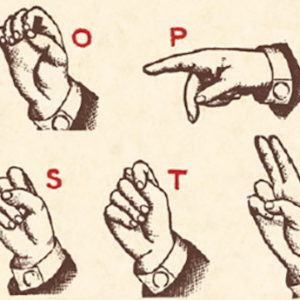 Funny how a single well-intentioned note can derail your day. Usually I avoid looking at my email when I am trying to write,...
© LitHub
Back to top