I never expect to eat the cake when I go to a birthday party, or a wedding. Date nights have culminated in curling up on a bathroom floor because of cashews in the stir-fry, or shrimp paste in the soup. When in large crowds in times of unrest—protests, marches—I have a disproportionate fear of being pepper sprayed. I imagine someone sluicing my face with milk, trying to help, which would send me into anaphylactic shock. My food allergies inflect who I am and how I move through the world.

But I didn’t write about histamines and hives in my student writing workshops; that didn’t seem like the stuff of poetry. Not until the final semester of my MFA program, meeting in a coffee shop with one of my thesis advisers, did I begin exploring these experiences in a series of “Allergy Girl” drafts. Richard McCann, my mentor, was a liver transplant recipient and a witness to the AIDS epidemic. We shared the vocabulary of blood, of immuno-resistance, and he created a safe space for writing about what I learned to call the medicalized body. These “Allergy Girl” poems were some of the only ones from my thesis to end up in my first collection, Theories of Falling.

Re-reading them now, I’m struck by their extensive use of simile. I was determined to translate my experiences into non-allergic terms. Hives became red mushrooms rising; the Nebulizer became an airplane’s emergency oxygen mask.

My desire to be relatable sometimes bent the truth of what was captured. In one poem, I describe helping to bake my own birthday cake, choosing an egg-based mix that classmates will find appetizing—even though that means I can’t eat the cake. The narrator lines up “twelve birthday gum drops” in the pencil-groove of her desk, but they were actually hazelnuts. Readers had gotten confused, asking “aren’t you allergic to cashews?” and not understanding that one nut allergy doesn’t render all nuts off limits. I made my “treat” into a kind of candy instead. But that muffles the reality of my classmates’ pitying looks as the teacher counted out hazelnuts into my hand.

Technically, I’d written a memoir, but what kind of memoir was it? I wrote a book about disability in which the word “disability” appears only once.

When I wrote Don’t Kill the Birthday Girl: Tales from an Allergic Life, I got the space I’d craved to add nuance and weave in research. Whenever possible, I called the book a “cultural history of food allergies.” I still recall the conversation in which I pleaded with my editor to be assigned the “Cookbooks, Food and Wine” shelf space in Barnes & Noble. I wanted to talk about the medicalized body, but I was wary of the “Health and Illness” shelf. I kept looking for a way to make my life funnier, sexier. The book’s publicist arranged a call-in to an Irish radio show so the rush-hour crowd could hear about my most embarrassing dating stories. I wrote a piece called “Love Me, Love My Allergies” for eHarmony.

Technically, I’d written a memoir, but what kind of memoir was it? I wrote a book about disability in which the word “disability” appears only once. And that, I’ve since realized, was a mistake.

I can hear Richard’s voice in my head: who said the medicalized body couldn’t be funny, or sexy?

It wasn’t until a community of disabled writers welcomed me that I had to decide whether I was coming to the table as an ally, or as someone who openly affiliated as disabled. I have a condition that is largely invisible, except when mid-reaction. Visible when the famous writer steps past my prone, wheezing body en route to his bookstore event. Visible when I give my scheduled introduction for a friend at her reading and, moments thereafter, dash outside the venue to throw up for the fifth time that evening. Visible when I wear sunglasses in the elevator to hide the edema in my eyelids.

The more I listened to the stories of my D/deaf and disabled friends, the more I recognized my own. They gave me a home I didn’t know I’d craved. They offered me conceptual models for dynamics I’d been trying to name for years.

Claiming an identity and adding “disability memoir” to my bio isn’t just a way of giving myself permission—it’s a way of taking responsibility.

Or take “crip time,” which argues non-normative bodies cannot be compelled to engage with normative time frames. Honoring this can mean relaxing the expectation of a precise start time to a meeting. When my restaurant order stretches to five minutes because of my questions, instead of the expected fifty-second interaction, and when I refuse to be rushed or guilt-tripped by the waiter, I am claiming my crip time. And when I remind myself that the undergraduate who answers fastest should not be the one I reward with the higher grade, I am choosing to value crip time in my classroom.

I’m juxtaposing these examples intentionally. Claiming an identity and adding “disability memoir” to my bio isn’t just a way of giving myself permission—it’s a way of taking responsibility. I’ve returned to my earlier work, reevaluated, and found internalized ableism. One marker, rife in the poetry world, is when disability is depersonalized and distilled into metaphor. Did I really need to describe Christmas lights as being “epileptic” in their blinking? Why equate “blindness” with ignorance? When I say “I hear you” to advertise empathy, what does that signify to someone who is D/deaf? What does it mean to be “paralyzed” with fear?

In my fourth collection, Made to Explode, I find myself returning to the topic of food allergies. But instead of inviting in the non-disabled, I am reflecting my experiences outward—what it means to be typified and labeled, and why I don’t enjoy someone’s death by allergic reaction as a plot device. I’m using formal moves, as in the open-ended phrasing of “Customer Service Is,” to evoke the bureaucratic, systemic short-changing of those with disability. Instead of thinking of “dis” in terms of what is absent or lacking, I’m invoking Dīs Pater, the Roman god.

In spring of 2020, a caucus of D/deaf and disabled writers met at an annual creative writing conference, where a Board member for the hosting nonprofit joined us. We discussed how his organization could better meet the needs of our community; the conversation turned tense at moments, but I was glad he seemed to be listening. When we crossed paths in the lobby he gave me his card, paused, and said, Wow, they were really something, eh?

That distancing “they” reminds me, always, that I pass. I seem easy. Skip the pizza party and keep cheese off the reception menu, and Sandra’s fine. That is a pernicious attitude. I don’t want to be anyone’s checkbox for modeling accommodation.

If I could rewind to those afternoons with Richard, sipping iced coffee on 17th Street NW, I’d push beyond the topic of my own poems. I’d ask what it had been like for him to write about his transplant experience, as he did in his acclaimed essay “The Resurrectionist,” and to live with immuno-compromise, while also being an author who traveled and taught widely, and who opened doors for so many. I’d ask how he developed such an unerring ability to ask writers the right question, the one that unlocked a story they’d been waiting to tell.

Who said the medicalized body couldn’t be funny, or sexy?

I’d ask him how we can coax writers with medicalized bodies—there are so many of us, some quite powerful—to advocate laterally for inclusion. I’m not talking about the accommodation tailored to my singular health; I’m talking about infrastructure necessary for welcoming all. Disabled writers and writers with chronic illness are in no way inferior or less worthy of invitation and, frankly, we’re already in your midst. What would happen if more of us openly affiliated? And what happens when we take from that not only permission, but responsibility?

Richard would laugh and then, I’m quite certain, he’d give me a history lesson. And the real conversation would begin. 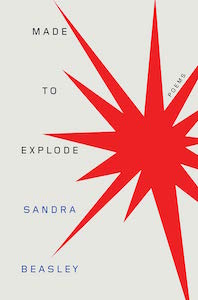 Sandra Beasley’s Made to Explode is available now via W.W. Norton.

Sandra Beasley is the author of four poetry collections—Made to Explode, Count the Waves, I Was the Jukebox, which won the 2009 Barnard Women Poets Prize, and Theories of Falling—as well as Don’t Kill the Birthday Girl: Tales from an Allergic Life, a disability memoir and cultural history of food allergies. She served as the editor for Vinegar and Char: Verse from the Southern Foodways Alliance. She lives in Washington, D.C. and received her MFA from American University, where she is the 2020-21 Visiting Writer in Residence.

“The Windows Kept On” 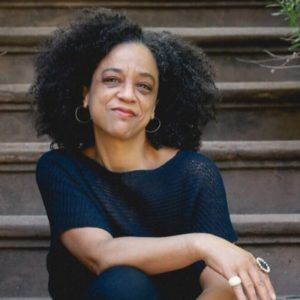 This week on The Maris Review, Rebecca Carroll joins Maris Kreizman to discuss her book, Surviving the White Gaze, out now from...
© LitHub
Back to top
Loading Comments...