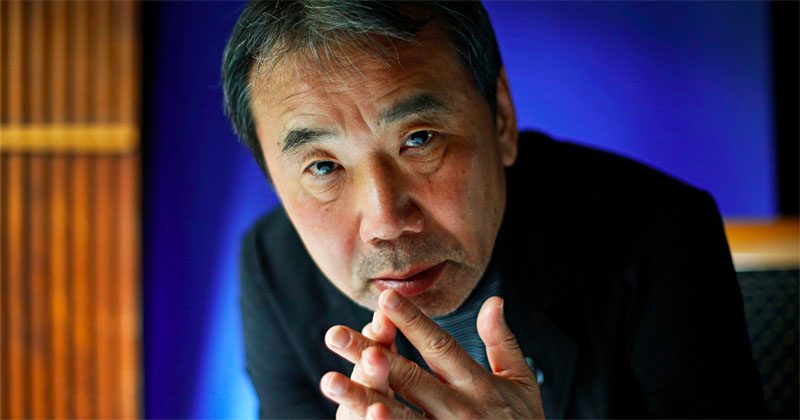 The Political Murakami on Life in a Dark Timeline

Gabrielle Bellot on the Unreality of the Real World, Post-9/11

In a 2010 reflection for the New York Times on the significance of 9/11, the Japanese writer Haruki Murakami asserted that “we are living in an age when reality is sufficiently unreal.” In the essay, Murakami divided the world into two parallel realities: Reality A, “the world we have now” in which 9/11 happened, and Reality B, “the world we might have had if 9/11 had never happened.” “Reality B,” he wrote, “appears to be realer and more rational than the world of Reality A. To put it in different terms, we are living a world that has an even lower level of reality than the unreal world. What can we possibly call this if not ‘chaos?’” The ripples from 9/11 across the globe, Murakami believed, had altered it forever, eroding open a mossy door and unleashing something inexplicable, something vast, irrational, and scary, into the waters.

In an interview six years earlier with The Paris Review, he had said something similar, but even more unnervingly prescient of the reality-undermining rhetoric of Trump in 2017. “We are living,” Murakami said, “in a fake world; we are watching fake evening news. We are fighting a fake war. Our government is fake. But we find reality in this fake world. So our stories are the same; we are walking through fake scenes, but ourselves, as we walk through these scenes, are real.” This fakeness, he averred, figuratively extended to how critics outside of Asia tended to classify his books, in that where they saw something unreal, Asian critics often saw the opposite. Notably, he said, his fiction was often classified in the West as “magical realism.” However, reality in a post-9/11 world was, for him, just as magically chaotic and existentially absurd as the labels implied of his fiction, not unlike the way Mikhail Bulgakov’s breathtaking, baroque The Master and the Margarita—with its parade of witches, undead Russians, a charmingly devilish talking cat named Behemoth, and a charismatic Satan masquerading as a professor of the dark arts—used the magical to suggest how literally unreal it seemed to live under the terrors of Stalin’s Russia.

Indeed, in Japan, Murakami’s fiction is often seen as Western, with its signature references to classical music, jazz, and American and European literature; in the West, however, Murakami is often described as representative of Japan—even, for some critics, that often tone-deaf term, “exotic.” (Marketing is partly to blame; in the West, Murakami’s covers, while attractive, often feature a palatable exoticism, a simple, safe, vague Otherness designed to draw in readers who might hesitate before more overtly non-Western cover imagery, thinking they won’t understand the latter book.) “Outside of Japan, Haruki Murakami becomes Japan, or at least the Japan he wants you to see,” Roland Kelts wrote in a profile of Murakami for The New Yorker, and it is true: there are, as Kelts, says, “two Murakamis.” Indeed, there are two of many things in Murakami’s work, including reality itself.

“The world was terrifying long before a plane’s crash broke open a door to an existential underworld.”

Murakami’s work is filled with ontological binaries: parallel worlds, each real, and each of which, at some point, may intersect, like parallel train tracks of reality that, suddenly and jarringly, cross. In Murakami’s fiction, it’s often difficult to know what is true and what is not—and, sometimes, it seems disquietingly possible that a thing can both be and not be, simultaneously. This forms the core of many of his short stories, like “The Dancing Dwarf” and “TV People” from The Elephant Vanishes, and underpins his longest novel, IQ84, as well as my favorite of his novels, Hard-Boiled Wonderland and the End of the World.

Perhaps the text that best exemplifies this, however, is “Super-Frog Saves Tokyo,” a bizarre short story from his mini-collection after the quake, in which Katarigi, an unspectacular man from Tokyo, unceremoniously meets a six-foot talking frog named Frog in his home one day; Frog informs him that he and Katagiri must defeat an underground entity named Worm—literally, a gigantic worm—that will cause a cataclysmic earthquake if they fail to defeat him. Frog is invisible to everyone but Katagiri, and Katagiri later seems to hallucinate being shot, casting doubt on his sanity, yet Frog also pressures one of Katagiri’s clients, unbeknownst to Katagiri, into fulfilling a difficult request. No earthquake occurs. When I teach this story, I have my students make lists of evidence for and against Frog existing—and we can never, as Murakami likely intended, come to a definite answer. Katagiri likely hallucinated Frog, but Frog also has evidence in favor of his existence. Eerily, impossibly, both may be true: Frog doesn’t exist, yet he also does, in some ontological shadowland, our reality too small to contain him.

Like Murakami’s 9/11 comments, after the quake’s stories attempted to translate a catastrophe—the Kobe Earthquake. Perhaps Murakami’s lesson is that both realism and realistic fiction may be malleable, the latter needing to become more absurd as the former does to contain it. “The theme,” he told The Paris Review when asked about Kafka on the Shore, another novel blurring the realistic and the fantastical, “is this world and the other world; how you can come and go between them.” The surreal is the real; the real is surreal.

He probed deeper still into this idea in an interview with the New York Times, where he invoked imagery straight out of Hard-Boiled Wonderland and the End of the World to describe both reality and 9/11. “What I write are stories in which the hero is looking for the right way in this world of chaos,” Murakami said. “That is my theme. At the same time I think there is another world that is underground. You can access this inner world in your mind. Most protagonists in my books live in both worlds—this realistic world and the underground world. If you are trained you can find the passage and come and go between the two worlds. It is easy to find an entrance into this closed circuit, but it is not easy to find an exit. Many gurus offer an entry into the circuit for free. But they don’t offer a way out, because they want to keep followers trapped. Those people can be soldiers when they are ordered to be. I think that is very much like what happened with those people who flew the planes into those buildings.”

Inexplicability enters the world in his fiction. It’s there even before it’s named, like an inkling—fittingly, the translated name of underground creatures from Japanese mythology, kappas, in Hard-Boiled Wonderland and the End of the World. It’s almost everywhere, even in his less experimental novels, like Sputnik Sweetheart and Colourless Tsukuru. But when Murakami links this existential absurdity to the fanatical terrorism of 9/11, this inexplicability breaches not merely the real world of his fiction, but the real world we live in. What can that already simplistic term, magical realism, tell us in a world where the extraordinary unexpected is already now the ordinary expected?

On the one hand, Murakami’s assessment is naïve. Gabriel García Márquez’s use of “magical realism” partly described unimaginable brutality—Colombia’s period of La Violencia—long before 9/11. 9/11 was shocking; but it also was not, if viewed through a long historical lens. Unquestionably, it changed the world, its ripples of violence connected to Islamic fundamentalism buoying up populist movements, which all share anti-Muslim politics, by Trump, Marine Le Pen, Frauke Petry, and their ideological ilk; but it is overly simple and conservative to assume the world was truly more coherent before it. It is a privileged fantasy, much like saying the 1950s was “a better time”—quite a vacuous statement to someone still living under legal segregation. The world was terrifying long before a plane’s crash broke open a door to an existential underworld.

“What can that already simplistic term, magical realism, tell us in a world where the extraordinary unexpected is already now the ordinary expected?”

But on the other hand, Murakami’s braiding of his fiction’s themes to the world his readers live in is instructive and important. Contrary to a common-sense view, realism is not a simple stable genre; as our understanding of the world changes, so do our definitions of realism. Life may seem to go on as it used to, if we were not directly impacted by a major event like 9/11, but the makeup of the air, the earth, the water and wind, slowly changes even for those furthest from a blast, just as Ray Bradbury wrote in a 1952 story—nearly a decade before Edward Lorenz would gain credit for coining the term—that the flap of a butterfly’s wings in one part of the world, or in one timeline, could completely alter another. (As James Gleick put it in Chaos: “a butterfly stirring the air today in Peking can transform storm systems next month in New York.”) I saw 9/11 on an old TV screen in Dominica; I didn’t understand, for years, how those images of smoking towers on the TV we had to run to unplug during lightning storms had changed me, had changed nearly everyone.

Our fiction casually adjusted to accommodate the blast, even if we thought we were writing far from the blast, we were, indeed, not writing about the blast at all. The world had already been absurd, to those paying attention to the unending reported and even more unreported brutalities around the globe; perhaps the world is just more likely to look different as a multiracial child from a former European colony, where the scars of colonialism never fully heal, even if, like me, you grew up after independence. But now, perhaps, a new generation of writers would be unable to avoid the instability, the absurdity, of the post-9/11 world.

Maybe this is Murakami’s chthonic insight: that the dark underground, where the bad things wait—be it the underground of the mind, or the Underground he wrote of in 1997 in his account of the 1995 Tokyo Subway sarin gas attack by terrorists from Aum Shinrikyo—is not that deep down. The underground can’t stay buried. Reality A and B are indeed different—but like parallel train tracks in his fiction, they would inevitably crash. Perhaps Reality A—9/11—was inevitable; had it not happened then, it would have happened soon enough.

Murakami often distanced himself from established Japanese writers, most of all Yukio Mishima, but he shared with Mishima, Kawabata, Abe, and others a bringing-forth to the surface in his fiction of buried things—disquieting things, lurking in the senseless moonless nights of the self. We learn from Murakami that what is underground will soon become foreground, that all blasts may affect us, even when we don’t know, or want to believe, they have happened. We learn from Murakami that the world is indeed a hard-boiled wonderland, while hoping it isn’t also the end of the world. 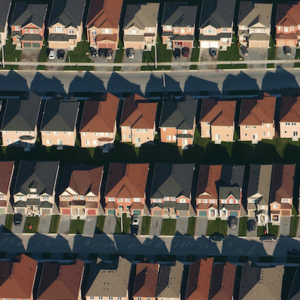 In the canon of common dreams, it’s a classic among classics: the dream in which we discover an unfamiliar room in a familiar...
© LitHub
Back to top