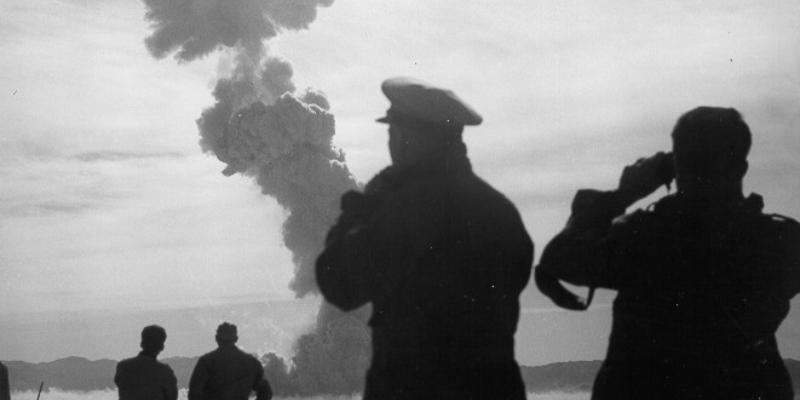 Al Murray and James Holland discuss the plight and treatment of our nuclear test veterans of the 1940s and 50s. They are joined by campaigning journalist Susie Boniface to discuss the government’s mistreatment of the veterans and the litany of illnesses that affect their lives today.

Susie Boniface: In the 80s, this was a massive, huge scandal. Thatcher was forced to answer questions in the House on it. Every newspaper was covering it. It was on Panorama and Horizon and everything else. Today, I am literally the only person left in the country who reports on this. I think in all the years that I’ve covered it—I’ve been at the High Court case, never saw another reporter there. The only time I saw any other reporters was 2012 when it went to the Supreme Court and got effectively thrown out, and there was the BBC and a few other people outside who reported on failure of the British test veteran sort of thing. But no one else has ever done much on it. And I was reading a story about an investigation the Financial Times did about some financial wrongdoing a little while ago, and the reporter on that had spent years trudging after this scandal. And he was told by one of his colleagues, “Every reporter has a white whale.” And this one is mine. It’s just my thing. Because I can’t rest. I can’t forget about it.

When I went to that High Court case, I met people who I hadn’t previously met. Widows of men who had flown through mushroom clouds. There was a widow who sobbed on my shoulder—she was in her seventies at the time—and she sobbed on my shoulder about the miscarriages she’d had forty years earlier, and she still missed her children. There was a lady I met whose husband, Mick Clark his name was, he was a taxi driver. He’d been at the tests, he’d gone home terribly ill, lots of cancers, and she came to me and said hello. And she said, I’ve kept every single thing you’ve ever written about this. I’d never heard from her.

In 2009, I interviewed a guy called Barry Smith, who was dying, and he’d applied for a war pension. One of the horrible vagaries of the British war pension system is that you have to prove what happened to you. If you had your leg blown off in Afghanistan, there’s not really much arguing about that. It’s definitely not there. You can get a second opinion if you’re asked to because that’s easy. But if you are irradiated, you are required to prove you were irradiated. The only people who ever took that data or could prove it are the Ministry of Defence (MoD), who you’re asking to give you the war pension. And a lot of the times they don’t have the information anyway. Or if they do, they’re sitting on it.

So Barry was having to go through this process. He was having to appeal. He wanted to get a pension to look after his wife, Anna, and his daughters after he’d died. He had a kind of cancer that was radiogenic, and he had a load of evidence from Hiroshima experts that this was a kind of cancer they had seen in Japan as well after the blast. And he went to this final war pension appeal hearing, and he had to get off his deathbed to do it. He was very ill at the time. And they got in there, and this was like the second or third hearing, and the MoD said, oh, yeah, we haven’t read this paperwork, can we have an adjournment, please? And Barry sort of stood up and said, you do realize I’m dying, don’t you? Can you read it in the break and come back in here after lunch? Let’s have this decided now. And the tribunal granted the adjournment, and Barry went back home.

I spoke to him over the phone, and by that point, his breathing was really bad and his voice was really weak, so Anna said to me, you ask me the questions and I’ll ask Barry, and I’ll tell you what she says, because she could understand what he was saying. So we had this weird sort of three-way interview. At the end of it, I was just winding up and saying, well, thank you very much and take care. Because what else can you say? And Anna came back on the phone and she said, Barry says don’t give up, don’t let them win. I’m filling up now just thinking about it. He died a few days after that, and Anna kept on fighting for the war pension and eventually she lost. I heard from her daughters a little while ago, and I said to them, I think about your dad quite a lot. I never met him, but every time the MoD is really obnoxious, I think about what Barry said to me. If you can listen to the words of a dying man who says, don’t let the buggers get away with it, conscience plays on you. You can’t let it go. 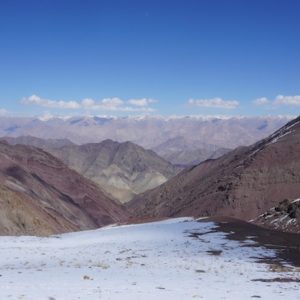 The summer after I returned from my language year abroad, travel bug having firmly embedded its fangs into my neck, the chance...
© LitHub
Back to top