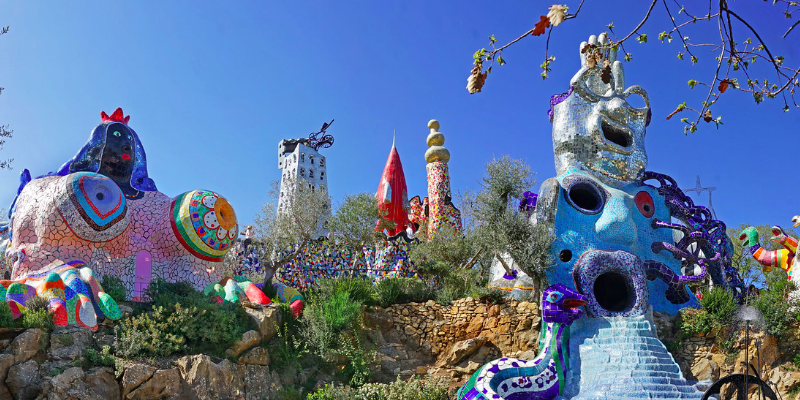 After a year of the pandemic, a year without travel, without the theater, without going to the movies, and without museums, I finally went to an exhibition: Niki de Saint Phalle. Structures for life, at MomaPS1. The emotion of walking into a museum after so long was indescribable. But it was nothing like the emotion I felt when, among the works on display, I found a video that, starting with a scene of a swallow nesting under one of the artist’s statues, contained scenes from my adolescence spent in the Tuscan countryside, including the voices of people I knew, people who were, along with the artist herself, the inspiration for my latest novel. I felt as if the past and the present, fiction and reality, life and its representation, memory and immanence, existed contemporaneously but on different planes, like in some kind of sci-fi movie.

The Garden of Monsters, which was published in 2020 in a translation by Liesl Schillinger, is set in the late 1980s in the Tuscan countryside where I grew up and where, over the course of almost twenty years, from 1978 to 1992, the French American artist Niki de Saint Phalle built her largest and most fantastical work. De Saint Phalle’s Tarot Garden, which contains twenty-two gigantic statues, some of them big enough to enter and walk around, reproduces the major arcana of the Tarot deck. And although my novel is a work of fiction—that is, “any references to historical events, real people or real locales are used fictitiously,”—Niki de Saint Phalle is one of the main characters in the story.

The inclusion in a novel of a real person’s life story, the choice to portray her as acting and interacting with completely invented characters, influencing them to the point of changing their lives, is a difficult, dangerous operation that is courageous and presumptuous in equal measure. However respectful its intentions may be, it is still an embezzlement. While I believe that literature is almost always the fruit of a complex relationship between reality and fiction—or, as Juan Carlos Onetti says, the ability to “lie the truth well”—there were, in this case, also personal reasons that led me to the risky decision to insert Niki as a character in my novel. Those reasons resurfaced while reading what Petandr Schjeldahl wrote in the New Yorker about the PS1 show and de Saint Phalle’s work: “Any work by her is like a destination that, once reached, lets you go elsewhere only by retracing the way you came.” This phrase captures how the artist’s presence operates in my novel, because “retracing the way I came from to go elsewhere” is precisely what happened when I wrote about her.

The Garden of Monsters was not plotted out at a writing desk; rather, it was born organically from my memories of the place where I lived for many years and to which I still feel I belong. My feelings about that place today may be mixed, and my understanding of the events that occurred in those years is very different from how I understood them then, but my sense of belonging to that land is undiminished. Literature, in addition to comingling what is true and what is invented, also uses memory, and memory in turn is both the custodian and the simulacrum of reality. It is no coincidence that Mnemosyne, the mother of the Muses and the personification of Memory in Greek mythology, is invoked at the start of the earliest books in the Western literary tradition.

In The Garden of Monsters I returned to the past to chart a new path with it.

In The Garden of Monsters I returned to the past to chart a new path with it. Into that familiar landscape I placed two families, one local, farmers, and the other a bourgeois Roman family. Their fates are intertwined and merge with a series of conflicts unfolding within each single family. The region where their stories are set was overrun, beginning in the 1980s, with chic, celebrity tourism. For this reason, it was the ideal backdrop for depicting not only the changes taking place in Italy at the end of the 1980s and the start of the 1990s but also certain transformations that transcend that specific historical and socio-economic context. Issues like the dissolution of ideologies, the hardening of power dynamics linked to wealth, individualism, the overwhelming superficiality of the time, are mirrored in intergenerational, class, or gender conflicts.

In town, there is an intoxicating explosion of wealth accompanied by elaborate parties and the discovery of unprecedented personal freedom; everything—politics, faith, family ties, labor, class, moral rigor, age-old certainties, sexual identity—seems to be dissolving and losing definition. These kinds of transformations bring human weaknesses and vices into focus. They can at first seem embracing and liberating but often turn out to hide a mean-spiritedness. In the midst of these changes, a fragile creature, fifteen-year-old Annamaria, who is unlike the adult “monsters” that surround her, struggles to find her place.

In this same region, a parallel world so extraordinary as to seem unreal is taking shape. A few miles from the village where she lives, in a large field running between the Mediterranean scrub and the sea, land that belongs to the Agnelli family, owners of Fiat, huge colored structures with unusual shapes begin to rise. People call them “monsters.” It is Niki de Saint Phalle’s Tarot Garden. With patient dedication, structure by structure, all the while residing inside one of them (that of the Empress), this extraordinary woman is constructing a wonderland. I witnessed its birth, and it has bewitched me ever since.

Literature, in addition to comingling what is true and what is invented, also uses memory, and memory in turn is both the custodian and the simulacrum of reality.

Although we lived a few miles from each other for a long time, I never met Niki de Saint Phalle in person. It sometimes feels as if I were trying to remedy this in my novel. The rural world in which I grew up was anchored to strongly patriarchal models. In the wider society, however much it was evolving, most women still struggled to find true emancipation and freedom. Knowing Niki in person would have opened doors to the future earlier than they were eventually opened by learning about her in books or from interviews. So, I made certain that her presence, her example as a powerful woman and a pioneer of feminism at a time when most women in the art world were models, or muses at best, had a direct impact on the teenage protagonist of my story.

It wasn’t a painless process. The pleasures and pitfalls were endless. I studied Niki’s life through her biographies, illustrated autobiographies, art catalogs, graphic novels; I interviewed people who collaborated with her and who told me anecdotes and details that I would never have gleaned from the books. All of this was a pleasure, and it allowed me to explore her life in depth and move with confidence in the reconstruction both of her character and of the events happening around her. At the same time, I was terrified of somehow betraying her, of shoehorning her life story into other events in my novel. The fear of using her voice in dialogue, of employing words that were not hers, at least not in the context in which I was placing them, even when I knew that they were things she had said or could have said, haunted me throughout the writing of the book. It haunts me even now.

While I allowed myself every necessary freedom (and cruelty) where the fictional characters were concerned, with her I had to be more cautious. I needed to be respectful, to protect her memory, and it was a kind of cage, a self-imposed limit to the infinite potential of imagination.

Niki’s life and the parallel, magical world of her garden, contrast with the real-world narrative in my story. Garden vs. town. Art vs. life. Art offers a possibility to escape from life’s monsters, first of all for the artist, who found in painting and sculpture an escape from the violence suffered as a child and from its lifelong consequences. “I was lucky to discover art,” de Saint Phalle is quoted as saying in Jason Farago’s article in the New York Times on the PS1 show, “because on a psychological level I had everything you need to become a terrorist.”

Niki’s art is a stroke of luck for the fifteen-year-old Annamaria, too. It opens doors, gives her life and access to a different and freer world where there is no shame or fear of people’s judgment. An absurd and mysterious world, not without dangers, but one that has the brazen beauty of artifice and is strong because it is free from the fear of social approbation. Through Niki, Annamaria will learn about the freedom that every woman can and must take; freedom to break family strictures, to desire without shame, to love without restraint, to dream without fear of making mistakes.

While writing this piece, I wore a t-shirt on which is printed a famous photo of Niki de Saint Phalle during one of her “Shooting Pictures” performances that made her famous in the sixties. She would shoot her canvasses with a rifle; behind them were sacks of paint, the resulting effect being that of her paintings seeming to bleed after having been shot. I glanced in the mirror and noticed that she was pointing her rifle straight at my heart. And I realized that while writing about her, Niki, my muse, my teacher, my favorite character, I had always felt like I was her target. Being shot in this way, however, can hurt you but doesn’t kill you. A shot to the heart like that is a form of forgiveness, because no one knows better than she that an open wound can give birth to a work of art. 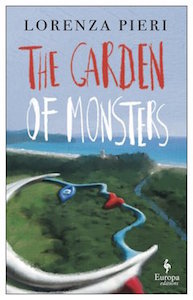 Lorenza Pieri’s The Garden of Monsters (trans. by Liesl Schillinger) is available now via Europa Editions.

Lorenza Pieri was born in Romagna but spent her childhood and teenage years in the small island of Giglio, off the coast of Tuscany. She studied in Siena and Paris and worked in publishing for fifteen years. In 2014 she moved to the United States, where she works as an author, journalist, and literary translator. Isole minori, her award-winning debut novel was published in Italy in 2016 and has been translated in five languages. The Garden of Monsters is her first book to appear in English. 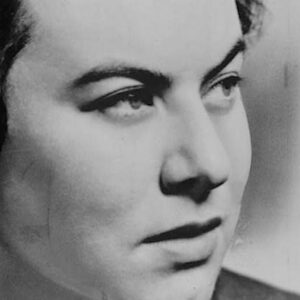 My earliest encounter with the poems of Muriel Rukeyser was in a seminar on contemporary American poetry in my first year...
© LitHub
Back to top
Loading Comments...