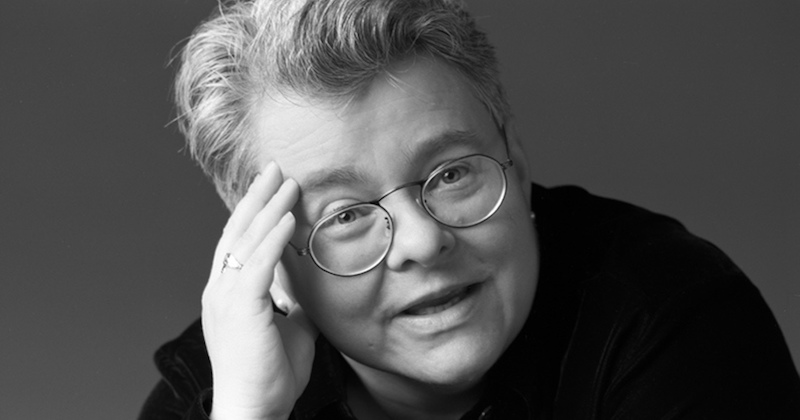 “The play doesn’t belong to the playwright.” Paula Vogel on collaboration in theater.

Today is the 70th birthday of the great Paula Vogel, the Pulitzer-winning playwright of Indecent and How I Learned to Drive. In celebration, we’re revisiting her 1997 BOMB conversation with Mary-Louise Parker, the original Lil’ Bit in How I Learned to Drive, which took place shortly after the play premiered—specifically, a particularly inspiring exchange where Vogel discusses the nourishing role of actors in the playwriting process.

Here, Vogel speaks about the original cast’s contributions to How I Learned to Drive:

Vogel: You’re a great new play actor, because you’re willing to say, “Wait a moment, maybe I don’t have to wait.” That’s when a playwright knows to trim, when the actors are ahead of the script. That’s how you make the script lean and mean. Every script, every new play is a theory. I don’t know if it’s going to work, which means a writer has to go in like a tailor, and listen to the actors and say, this is what Mary-Louise is doing brilliantly, trim this more, or give her more. If it is perfectly tailored for the first cast it will be universal.

Parker: Do you ever feel like you’re having to relinquish something that was important to you, or something that you envisioned, because these five actors happen to be doing it? Do you ever think about the next five, what they’ll be able to do?

Vogel: No. There are only a couple of things where I’d say, it’s important, it’s a private thing. But then I’ll tell you what’s in my head, because if you’re not getting it, it’s not yet on the page. Once during rehearsals you said, “Oh, that’s what that means, let me try this.” And then you made it work. If it’s really that important I have to say why. And if it doesn’t work I should cut it and just let it be my private thought. If I wanted everything to be exactly as it was in my head, exactly word for word, I should be writing novels. The play doesn’t belong to the playwright.

Parker: You totally embrace the process.

Vogel: Absolutely, otherwise get out of the field. If you’re going to be a playwright, you’re going to craft something that lets actors, directors and designers do their thing with an audience. You provide the structure. The really great playwrights that I love absolutely do that. I think we must have said this in the first week of rehearsal: Words are cheap. They are very cheap. If they don’t work, drop them, cut them, change them, it doesn’t matter. What matters is simply that I’m writing notes for you to play to the violin as an excuse to hear you playing the violin. I know that sounds strange, but I’ve now experienced working at such a high level that it doesn’t feel like I’ve given anything up . . .

I don’t remember the original impulse, or what I thought [Lil’ Bit] was going to sound like, or look like. I have no idea what that was. I think it’s a phenomenon. That’s the tremendous gift, or contract, that happens on first productions. The first actors make my ephemeral visions disappear, to be replaced by living flesh and blood . . . [As an actor] you put together every truth that you have to say in a play and make an emotional logic out of it. It’s got to be your logic. It’s not my logic on stage, it’s yours.

It’s a useful reminder: that theater-making isn’t a power struggle for one’s own vision to get made, it’s a group process of arriving at clarity. You can read the full interview—which discusses audience walkouts, writing “edgy” topics, teaching undergraduates, and more—here.