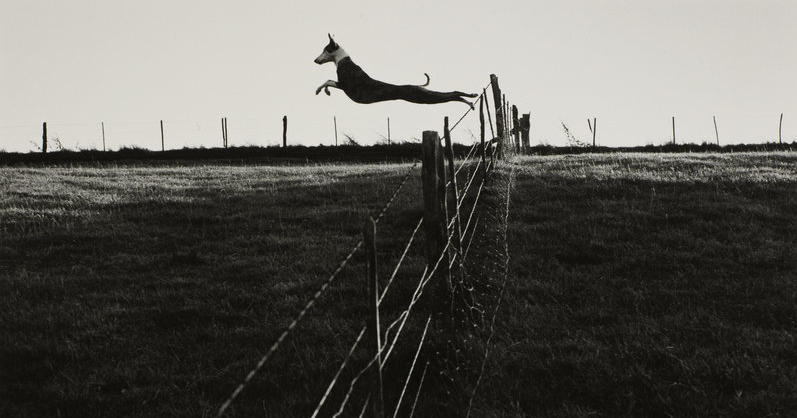 Laura Schenone Finds Endurance in the Work of Fay Godwin

A daily reporter once told me her trick for writing under intense deadline pressure was to imagine herself on a train. Each station stop was another point she had to make, another fact or quote. The thing was not to get off the train until the end of the ride.

I was envious in the way that marathon runners envy sprinters. I write nonfiction books (three so far), and the research and writing has always taken more years than I ever expected. There has never been a single train ride long enough to get me there, but instead, dozens of routes in unclear directions and what seemed like hundreds of miles to walk between stations.

How to keep stamina for the long journey? In my most recent book, it was much harder than my first two. I had some challenging life events, complicated by the gray muck mind that my mother calls a bad habit and my psychiatrist calls clinical depression. This is not unusual or special; it happens to so many people that I see no need to hide it or elaborate. But it is pertinent to this story because it made this question of stamina and where to find it all the more important. When I sat down to work, fatigue overwhelmed me. Deadlines passed, and after some years, I considered cancelling my book contract. I did not because I didn’t want my kids to see me fail. Yet the question remained, how to find the energy? I needed to love my subject.

Time and again, the answer came from this photograph called Leaping Lurcher. To say that this single image gave me inspiration would be a vast understatement; it was more like a religious icon. Over the course of my journey, I looked at this photo hundreds of times. It never failed to revive my love for my subject and my feelings that I was on to something important and a story I needed to get back on the train so I could tell it. 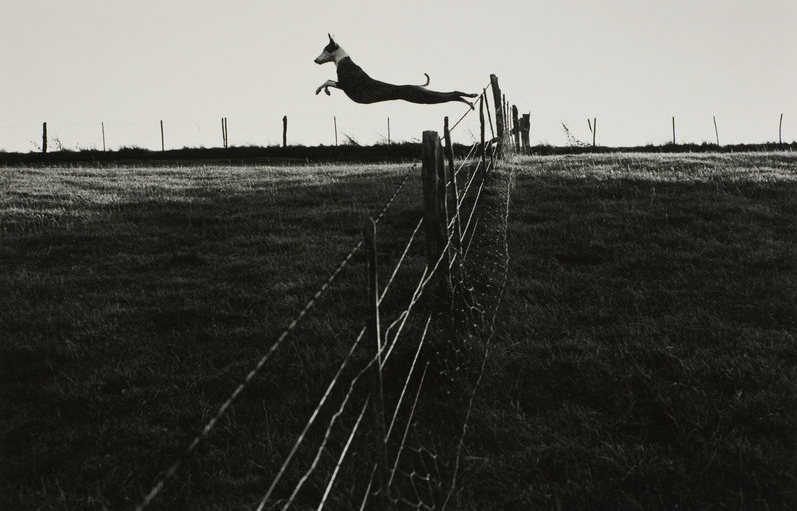 And what was this important story? It started after I adopted a lurcher from Ireland for my son. For those who do not know, lurchers are a special kind of cross breed—a greyhound mixed with another kind of dog—popular for hunting in the British Isles and Ireland, but unknown where I live, just outside New York City. I was curious about the women who were responsible for saving my dog, who had been left in terrible condition on the side of the road.

From there I discovered the story of the greyhound adoption movement, started by a network of women first in Britain, then in the US, Ireland, Germany and Australia. For decades untold numbers of greyhounds disappeared when their racing lives were done. This movement has since spread across the world, and as I got deeper into the story and spent more time with animal people—which came to include farm animal rescuers and wildlife protectors—I wanted my book to be about the relationship between humans and all animals. I was continually asking myself why humans—myself included—do not see animals.

The photographer who made this lurcher seen is Fay Godwin (1931-2005), known for her black and white images of the British landscape. She got her start taking pictures of her children in the 1960s. When her husband left her, she needed a job. Rather than become a secretary in an office, she went out, got herself a Leica camera, and got to work supplying photos for books and taking portraits. Godwin published this photo in 1973, when she was still unknown. It was one of many photos she supplied to illustrate Rebecca the Lurcher, a book authored by an English sportsman about his spirited hunting dog.

Not long after this, Godwin began getting wide recognition. She eventually published more than 20 books working alone or in collaboration, and her photographs were shown in many galleries. Her greatest landscape photos are black and white, lyrical and dramatic. They capture a huge sense of space, loneliness, and often a spiritual quality of light.

In Leaping Lurcher, my eyes always draw to the dog’s feet, just barely clearing the fence. Over the years, I marveled at the lines of tail and paws, the straight neck and forward-looking head. And yes, the sense of vastness surrounding the dog. Godwin’s image reconnected me to my original sense of awe and mystery for all the things that animals can do that humans cannot. I could see the triumph for the dog and the artist all at once. I wondered how she managed to do so much in a single shot.

I’ve read that Godwin photographed the same material over and over trying to get it just right, and so I wonder if she somehow got the dog to run back and forth over that fence all day long until she took this shot, or if it was simply her brilliance (combined with luck) that she was able to capture this lurcher in a fleeting second in full animal power and beauty. I envied her and wondered whether somewhere within my 80,000-word book I could do something similar.

This lurcher reminded me again and again that animals need and deserve to be from the suffering we inflict on them, and freedom to be who they are. Of course the photo spoke to my own desire for freedom, too. I wanted to be set free of depression.

When we write, we do not construct metaphors to suit our purposes. Rather, we hope they reveal themselves to us over time simply because they exist. In her leaping lurcher, Godwin revealed not only the vastness, but also a certain beautiful unknowability of animals and the natural world. And in this way, she helped me find again my own sense of wonder and why I became a writer in the first place. The Leaping Lurcher—along with a lot of help from family and friends—gave me the energy I needed to continue the marathon. It is still a mystery to me how exactly these things work. But I know that my book came to exist in the air and space under that animals legs and in the sky above her back. And it is in this land and sky and light of Godwin’s Britain—a country I’ve never been to—that somehow she set me free.

Laura Schenone is the author of the James Beard Award–winning A Thousand Years Over a Hot Stove and The Lost Ravioli Recipes of Hoboken. She lives in New Jersey with her family and dog Lily. 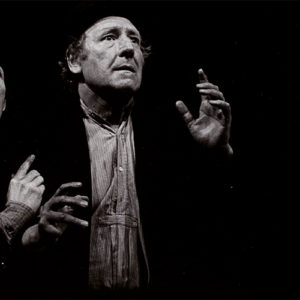