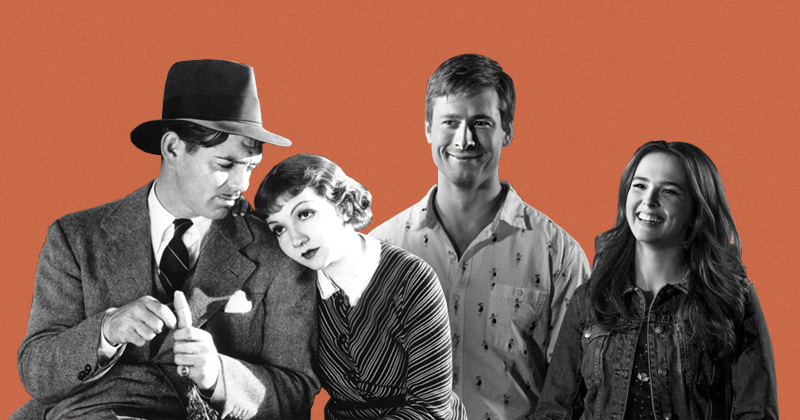 The Philosophy of Romantic Comedy

From His Girl Friday to Set it Up, Rom-Com is a Language We All Speak

Last week, the philosopher Stanley Cavell died. His contributions to human thought are vast and rich; his subjects range from the intricacies of human language to the nature of skill. But one of Cavell’s best-known books is also, at least at first glance, his most frivolous: Pursuits of Happiness. In this book, originally published in 1981, Cavell claims that what he calls “comedies of remarriage”—Hollywood comedies from the 1930s and 40s that share a set of genre conventions (borderline farcical cons, absent mothers, weaponized erotic dialogue), actors (Cary Grant, Clark Gable, Katharine Hepburn, Barbara Stanwyck), and settings (Connecticut)—are the inheritors of the tradition of Shakespearean comedy and romance, and that they constitute a philosophically significant body of work.

What is there to learn from It Happened One Night, His Girl Friday, or The Lady Eve? In Cavell’s telling, almost everything. He describes the central theme of the genre as “the creation of the woman with and by means of a man.” If that sounds a bit retrograde—well, it is, a bit. But the “creation of the human,” as Cavell articulates it, is not as heavily gendered as it sounds; or at least, it doesn’t need to be. Instead, he presents these movies as being about two people creating

each other, about the process of self-discovery and self-knowledge that comes with developing, committing, and recommitting to a relationship with another person who isn’t you. At one point, he describes the comedy of remarriage as a “comedy of equality.”

Pursuits of Happiness is an attempt to do philosophy via film criticism, to think through the connection between language and ethics, the relationship between conventions and awareness and treating others well, to understand what love meant to others and what it can mean to us by watching closely. As Cavell puts it, we can, “by a combination of self-knowledge, luck and grace, get ourselves right and be true to those we love.” Of course, this is a pretty tall order for anyone living under more difficult conditions—he readily acknowledges that these films, of necessity, all concern ridiculously wealthy characters who are comfortable enough in the first place to begin wondering out-loud about the nature of happiness. It’s pretty bold to claim that a series of Hollywood studio comedies potentially holds the key to human fulfillment, but the texture of Cavell’s readings has a firm foundation that largely comes from thinking, at length, about the main thing that happens in romantic comedies: talking.

“What is there to learn from It Happened One Night, His Girl Friday, or The Lady Eve? In Cavell’s telling, almost everything.”

Cavell’s introduction to Pursuits of Happiness is titled “Words For a Conversation.” The phrase refers in part to the conversations that make up the heavy banter of the romantic comedy, but also how Cavell approaches his subject—in conversation with the reader, with other critics, and with the films themselves. “In those films,” Cavell writes, “talking together is fully and plainly being together, a mode of association, a form of life, and I would like to say that in these films the central pair are learning to speak the same language.” Learning to speak the same language is crucial, of course, but so is knowing what language it is you’re trying to learn. In the new Netflix romantic comedy

Set it Up—which many critics have tentatively credited with reinvigorating or potentially reviving the genre—that language of love is eating pizza.

In the film, two overworked assistants played by Glen Powell and Zoey Deutch decide to trick their hardass bosses (Taye Diggs and Lucy Liu) into falling for each other to give themselves more free time—only to develop feelings for each other in the process. It’s ridiculous and corny, but also very sweet and self-aware. Set It Up knows the rules of the game, and it features all of the classic rom-com tropes you crave—a slapstick bit involving a destroyed printer, a race to the airport, a takeout food-based meet-cute. Set it Up also includes many of the hallmarks of remarriage comedies: Cavell claims that the woman in comedies of remarriage is often a stand-in for the director, effectively working the “mug” and easily suckered man; Deutch’s character Harper proposes the Cyrano scheme in the first place and is the orchestrator of its biggest successes. She is also an aspiring sportswriter; Cavell frequently remarks upon the centrality of journalists to comedies of remarriage in It Happened One Night, The Philadelphia Story, and His Girl Friday.

One of the most interesting things about Set It Up as a cultural phenomenon is that the substance of criticism the film has faced is almost identical to the substance of its praise: The movie is deeply formulaic, doing its best to check off every rom-com convention in a way that feels almost uncanny, or maybe even algorithmically generated. As

Vanity Fair television critic Sonia Saraiya put it, the movie is “on brand.” (Emphasis hers.) It’s hard to know exactly how Cavell might feel about Set It Up, but the number of recognizable tropes it contains—even if it doesn’t necessarily make for the most exciting viewing experience—does create a kind of shared language, making it easier for the film to establish, communicate, and interrogate some of our values and social commitments, like in Deutch and Liu’s conversations about work and their expectations for themselves. This is an aspect of culture that’s probably worth at least partially accepting, hacky monetization and all.

And Saraiya eventually compares Netflix’s output to classic Hollywood studio hackery, which produced Cavell’s comedies of remarriage in the first place. In fact, the genre was largely created as a way to get around the Production Code that prohibited (in part) the depiction of adultery. Working around external constraints also characterizes the new home of the romantic comedy—television, where shows like You’re the Worst, New Girl, and Jane the Virgin carry on the genre’s legacy with highly verbal, slightly stylized couples. (Notably, in all three of these shows, at least one character in the central couple is a writer.) Television frequently operates in closeup, where it can simply focus on two people talking, rather than the digital pyrotechnics of modern blockbuster filmmaking. To use Cavell’s words, these shows are the new inheritors of the Shakespearean legacy handed down to remarriage comedies. And serialized storytelling gives television an opportunity to do more than symbolize or gesture toward the elements a filmed remarriage comedy might omit; in all three of these series, the central couple breaks up, then finds their way back to each other.

“The number of recognizable tropes Set it Up contains creates a kind of shared language, making it easier for the film to establish, communicate, and interrogate some of our values and social commitments.”

But the success of Set It Up, rom-com television shows, and theatrical releases adjacent to the genre like Book Club and Girls Trip, suggests that people still want some of the things they used to get from studio romantic comedies. Set It Up ends with the promise of Diggs’ character reuniting with his ex-wife, who he has secretly been pining after this whole time. In his last scene in the movie, Powell gives him an only somewhat-creepy file of personal information on her—similar to the ones the assistants used to plan the initial setup—beginning the cycle anew. Though Set It Up isn’t itself a remarriage comedy, it’s not hard to imagine that a sequel might be. (The most popular remarriage work in pop culture at the moment is almost certainly Everything is Love, an is album jointly credited to The Carters that literally features Beyoncé and Jay-Z in conversation, culminating with Beyoncé’s assertion that the pair is, once again, happy in love: “You fucked up the first stone, we had to get remarried.”)

Still, Set It Up gives us a breezy look at what Cavell sees as worthwhile in the genre. When Cavell writes of Bringing Up Baby that “it takes the entire course of the film for the man to come to the essential insight about himself that he was throughout having fun,” he could well be describing Powell’s character Charlie realize that he doesn’t want to be a well-paid suit with an uncomfortably hot younger girlfriend, he wants to eat pizza with Harper and talk about nothing, or everything.

The moments of chemistry between the stars of Set It Up are enough, at least, to remember the appeal of the romantic comedy, and to remind us what pleasure and insight we’ve gotten from them in the past—in particular the pizza scene, where Powell and Deutch simply sit together and enjoy each other’s company. It’s the kind of scene that Cavell might describe as teaching him how to think about the film: “The way to overcome theory correctly, philosophically, is to let the object or the work of your interest teach you how to consider it.” This is precisely what Cavell does throughout Pursuits of Happiness; he allows the films themselves to lead him to the bigger philosophical questions that help give these pieces of culture broader meaning. It’s why Cavell’s work truly feels like philosophy of film, rather than a gimmicky

This attention to detail, to learning from the other person and letting them teach you, is also an approach the romantic comedy mobilizes itself—one of the many tropes of the genre Set It Up gleefully serves up to its audience is the “and yet” conversation, where the two main characters list all of the things they hate about each other, the things that are irrelevant in the face of their feelings. Love, here, is about learning to appreciate and care for a specific person, warts and all. If that is possible, these films suggest, then anything is.

At the crux of Cavell’s reading of It Happened One Night is his description of the central couple, that “what this pair does together is less important than the fact that they do whatever it is together, that they know how to spend time together, even that they would rather waste time together than do anything else—except that no time they are together could be wasted.” The conversation may be empty in some sense, but not for them—or for us. 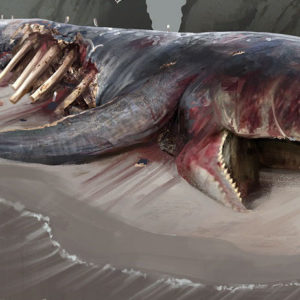 I think a lot about how whales die. That might sound like the ranting of a whale bone chaser gone full Ahab, but my preoccupation...
© LitHub
Back to top