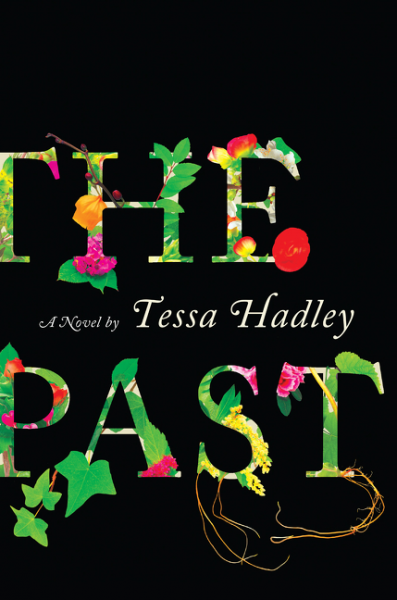 The following is from Tessa Hadley's novel, The Past. Hadley is the author of five highly praised novels: Accidents in the Home, which was longlisted for The Guardian First Book Award; Everything Will Be All Right; The Master Bedroom; The London Train, which was a New York Times Notable Book; and Clever Girl. She is also the author of two short story collections, Sunstroke and Married Love, which were New York Times Notable Books as well.

The rusty padlock held, but pointlessly, because the hasp was entirely loose from the door frame; the door stood slightly ajar, and when they tugged at it opened wide enough to let them squeeze through. Inside, the children were aware at once that the cottage smelled awful – not innocently of leaf-rot and minerals like outside, but of something held furtively close, ripening in secret. There was only one room downstairs, which must have been the kitchen and living room combined; once-cream-painted cupboards were built-in on either side of the chimney breast, and a tiled 1930s hearth, its grate stuffed high with dead leaves and feathers fallen down the chimney, still showed traces of red polish. The room was empty except that, theatrically, a cheap wooden kitchen chair lay on its side on the floorboards, as if to make them think that someone had just left in a hurry–although it was obvious that the house had been abandoned for a long time. All its surfaces had lost their shine and were sinking back into the same dun earthcolour, beginning not to look man-made.

Ivy accepted at first that the house had no staircase: its inhabitants must have gone to bed miraculously, through the upper windows. Then Arthur found stairs behind a little door; he felt for her hand as she led the way up. The smell was worse in the two tiny bedrooms. The wallpaper in the first room might have been pink, once; baskets of fruit were looped along diagonal festoons of roses. This room too was empty, apart from a decomposing heap of magazines in one corner away from the window. Their paper had lost its shine and some of them were left open as if a reader had been interrupted, leafing through them. In angry haste, Ivy scanned and repudiated page after page of bloated flaunting bosoms and fat nipples, upside-down perspectives from peeled, parted, meaty thighs. The drooping texture of the pages was disgusting; some of them were glued together with damp, returning to pulp.

— Come on, said Arthur, not interested, tugging at her hand.

The door to the last room was closed and it was half-dark in there because rags of left-behind curtain were drawn across the window. A few fat flies knocked around sluggishly, buzzing against the glass. As the children’s eyes adjusted they made out some large dark mess on the floor, something shrivelled and staining which was the centre of the bad smell. Arthur recognised it first.

Mitzi was Kington’s loping, lolloping red setter, belonging to the Pattens who owned the barn conversion opposite the church. The children hadn’t missed her because she wasn’t always in the village when they were; like theirs, the barn was a holiday home. Ivy saw that Arthur was right: crisp curls of Mitzi’s russet hair were stuck to the blackened leathery thing in places, and it had approximately Mitzi’s outline. Spikes of white bone stood up in a row out of the collapsed flat bag of the rest.

— Don’t be stupid, she said derisively. — How can it be Mitzi?

Do you think anyone would just leave her here?

You could definitely make out one of those velvety, floppy ears, more intact than the rest of her. Arthur went closer and half-crouched with his hands on his knees, examining forensically, wrinkling up his nose for the smell. — Why is she like this?

Arthur’s being there with her made her hot, in the presence of that thing: if she’d been alone she could have stared more greedily, without any need for concealment. Partly she was distracting him as an older sister should, saving him from certainty. Mitzi and the rude pictures swam together in her embarrassment: not knowing she was doing it, she began to think that those women were dead.

Arthur had been calm in the presence of the horror, but once or twice he looked back sharply nonetheless as they came down the poky stairs; they hurried, and burst out in a muddle through the door at the bottom.

— Don’t dare say anything to Kasim. Because he’d be furious.

He nodded obediently, trusting her.

As they squeezed out through their gap into the day again – and Ivy restored the padlock carefully to its locked-seeming position – Kasim lifted his head, blinking, from among the flowers where he really had fallen asleep. To Ivy and Arthur, their usual roles as adults and children seemed reversed for a disconcerting moment, because they had seen what he hadn’t: he belonged outside to the innocent sunshine. It occurred to Kasim, too late, that perhaps he shouldn’t have let them go inside without checking first that the cottage was safe. But here they were again, unscathed, so it didn’t matter. He yawned and announced he was starving. Ivy unpacked their picnic, laying out biscuits, apples, crisps.

— We have to make Arthur eat an apple, she insisted firmly.

She was nonchalant. — Empty.

Arthur watched everything his sister did; the liquid blue eyes seemed huge in his small, fine face and he looked as if he was courageously suffering. Ivy had to remind herself that he always looked like this, even when he was only thinking about his dinner, or money – he was surprisingly mercenary for his age. As usual, he took a biscuit from the packet when Ivy did, bit into it when she did, took a mouthful of water from their bottle after her, except that as usual he hadn’t emptied his mouth properly first – she protested at the bits swimming in the water when he’d finished. Chattering with exaggerated gaiety, Ivy felt the burden of her responsibility for what they’d seen. Everything was changed by it, she thought. They couldn’t ever not have seen it, now. It stayed like a blot in the corner of her vision and darkness leaked from it. She could forget it all right when she was looking forwards, but if she turned too quickly, or forgot to be cautious, then it jolted her all over again with its dirty news, its inadmissible truth.

While Roland and Pilar went to look around the village, Alice lay reading on the window seat upstairs. She’d picked up this book about a doll’s house from the shelf in her room quite casually and fondly, remembering how she had liked it in her childhood, not at all expecting to be ambushed with overwhelming emotion. Every so often she looked up from the page and stared around her as if she hardly knew where she was – but she was at Kington, which was the beloved scene of her past anyway. So her glance through the panes of the old glass in the arched window, to the yellowing rough grass in the garden and the alders which grew along the stream, didn’t restore any equilibrium. It wasn’t only the recollection attached to the words she was reading – a memory of other readings – which moved her. The story itself, in its own words, tapped into deep reservoirs of feeling. The writer’s touch was very sure and true, unsentimental – one of the doll’shouse dolls died, burned up in a fire. The book seemed to open up for Alice a wholesome and simplifying way of seeing things which she had long ago lost or forgotten, and hadn’t hoped to find again.

Vaguely she was aware of Molly playing something melancholy on her guitar in her room – the same little sad, tentative thing over and over, always breaking down at the same place. Eventually the music faltered altogether. Molly was standing beside Alice’s window seat, staring down at her anxiously.

— Aunt Alice, are you all right?

Alice smiled up at her through her tears. — I’m reading something I used to read when I was a girl. This story makes me so happy. It’s brought back so many things.

Molly was embarrassed by her aunt’s excess of emotion. Guiltily, she mentioned to Harriet later that Alice had been reading old books and getting upset. Harriet only said that Alice got upset very easily. How like Alice, Harriet scolded in her thoughts, to make a parade out of her private feelings for everyone’s consumption, bewildering the children.

From THE PAST. Used with permission of Harper, an imprint of HarperCollins Publishers. Copyright © 2016 by Tessa Hadley.

The Life and Times of the Great Rafael Chirbes

Christopher Buckley on Faith, Relics, and the Republican Party 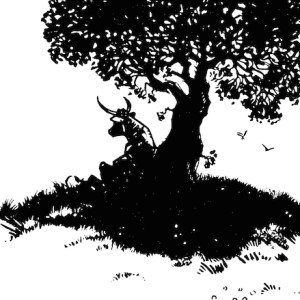 The Life and Times of the Great Rafael Chirbes The following essay by Valerie Miles appears as the afterword to On the Edge, available January 25th from New Directions...
© LitHub
Back to top