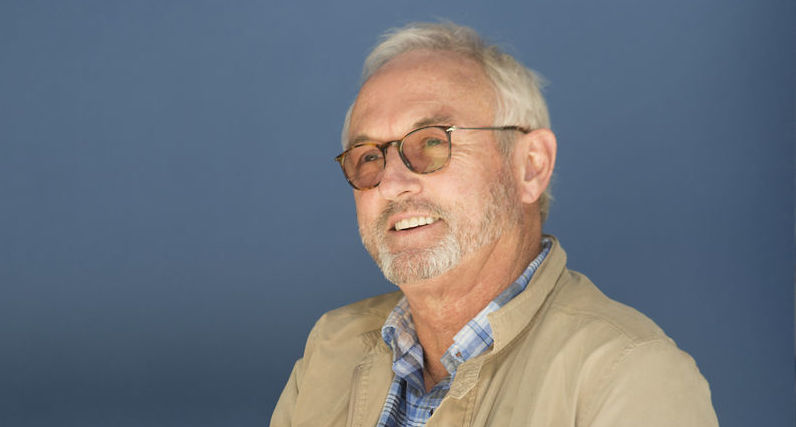 Christopher Buckley on Faith, Relics, and the Republican Party

In Conversation with the Author of The Relic Master

In November 2015, I was delighted to be assigned a review of The Relic Master: A Novel by Christopher Buckley for The Washington Post Book World. I wrote it and turned it in, and then my editor here asked if I might interview Buckley—so my first move was to make sure that it was all right to do that, and when. As long as I did not contact Buckley before my review ran, I was just fine, said Ron Charles. I held out for a decent 48 hours before running to my phone.

This is the trouble with writing about and interviewing authors whose work you like/love/admire; you’re in grave danger of bias if you connect with them before reviewing their work, and you’re in grave danger of sounding like a blithering fangirl if you connect with them at all. Because this is a text Q&A that I’ve edited for length and clarity, you can’t hear my overeager tone or my overlong lead-ins as the conversation progresses. Lucky you! Poor Christopher Buckley.

A few things I’ll make clear for you, then: The Relic Master is a real departure for Buckley in terms of subject matter, a comic novel about the Reformation and its discontents that stars a Swiss relics peddler named Dismas; his great friend and famous painter Albrecht Dürer; three German mercenaries named Cunrat, Nutker, and Unks; a feisty, brilliant redhead named Magda—and her great friend and famous doctor, Paracelsus.

As I said in my review, however, it’s not a departure in terms of style. Buckley’s erudition and wit remain in fine form, and if he’s not laughing directly at beltway bandits in this book as he did in Thank You for Not Smoking and Boomsday, he’s still aiming barbs at the powerful.

Bethanne Patrick: Are you a satirist?

Christopher Buckley: My satirical stuff has been criticized for not being mean enough. An example: When Mordecai Richler reviewed “Thank You for Not Smoking,” he didn’t mention comedy until about paragraph seven, and then said my my barbs weren’t “mean enough.”

I started to entertain mean thoughts about Richler.

But when I hear that, it makes me think of an interview with John Cleese and Michael Palin of Monty Python. They basically said that they had pretty comfortable middle-class childhoods and didn’t grow up to be rock-throwers, but they and their group did grow up skeptical in a mostly bemused way.

I felt sort of a kindred-spirit thing. I grew up in very comfortable circumstances. Maybe that’s why my satire pulls punches, doesn’t seek to burn the house down—instead, it makes fun of the color scheme.

CB: Oh, the bliss of being able to tell a story about one’s self! I was on a panel in LA [once] with Wendy Wasserstein, Steve Martin, and Bruce McCall; it was moderated by Harry Shearer. Someone asked Wasserstein “When are you going to try something serious?” This look of shock and disdain came over her face: “You think this is easy? You try it!”

Satire and comedy sort of still sit at the children’s table of literature, but to quote Calvin Trillin, comedy is another way of being serious. When you think of the great satire that has survived, from Cervantes to Swift to Tom Wolfe… I hasten to say I am not putting myself in the company of these authors!

BP: People may not realize this, but your strongest characters are often women. In The Relic Master, things really get moving when Magda appears on the scene.

CB: Thank you for fastening on Magda. As my beloved wife Katie read draft after draft, (that’s fidelity for you) she kept saying “More Magda!” I don’t think I’ve ever really written a credible sex scene, but Katie said “I want snogging!” My editor Trish Todd’s main comment was also “More Magda!” Then my friend Anne Fadiman read a draft and asked, “Are Dismas and Magda now having sex?” Anne! Shame on you for asking! Because I don’t even know to answer that question. Dismas just wants a warm lap to rest his head on. Ronald Reagan, in whose administration I labored, used to say the sexiest scene in any movie is when a newly married couple goes into their hotel room and puts the “Do Not Disturb” sign on the doorknob. I sort of get that.

BP: How did you ever fix on the idea to write about religious relics?

CB: It was a complete accident, as indeed most things in life are. I was researching one of those silly back-of-the-book magazine pieces that I write, and this one happened to be on the media’s infatuation with lists and “listicles.” In the course of my searching I saw something about “19,013—The number of holy relics owned by Frederick of Saxony.” In my scholarly way I thought “What up with that?”

Frederick is one of the great unsung heroes of history, and here’s why. We are coming up, in 2017, on the 500th anniversary of Martin Luther’s great protest. Frederick protected Luther, despite the fact that he, Frederick, remained devoutly Roman Catholic. Today, only one of those nearly 20,000 relics still exists, and it doesn’t even have any holy associations. It’s just a simple glass beaker that was given to Luther by Frederick’s grandson.

BP: You had to solve a problem in order to solve this book’s mystery, too.

CB: One of my favorite moments in the book comes when Dismas, Dürer, and their tiny band of German mercenaries are in Chambéry, France, and they see two booths selling relics, right next to each other, and both are offering the “entire” crown of thorns. I knew that I had to find a holy relic that would be really difficult to steal, and then figure out a way that my characters could steal it.

We’ve all seen the caper movie. I didn’t want to do something like that; it’s too predictable. I spent weeks just sort of staring at a blank piece of paper! People underestimate how important that is to the writing process, by the way.

Then I remembered something Richard Lester said about how he made films: “I start with the props and work up from there.” When I realized Magda had a connection to Paracelsus, about whom I hardly knew anything, things began to fall into place. Then I stumbled onto the idea of a tableau vivant…

BP: Speaking of tableaux vivants, did you see this week’s Republican debate?

CB: I’d call that more of a tableau fou! While there aren’t any precise parallels between the early 16th century in Europe and this election nearly 500 years later, I do feel that if Mr. Trump becomes the nominee of the Republican party it will be the end of the Republican party. I make no claims, by the way, to clairvoyance or prognostication. You know, maybe there is a parallel. If the world of The Relic Master can be seen as one world ending and another beginning, then that is what’s happening now, too. Something tectonic is happening as poor George H.W. Bush stares incredulously at what’s going on as his son Jeb blathers.

BP: Quick, answer from your gut: Are you a Republican, or a Democrat?

CB: I think we still cling in tribal ways to those affiliations. Do I wake up in the morning and ask myself “still Republican?” No. However, I will say that I now only write about politics for The Spectator, which is a British magazine, because it is a relief that no one in England recognizes my name. I don’t retract anything I’ve ever said, but after that 2008 Obama “endorsement” I made I realized I was mistaken in thinking my own views would be taken as anything other than a proxy for my Dad’s views.

BP: But enough about politicians. Back to you. Did you consciously set out to write something completely different?

CB: I was subconsciously looking for something else, another genre, another broader theme. It has not escaped my notice that only 11 percent of readers pick up books about politics, and that most American readers who buy books are women. It’s not that my books are “guy” books; far from it. It’s just that anyone, man or woman, who wanted to read about politics was a subset of a subset.

BP: Does that mean The Relic Master Part Deux is in the works?

CB: [Laughs] I’ve been noodling something. I didn’t tell anyone when I was writing The Relic Master, even my editor, even my wife. I thought it would be a blast of cold air over a tender seedling. My next book should be announced in February.

BP: Is there a question you wish someone would ask you?

CB: The question I wish people would ask me is “How do I order your books in bulk?” I do try to remember something Philip Roth said, about being comforted by each individual sale because it’s like readers coming through your living room. I cherish every one of mine, even if they don’t abound in such exponential numbers as his.

BP: Will you ever write another memoir?

CB: No, I think… No. Losing Mum and Pup was not a planned book, and while books don’t tend to pour out of me, that one did. I didn’t take a single note for it. It was a true narrative, a narrative of love and loss.

BP: Speaking of your memoir, you grew up mightily Catholic. What was it like for you to write about a world predicated on religious faith, after all these years out of Catholic school?

CB: Today the Roman Catholic Church is almost topsy-turvy from the Church I was raised in. But really, so is most of Christianity. When my friend Christopher Hitchens wrote God Is Not Great, believe it or not, he got a lot of calls from church ministers in the American South who were avid to have him come down and talk to their congregations. He was stunned but agreeable, and to his surprise the audiences were utterly respectful and intrigued. I think they recognized that this was a great mind and they wanted to explore it. That’s the way I think about what we once called “the faith,” now. I’m a fallen Christian, but I have an open mind and an open heart. 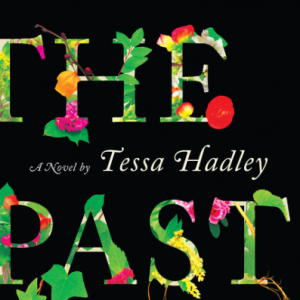 The rusty padlock held, but pointlessly, because the hasp was entirely loose from the door frame; the door stood slightly...
© LitHub
Back to top