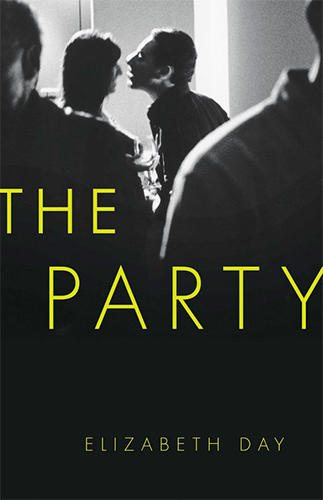 The following is from Elizabeth Day’s novel, The Party. The Party is a story of obsession and betrayal set over the course of a dinner party that upends the lives of two London couples. Elizabeth Day grew up in Northern Ireland. She is an award-winning journalist and has written extensively for The Telegraph, The Times, the Guardian, the Observer, Vogue, Elle and the Evening Standard.

The interview room is small and square. A table, three plastic chairs, a high frosted window, the glass grimy with dust, strip lighting; our faces cast in dingy yellow shadow.

Two cups of tea: one for the female police oﬃcer, one for me. White with two sugars. Too much milk, but I’m not in a position to complain. The rim of my cup is patterned with indentations where, a few minutes previously, I bit into the polystyrene.

The walls are oﬀ-white. They remind me of the squash courts at the RAC on Pall Mall where, just a few days ago, I demolished an opponent who was several positions ahead of me in the club rankings. He was a banker. Florid face. Baggy shorts. Surprisingly lean thigh muscles. I dispatched him fairly swiftly: serve, slice, smash. The rubber thwack of the ball as it pinged into concrete, a dark green full stop at the end of each rally. Grunting. Swearing. Eventual defeat. Aggression contained within four walls.

The police station has a similar feel: a sort of bristling masculinity even though only one of the two oﬃcers interviewing me is male. The woman has clearly been designated ‘good cop.’ It was she who oﬀered me the tea, said it would be beneﬁcial. She also suggested two sugars.

‘You know,’ she added, meeting my gaze, ‘after the shock.’

It’s true, I hadn’t expected the police to turn up on my doorstep this morning. It’s only the second time in my 39 years that I have found myself interviewed by the authorities. On both occasions, it has been because of Ben. Which is odd, really, given that he’s my best friend. You’d expect best friends to take better care of each other.

The female police oﬃcer is short with rounded shoulders and a pleasant, freckled face. Her hair has been dyed that indeterminate colour inexplicably beloved of middle-aged women, which is neither brown nor blonde but somewhere in between. A kind of beige. Brittle at the ends.

Her colleague is tall. One of those men whose height is his deﬁning feature. He stooped when he walked through the door, holding a sheaf of papers in hands the colour of supermarket ham. Grey suit with a white mark on the lapel. Toothpaste, perhaps. Or the left-behind smear of a baby’s breakfast. He is, I’d guess, in his early thirties.

The two of them sit across the table from me, backs to the door. The chairs have moulded seats with letterbox apertures in the back. We used to stack these chairs for school assemblies and end-of-term concerts at Burtonbury. A lifetime ago, and yet no time at all. Sometimes it seems as close as the next minute. Pencil shavings and plimsoll rubber, the scuﬀed mark of a trainer against the classroom skirting board. Dormitories with sagging beds. The creak of a spring as a boy shifted in his sleep. That constant feeling of unease. That was before I met Ben, of course. Before he saved me from myself. We’ve been saving each other ever since.

On the table, to one side, is a large tape-recording machine. Too big, really. I ﬁnd myself wondering why it has to be so big. Or why, indeed, the police still insist on using cassette tapes in this digitised era of sound-clouds and podcasts and iTunes.

I’ve declined a lawyer. Partly because I don’t want to fork out the necessary funds for a good one and I know, given the circumstances, Ben won’t pay and I refuse to get stuck with some snivel-nosed legal aid type who can’t distinguish his arse from his elbow. I don’t think Lucy’s parents will stump up either. After everything that’s happened, I suspect my in-laws might also be disinclined to help.

‘Right then,’ says the woman, hands clasped in front of her. Short nails, varnished with clear polish. A tiny ink stain on the ﬂeshy part between thumb and index ﬁnger. ‘Shall we get started?’

Beige Hair presses a button on the giant recording machine. There is a long, loud bleep.

‘This interview is being tape-recorded at Tipworth Police Station, Eden Street, Tipworth. The date is 26 May 2015. The time is 2.20 p.m. I am Detective Constable Nicky Bridge.’

She glances at her colleague, who then identiﬁes himself for the tape.

‘I am Detective Constable Kevin McPherson.’

‘Mr Gilmour,’ she says, looking at me, ‘would you introduce yourself with your full name and date of birth please?’

‘Is it OK to call you Martin?’

She clears her throat. ‘You’ve been oﬀered the services of a duty lawyer and declined—is that right, Martin?’

There is a pause. Grey Suit shuﬄes his papers. His head is lowered. He does not look at me. I ﬁnd this curiously disconcerting, the notion of not being worth his attention.

‘So, Martin,’ Beige Hair says. ‘Let’s begin at the beginning. Talk us through the events of the evening of 2 May. The party. You arrived before the other guests, is that right?’

And then I start to tell them.

It begins with a door that wouldn’t open at the Tipworth Premier Inn.

‘I don’t know why they couldn’t have put us up in the house,’ Lucy said, slipping the plastic card key into place. ‘Not like they don’t have enough rooms.’

The light beneath the door handle ﬂashed obstinately red. Lucy tried again, impatiently shoving the key into the slot and taking it out too quickly. I could see her getting annoyed but trying not to show it—that tell-tale ﬂush across the back of her neck; the square set of her shoulders; a triangle of concentrated tongue just visible between her lips. I watched as she made several more clumsy attempts, my irritation rising. Who was it who said the deﬁnition of madness was doing the same thing over and over again, but expecting diﬀerent results? Aristotle? Rousseau?

I took the plastic card, still sweaty from her ﬁngers, and slid it into place, leaving it for a few seconds before smoothly removing it. The light went green. The door clicked open.

‘That’s exactly what I was doing,’ Lucy protested.

I smiled, patting her on the arm. There was a minute retraction in her pupils. Almost imperceptible.

‘Here we are, then,’ she said, too brightly.

We rolled our suitcases into the standard suite. Calling it a suite was optimistic. The ﬂoor space was almost entirely swallowed by twin beds. A reproduction of a bad watercolour depicting ladies on a beach hung skewed above the headboards. By the television, there was an electric kettle and a jam jar ﬁlled with teabags. Plastic packets of UHT creamer lay scattered around its base, as though some invisible milky tide had swept up and left them there like pebbles on a seashore.

Lucy immediately unwound the cable and took the kettle to the bathroom to ﬁll it from the basin tap. It is the ﬁrst thing she does on arriving anywhere. When we travel abroad, she will take a foil packet of English teabags with her.

I sat on the edge of the bed, feeling the friction of man-made ﬁbres against my chinos, and slipped oﬀ my loafers. I checked my watch: 5.37 p.m. Ben wanted us at the house by 7 p.m. for pre-party drinks, so we had a little over an hour. I eased myself back onto the pillows and closed my eyes, hearing Lucy bustling around as she put on the kettle and unzipped her case, unfolding the swishy evening dress she had brought to wear and hanging it in the bathroom where, soon, I knew she would draw a hot bath in the hope that the creasing would magically erase itself in the steam.

These are the things you learn over the course of a marriage: other people’s habits. Those incrementally acquired ways of being: a gradual evolution from attractive quirk to something pointless, stupid, illogical, obsessive and ﬁnally maddening. It takes someone else to pick up on them, to be driven to the edge of sanity by their repeated appearance.

‘I mean, how many rooms do you think they have in their new mansion exactly?’

I ignored the question for a few seconds, hoping to fool her into thinking I was asleep.

‘I know you’re awake, Martin. I can tell. Your eyelids are ﬂickering.’

‘Well I bet it’s plenty. And you’re his oldest friend, after all.’

The kettle boiled, sending a bloom of condensation halfway up the mirror.

‘Has something happened between you two?’

This was not strictly true but, at that stage, I didn’t feel she needed to know the particulars. It would have involved too much explanation and, to be honest, I didn’t have the energy. There were things my wife—my pliant, adoring little wife—would never understand about the bond between two men.

From THE PARTY. Used with permission of Little, Brown and Company. Copyright 2017 by Elizabeth Day. 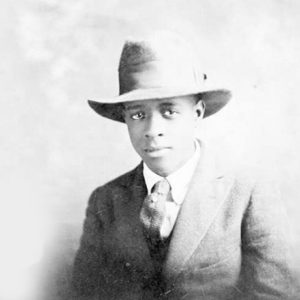 Lit Hub Daily: August 16, 2017 White supremacy is as American as apple pie: George Hawley on the uncomfortable reality behind this country’s...
© LitHub
Back to top