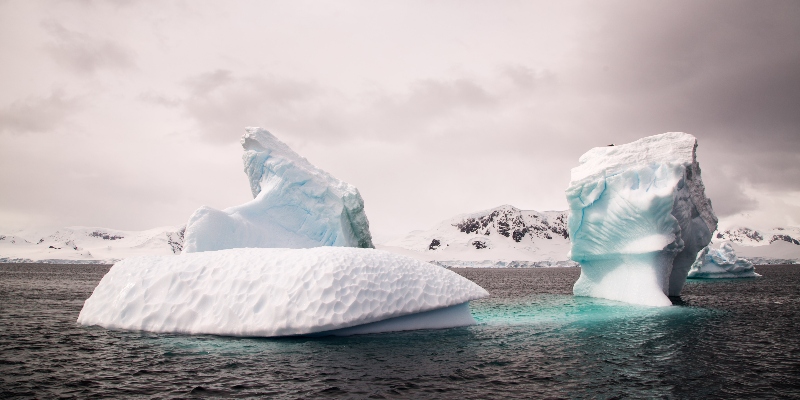 Rebecca Priestley talks about her journeys to Antarctica and the process of bringing them to life in her writing. An associate professor at Victoria University of Wellington in New Zealand, Priestly is the author of Fifteen Million Years in Antarctica, which was recently longlisted for the Ockham New Zealand Book Awards.

Michael Robinson: Like you, I’ve done a lot of reading on the polar regions, and I was really fascinated with the way you talk about your own experience in Antarctica. I was realizing as I read it that it was so striking to me because I don’t think I’ve read this way of writing about Antarctica before. So much of the writing about Antarctica and the Arctic regions historically has been to talk about how sublime these landscapes are or to talk about experiences of heroism or of tragedy. And here you’re talking about how freaked out you are. I guess my question is, why did you decide to write this way and how have people experienced it—the feedback you’ve gotten on this type of writing?

Rebecca Priestley: I was just being honest. I mean, I was not on any sort of heroic mission. And as for the sublime, in a way, it’s so hard to write about Antarctica, to write something that someone hasn’t written before. I guess I was a wee bit nervous about how some people might respond to it, but when I spoke to the scientists who I was spending time with—who were all men and geologists who’d been to Antarctica multiple times—and I talked about some of my anxieties and then read some of my stuff, they all related to it and they all understood that feeling when the helicopter leaves and you’re on your own. In a way, it’s wonderful. But there’s also this uneasiness. And people told me it takes a day or two before you get over that and just get into the work and focus on the work. I’ve got children, and most of the people who I was with had children, and it’s hard to be away from your family in such an isolated environment. So I guess I was articulating what a lot of people feel to some small degree, and I probably felt it in a stronger and more vocal way than they did. But they related to it as well.

Michael Robinson: I’ve had this experience in some of my travels where I feel that—you know, I’m a historian of exploration, so when I go to these places, I should be fully in the moment trying to experience it as much as I possibly can, paradoxically so I can write about it when I’m back home. And so what’s happening in my brain a lot of times is there’s almost like this ticker tape. It’s like one of these scrolling things you see at the bottom of new shows, where I’m having the experience and simultaneously thinking about how I’m going to write about it. What a strange experience that was. I was laughing when you wrote about visiting Shackleton’s hut, where there’s a visitor’s book, and there are all these effusive adjectives that are being talked about in describing the hut and Antarctica, and the only thing you can come up with is “wow.” Can you talk about the experience of trying to write about a place like Antarctica?

Rebecca Priestley: You’ve summed it up really well, because I was just wanting to be there and experience this place and fully engage my senses with it, but at the same time I was always thinking about how am I going to write about this place? And so I’d have words and phrases and sentences and adjectives going through my head all the time. I was kind of experiencing and interpreting and trying to frame sentences and paragraphs all at the same time. I’d have multiple notebooks and pieces of paper everywhere, so if the words were coming to my head, I just had to write them down straightaway to get them out of my head so I could carry on experiencing. But it did mean most of my time there was filtered through my notebook. Sometimes I did try and just be there without a pen in my hand, just to try and give myself that little bit of time to myself. But when it came to the visitor’s book, the pressure of being a writer and having to put something down in the book was just too much. I managed “wow,” maybe with an explanation mark, I’m not sure, but I was with a poet called Alice Miller, and she didn’t write anything. It was just too much. No, take that away. 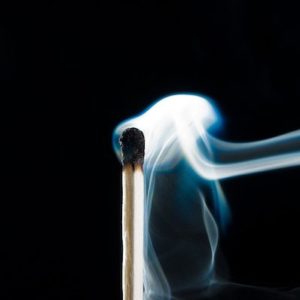 1. This is a drawing by Margaret Curtis. I saw it last June in a gallery in Asheville, North Carolina, where I live. Like...
© LitHub
Back to top