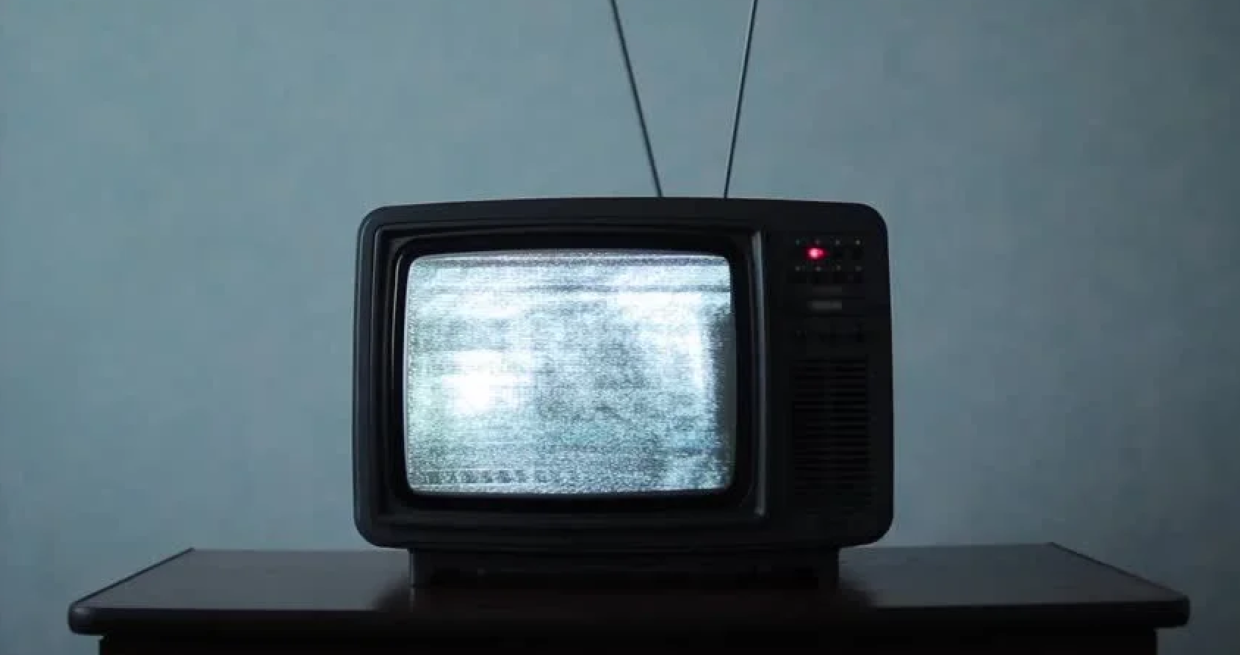 The Painful Cost of the Writing Life

At the time of my first novel’s death, I had written fewer than twenty new pages, best characterized as a project rather than a novel. I was twenty-​nine years old, hardly ancient, but I had been writing fiction since I was sixteen. Thirteen years is either a lot of time to throw away to pursue a new career, or a lot of time to be doing something and not yet know what you’re doing.

I was haunted by the voice of an award-​winning writer in graduate school who described one of my short stories as amiable. “I’d borrow tools from it,” he said, “but I wouldn’t buy it a beer.”

What else was I qualified to do? What else might I enjoy doing one-​tenth as much as writing? These might have been questions to explore with my then ​fiancée, a fellow writer, but even in the halcyon days of our most peaceful coexistence, we rarely spoke about writing, let alone our personal failures. When Meredith finally read my novel—​I had asked her to proofread the final revision before sending it to Bill—​it was the first time she had read my work since we were graduate students. She liked it, thought it was good, was convinced it would sell, but her compliments could have been influenced by the praise of a respected literary agent. Bill’s endorsement, I knew, had given me the courage to let her read it.

In the week following my novel’s failure, Meredith and I might have bonded over the fragile emotions that make a creative life so difficult. Instead, we turned on the television, landing on a rerun of Inside the Actors Studio, Dustin Hoffman being fawned over by James Lipton. The two-​time Academy Award winner, who had kept me company throughout college on my Rain Man poster, described the early days of his acting career, watching peers find success in film roles while he waited for his big break. He continued to perform at the Pasadena Playhouse, and it was there, he said, that he realized if this was all the success he ever achieved, he would still be happy. He loved acting; it didn’t matter where he did it.

At the time of my first novel’s death, I had written fewer than twenty new pages, best characterized as a project rather than a novel.

“Are we ever going to talk about . . .” Meredith finally said one night before bed. Her serious tone made it easy to finish her thought.

“What is there to talk about?” I said.

“Everything,” Meredith said after a protracted pause.

She said I had not attempted to make a life for myself in Nashville, and she wasn’t wrong. Because I had supported us while she took editing classes in Seattle, my wife was giving me the spring semester to finish my new novel. It was my best chance at a job more gainful than adjuncting, which paid even less in Tennessee than in North Carolina. Why shouldn’t I put all my energy into writing?

On top of that, there was next to nothing within walking distance of our apartment complex. The sidewalk in front of it ended in a strip mall on one side and a residential road on the other. Besides retrieving our mail from the bank of metal boxes and working out in our complex’s tiny fitness center, I left the apartment only to run the weekly grocery gauntlet with Meredith. Where else was there to go?

“You haven’t made any effort to take the bus,” she said.

“Where am I supposed to take it?”

“You could meet me at my office. We could do something after work.”

Writing while Meredith was in the room, while she was watching House Hunters or What Not to Wear, made me feel like I was doing something, getting somewhere, when most of the time I felt nothing but trapped.

My wife stared at the muted TV. When we met, Meredith didn’t have a working television. Now she planned her evenings around more than half a dozen shows, diligently programming the VCR whenever she wasn’t going to be home. We had an office, but I had ceded it to Meredith, situating my desktop in the living room, adjacent to the TV stand. Whenever one of her shows came on that I wasn’t interested in, which was most of them, I used the evening to work on the novel. From time to time, Meredith offered to move to the bedroom, where we had a second TV, but I always refused the offer. Writing while Meredith was in the room, while she was watching House Hunters or What Not to Wear, made me feel like I was doing something, getting somewhere, when most of the time I felt nothing but trapped.

Checking out books on tape was next to impossible in Tennessee. The state library for the blind and physically handicapped, understaffed and underfunded, rarely had my selections, although they were listed as available in the online catalog. Often they forwarded my requests to neighboring states. Books took months to arrive, when they arrived at all.

I was more isolated in Nashville than I had been in Morgantown without friends. At least here I could blame my loneliness on someone other than myself. Whenever I asked Meredith for help finding the closest hair salon, or if the traffic light near our apartment had a turn signal, she became so frustrated we fell into a tense silence lasting several hours.

“Have you ever considered getting a cane?” she asked me when I expressed safety concerns about crossing the highway to the closest bus stop.

I laughed at the suggestion. “What would that do?”

“For one thing, it would let drivers know you have trouble seeing. They would be more careful when you’re crossing a street.”

I was more isolated in Nashville than I had been in Morgantown without friends. At least here I could blame my loneliness on someone other than myself.

“As opposed to the fully sighted people crossing streets they just plow into?”

Meredith sighed. She didn’t know how justifiable her safety concerns were. I had never told her—​I had never told anyone—​about the times I had almost been hit by a car. If I had, I might have heard worry in my wife’s voice rather than scorn.

“Why is it so important to you that I announce to people what I can’t see?”

“Why is it so important to you that people don’t know?”

“Maybe because every time I acknowledge to you what I can’t see or do, your reaction is exhaustion. Every time I make a mistake, you apologize for me like I’m a dog who wet the floor.”

I wasn’t the only one who made mistakes. The day before our wedding, applying for our license in the Asheville courthouse, I had nothing in my wallet showing my Social Security number. A last-​minute fax of a life insurance policy saved the day, but this would be the plot of our how-​we-​almost-​couldn’t-​get-​married story. Yet Meredith was the one who arrived at the courthouse seven minutes prior to closing time, having forgotten she would lose an hour in East Tennessee when the time zone changed.

My inability to correct my mistakes, to become a man for whom his wife didn’t apologize, made it hard to acknowledge what I could fix, or try to. It also made it hard to remember why we had gotten married.

Meredith’s mistakes were the kind we forgot. Mine were incorrigible. I was incorrigible. And my inability to correct my mistakes, to become a man for whom his wife didn’t apologize, made it hard to acknowledge what I could fix, or try to. It also made it hard to remember why we had gotten married.

Meredith composed herself. “How would we go on a trip together? To another country?”

Her use of would rather than will hurt worse than the question.

“How would you read signs in an airport or a train station?”

“If you were with me, why wouldn’t you read them?”

“I don’t want to be the one who always has to do that. Constantly. For the rest of my life.”

“You knew I couldn’t read signs when we first got together.”

Light from the TV flashed on the floor. It seemed so loud even with the sound off.

Meredith bowed her head. “Your world is so small,” she said.

My world didn’t feel small. To me, it was enormous, a gigantic mystery I would never solve.

“I’m never going to be able to read signs,” I said. “If that’s what you need me to do, that would probably fall into the category of an irreconcilable difference.”

More silence, more tears. From both of us.

Praying itself is an act of faith, I read somewhere.

“Do you know that quotation from Chekhov?” Meredith asked.

“He said, ‘Any idiot can get through a crisis. It’s the day-​to-​day living that wears you down.’ ”

“Is this the crisis or the day-​to-​day living?”

One morning after Meredith left for work, I got down one of my unpacked boxes from the shelf of my closet. At the bottom, beside extension cords and my old microcassette recorder, sat the small white box. Its contents remained sealed in plastic. The pills were bound in packets of ten, each sheet holding a dozen pills. I transferred a few sheets to my nightstand, tucking them beneath my dress socks and handkerchiefs, and returned the boxes to my closet.

A few times after my trip to Tokyo, the doctor we had seen sent us another year’s supply of the experimental drug we had gone there to obtain, free of charge. Because the medicine had done nothing to improve my vision, I eventually stopped taking them. These particular pills might have been a decade old.

If faith is the dogged belief in that which cannot be known or seen, I wasn’t sure how much faith I had in my marriage, my novel, or the God to whom I’d prayed when I was a child and to whom I found myself praying again as I poured a glass of water.

Praying itself is an act of faith, I read somewhere. So, too, is the act of writing, and falling asleep in the same bed with someone who doesn’t seem to like you anymore, and swallowing two little pills that hadn’t done what you hoped they would do when you’d first carried them to a water fountain in a Japanese hospital fourteen years ago. 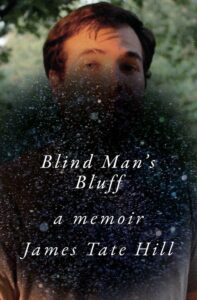 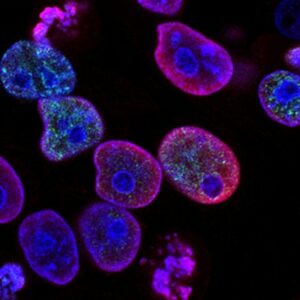 The surgeon says he needs eyes and this next MRI, a prostate­ specific membrane antigen (PSMA) test provides that sight,...
© LitHub
Back to top
Loading Comments...