The Other Name: Septology I-II 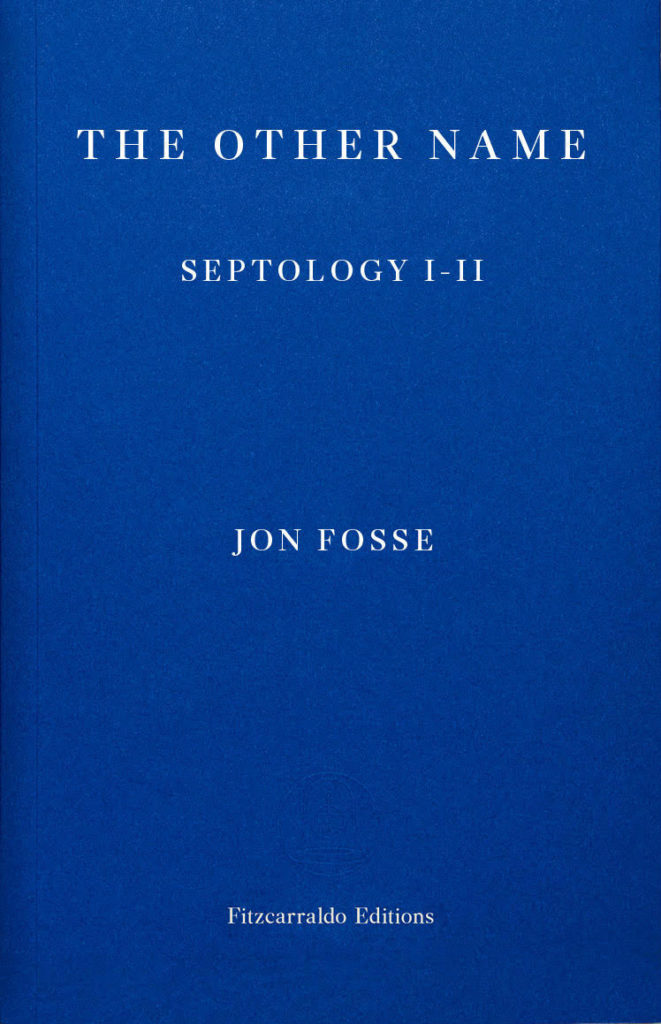 The following is excerpted from Jon Fosse's novel, translated by Damion Searls, published by Fitzcarraldo Editions. Jon Fosse was born in 1959 on the west coast of Norway and is the recipient of countless prestigious prizes, both in his native Norway and abroad. Since his 1983 fiction debut, Raudt, svart [Red, Black], Fosse has written prose, poetry, essays, short stories, children’s books, and over 40 plays. Damion Searls is a translator from German, Norwegian, French, and Dutch and a writer in English.

I want to take a little look at the picture I’m working on, the one with the two lines that cross in the middle, and I think that maybe I should shut the curtains, I usually do, but now it’s so dark out that I can look at the picture in the dark just fine without closing the curtains like I usually do, maybe it’s a strange habit, always wanting to look at my paintings in the dark, yes, I can even paint in the dark, because something happens to a picture in the dark, yes, the colors disappear in a way but in another way they become clearer, the shining darkness that I’m always trying to paint is visible in the darkness, yes, the darker it is the clearer whatever invisibly shines in a picture is, and it can shine from so many kinds of color but it’s usually from the dark colors, yes, especially from black, I think and I think that when I went to The Art School they said you should never paint with black because it’s not a color, they said, but black, yes, how could I ever have painted my pictures without black? no, I don’t understand it, because it’s in the darkness that God lives, yes, God is darkness, and that darkness, God’s darkness, yes, that nothingness, yes, it shines, yes, it’s from God’s darkness that the light comes, the invisible light, I think and I think that this is all just something I’ve thought up, yes, obviously, I think and I think that at the same time this light is like a fog, because a fog can shine too, yes, if it’s a good picture then there’s something like a shining darkness or a shining fog either in it, in the picture, or coming from the picture, yes, that’s what it’s like, I think, and without this light, yes, then it’s a bad picture, but actually there’s no light you can see, maybe, or is it that only I can see it, no one else can? or maybe some other people can too? but most other people don’t see it, or even if they do sort of see it it’s without knowing it, yes, I’m completely sure about that, they see it but they don’t realize that it’s a shining darkness they’re seeing and they think that it’s something else, that’s how it is, and even though I don’t understand why it’s at night, in the darkness, that God shows himself, yes well maybe it’s not so strange, not when you think about it, but there are people who see God better in the daylight, in flowers and trees, in clouds, in wind and rain, yes, in animals, in birds, in insects, in ants, in mice, in rats, in everything that exists, in everything that is, yes, there’s something of God in everything, that’s how they think, yes, they think God is the reason why anything exists at all, and that’s true, yes, there are skies so beautiful that no painter can match them, and clouds, yes, in their endless movements, always the same and always different, and the sun and the moon and the stars, yes, but there are also corpses, decay, stenches, things that are withered and rotten and foul, and everything visible is just visible, whether it’s good or bad, whether it’s beautiful or ugly, but whatever is worth anything, what shines, the shining darkness, yes, is the invisible in the visible, whether it’s in the most beautiful clouds in the sky or in what dies and rots, because the invisible is present in both what dies and what doesn’t die, the invisible is present in both what rots and what doesn’t rot, yes, the world is both good and evil, beautiful and ugly, but in everything, yes, even in the worst evil, there is also the opposite, goodness, love, yes, God is invisibly present there too, because God does not exist, He is, and God is in everything that exists, not like something that exists but as something that exists, that has being, they say, I think, even if good and evil, beauty and ugliness are in conflict, the good is always there and the evil is just trying to be there, sort of, I think and I can’t think clearly and I understand so little and these thoughts don’t go anywhere, I think and I look at Bragi and I see life shining in his eyes and I think I understand so little while it’s like these dog eyes looking at me understand everything, but they will rot too, will pass away, the same as all human eyes, they’ll rot, they’ll pass away, or else flames will consume them, once it would have been on a bonfire and now it’s in an oven, for an hour or two or however long it takes now in an oven and then the whole visible human being, the body, is gone, but the invisible human being is still there, because that is never born and so it can never die . . .

On the Activism of Marlon Brando, Before the Fame 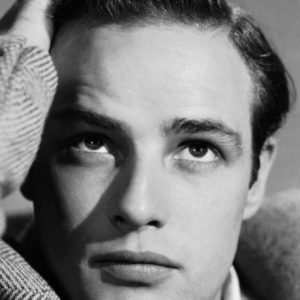 On the Activism of Marlon Brando, Before the Fame At the Park Savoy Hotel on West 58th Street, the pay phone in the first-floor hallway was jangling. When someone picked it up, they...
© LitHub
Back to top