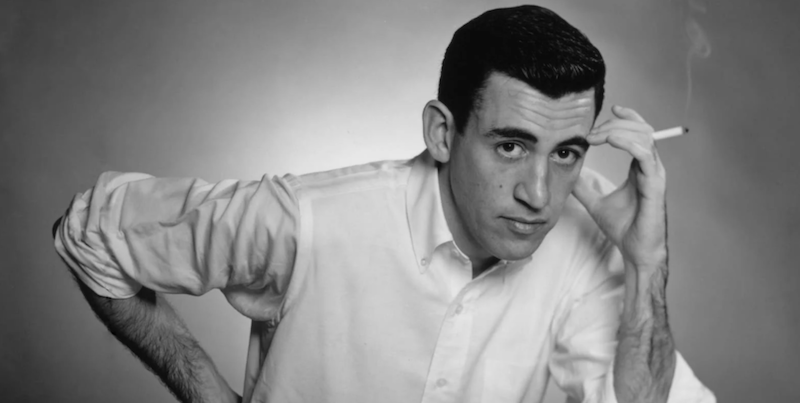 The only known recording of J.D. Salinger’s voice will be cremated with the woman who stole it.

Apparently, there is only one known recording of J.D. Salinger’s voice. Also apparently, the woman who recorded it never plans to release it. In fact, the 30-year-old recording will die with her—when she has it cremated along with her body.

Why? Guilt, apparently. Betty Eppes, previously a reporter for the Baton Rouge Advocate, told Bloomberg that she secured the recording under false pretenses. Eppes wanted an interview with Salinger, but knew Salinger was famously reclusive; so in a letter to Salinger, she described herself as a novelist, “tall with green eyes and red-gold hair,” who found writing very hard and wanted to talk to him. Unbeknownst to him, when they met up, she had a tape recorder hidden in her sleeve.

Eppes successfully recorded 27 minutes of conversation before Salinger grew irritated and left, saying he wanted to be left to his privacy. Eppes’s account of the interaction and excerpts of the interview were published in The Paris Review (and it’s a great read, featuring Eppes’ funny, irreverent thoughts on her Tab-drinking habit, premonitions, and Salinger’s hair), but Eppes put the tape itself in a safety deposit box and no one has ever heard it.

Eppes has had many requests from potential buyers over the years, but has refused out of guilt. “In the years after I did that, I came to regret it, terribly, terribly,” she told Bloomberg. “Sometimes, I wake up in the middle of the night and I think, ‘I stole that. I stole his voice.’ You know that’s like stealing somebody’s soul, right? That tape is not mine to give or sell.” Don’t steal somebody’s soul: just mingle the only recording of their voice with your own ashes for eternity. Sounds about right.