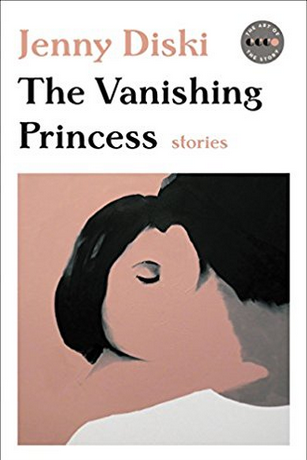 The following is from Jenny Diski’s collection, The Vanishing Princess. The only story collection from the beloved Jenny Diski—darkly funny, subversive, sexy, and eccentric tales from one of the most original and intelligent voices of our time. Jenny Diski was the author of ten novels, five books of travel and memoir, two volumes of essays, and a collection of short stories. Her journalism appeared in the London Review of Books, among other publications. She died in 2016.

Long ago the old princess had stopped the clocks in her tower. First, in the early hours of one sleepless dawn, the one in her room at the top of the winding stairs, and then, some years later, when she realised the door was no longer secured (had it ever been?), the big chiming clock down on the lowest landing. What was the point of saving herself from having to hear the seconds tick-tocking away in her room, like raindrops on a window, or tears down a cheek, if every hour, on the hour, the chimes downstairs rang out?

Once both clocks had been stilled, the passage of time was marked only in large, slow movements of the seasons; though she had noticed lately how rapidly even the seasons had taken to coming around. She would look out of her turret window and think, “Is it spring already?” as the greening trees in the forest surrounding the tower told her it was. And then, hardly a few days later, it seemed, she would wonder that winter and its stark, frozen branches had arrived so soon and unexpectedly. When spring came round again, the greenness was renewed, but her heart no longer leapt with ancient relief at the coming alive of the world so reliably once more.

She had been waiting, after all, for a very long time; for as long as she could remember, and possibly longer than that. So long, in fact, that she had almost forgotten what it was she was waiting for.

In many ways, she had been fortunate. Her keepers, whom she never saw, provided food which appeared through a small flap of the great oak door of her tower room at regular intervals, as did clean laundry, washing equipment and towels. She lacked for nothing to keep herself clean and healthy. In addition, every week, for as far back as memory went, a parcel of books appeared through the flap, which she would read and then (after she’d read a book on the history of library catalogues) arrange alphabetically by author or subject, depending on whether they were fiction or nonfiction, on the shelves covering the walls of her room.

Once, on her tenth birthday, a kitten arrived, mewling through the flap with a label round its neck saying: Happy Eleventh Birthday. That week, the parcel of books included one about what happens to the bodies of young girls at puberty, so she wasn’t altogether surprised when her first period arrived. Neither, it seemed, were her keepers, who from then on provided sanitary towels once a month with the clean laundry. Some pages had been torn out of the book, and what she read failed to explain why the changes were occurring, only that it was completely normal. Later, she understood that princesses in waiting had to remain innocent, even if their bodies were obliged to conform to non-regal standards.

She called the kitten Dinah after a cat in a book she had read. It came and curled up, purring, on her lap and she enjoyed its company. After that, cat food arrived along with her own through the flap. Nothing else came, but she seemed to have everything she needed while she waited. The princess knew she was waiting because she had read in her books, which were a motley but comprehensive selection, about princesses in towers, and knew that waiting was what they did. I’m a princess in waiting, she told herself, stroking Dinah thoughtfully.

For a long time she was perfectly content. But once her sixteenth birthday had passed, a certain restlessness came over her. She had been half expecting something to happen. One morning, she supposed, she would find the door to her room open and during her investigation of the castle she would discover a turret room with an old woman in it, spinning cloth. But her door never opened, and no sharp instrument appeared on which she might prick her finger and thus set the wheels of her destiny in motion. The princess and Dinah grew into young woman– and cat-hood quite undisturbed by the world outside. When the restlessness came over her, the princess would confide to Dinah with a sigh that she wished something would happen. Dinah would merely purr her contentment back to her mistress. “It’s all very well for you,” the princess would say tetchily. “You’re not a princess.” She had never read a story of a cat with a destiny (Puss in Boots not having come through the doorflap), but every single story about princesses was, so far as she could see, deeply concerned with the subject of their destiny.

After the eleventh birthday there were no further birthday presents, and eventually the princess lost count of her years, though she noticed changes in herself. Her flesh became rounder, her bones less prominent, as her hips widened and her breasts grew. When she looked at herself in the polished brass plate on the wall, she hardly recognised the little girl she used to see—and in any case, she didn’t have to stand on the wooden stool now. Of course, these changes were gradual, and her self-inspection an almost daily habit, so she was not under the impression that someone quite different had come along and taken her, or the other person’s, place. It was only when her memory took large jumps into the past that she realised that she had been at least two people while waiting in her tower. And then, later still, there were three. The rounded flesh loosened and lost its tone, her bones became, once again, more prominent, her face narrower and more angular. Her bright blonde hair faded to a colour that was more like the dust hanging on to the cobwebs in the corners and her eyes failed to light up the polished brass with their sparkle as once they had.

It was then that she stopped the clock in her room. She found herself waking in the early hours, her lips tingling with the touch of warm alien flesh, only to discover she was alone as usual and the clock was ticking with an insistent loudness in the silence of the night. Dinah continued to purr, though she was older and scrawnier, too. It came upon her that, in spite of all the books telling her about princesses in towers and other waiting areas, and their eventual discovery, she was a princess to whom nothing was going to happen. There had not been a single story about such a princess, and she was wholly unprepared for such a special destiny. It seemed to her extraordinary—in the sense of outrageous—that she should be the exception to such a universal rule among princesses. Why was it that she was different? Why her?

She came across no answer to this question in any of her books, though she took to re-reading the Psychology and Genetic Sciences sections with some attention. Eventually, she had to admit to herself that it was simply the case that she alone among princesses lacked a destiny; and then she discovered that the door to her turret was not locked. She used the revelation to put a stop to the chiming of the big clock on the lower landing, and then returned to her room, where she found her clean laundry waiting for her, just inside the doorflap. For some time now there had been no sanitary towels.

A new idea came to her. What if there were other princesses in other towers, scattered here and there, who also waited in vain? Perhaps the stories had simply omitted to tell about her sort of princess, or, simply by chance, she had never received those stories through the doorflap. There might be many princesses to whom nothing had ever happened, and who simply lived in their towers day by day. Perhaps their towers were too far off the beaten track for destiny to find them; or it might be that destiny was a limited commodity, and while every princess waited, not all of them could be accommodated. There might be hundreds—thousands—like her. Who could tell, there might even be more of her kind of princess than the sort for whom destiny finally arrived. She began to see that the problem was with the books, and felt some resentment at her keepers for having provided her with stories which took only part of the truth into account. There was no reason, of course, to write about princesses such as her: a life of waiting without an end was not the stuff that stories were made of, but it did give an unbalanced view and a possibly unreasonable expectation to those princesses whose destiny failed to turn up. The provision of books, she felt, was a mistake. She left a note with her soiled laundry to explain this to her keepers.

One morning, the princess woke to find that Dinah had died in the night. The cat lay at the foot of the bed, as if asleep, but she wasn’t breathing and took no interest when breakfast came through the doorflap. The princess knew about death: she had read about it. She knew that life had its limit, and that beyond the boundary of old age there was an absence of life. She recognised it immediately in Dinah, whom she stroked for old times’ sake. She would miss her only companion—even though it was similar to the ticking of the clock, she had enjoyed Dinah’s purring; the sense and sound of another living thing in her life. But Dinah had reached the boundary of her existence and would purr no more.

The following morning, the princess was woken by a mew. She thought for a moment it was Dinah, and then when she was more fully awake, that she must have been dreaming of her old companion, because she remembered that Dinah was dead. But there was another mew, and when she lifted herself off the pillow, she saw a kitten standing by the doorflap, demanding that someone pay it attention. The princess picked the little creature up and held it in her arms, where it immediately began to purr. So, she thought, Dinah has died, and now there’s another cat. What a busy life it was.

From The Vanishing Princess. Used with permission of Ecco. Copyright © 2017 by Jenny Diski. 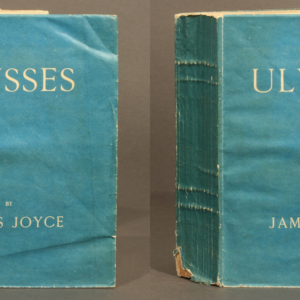 Lit Hub Daily: December 6, 2017 Ursula K. Le Guin: who cares about the Great American Novel? | Literary Hub Is it too late to save the Internet...
© LitHub
Back to top