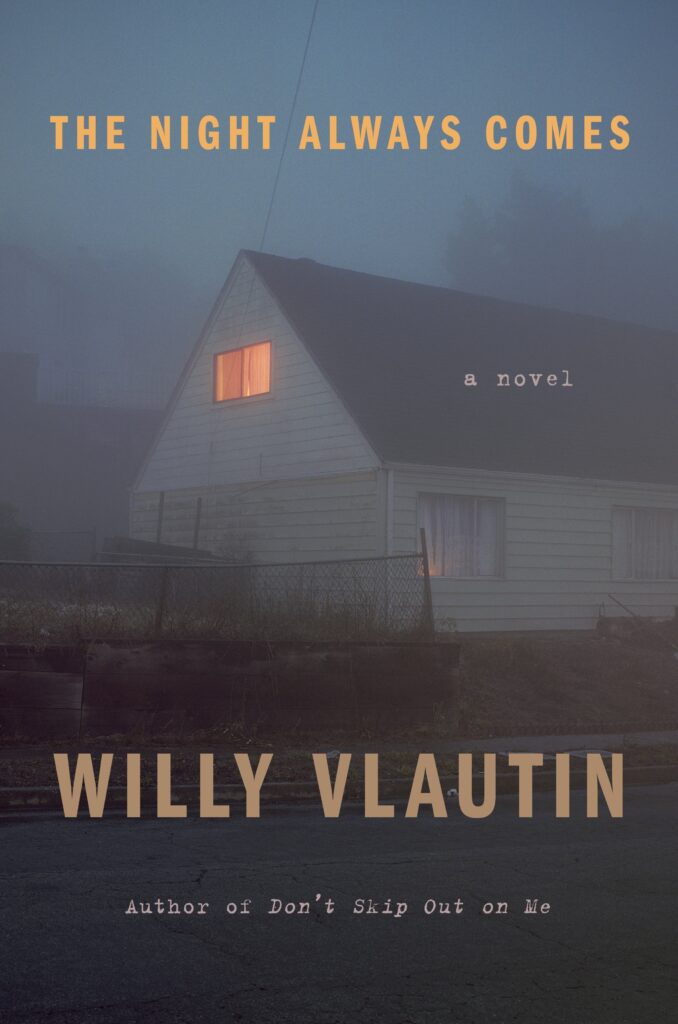 The following is excerpted from Willy Vlautin's latest novel The Night Always Comes, about the impact of trickle-down greed and opportunism of gentrification on ordinary lives. Vlautin is the author of several novels and is the founding member of the bands Richmond Fontaine and The Delines. He lives outside Portland Oregon.

Kenny had his hands around her ankle and began pulling her from the bed. A small lamp on the dresser was the only light in the room and he stood over her in his Superman T-­shirt and pa­jama bottoms. It was winter and a portable radiant heater in the middle of the room gave off little warmth, and his breath came out in small disappearing clouds.

Lynette woke suddenly and looked at the clock on the night­ stand: three a.m. “I get to sleep for fifteen more minutes. So please don’t touch me or say anything until then.” She was thirty years old and got out of bed in ten­-year-­old sweats and wool socks, shut off the light on the dresser, and got back under the covers.

In the darkness his breathing grew louder. “Go back upstairs,” she cried.

He began to whimper.

“Please,” she begged, but he didn’t stop. It only became worse, so she turned on the bedside lamp next to the alarm clock and looked at him. “Jesus, don’t start crying. It’s too early and I’m exhausted and you know I’m mean when I’m exhausted. But even so you come down here every morning when you know you’re not supposed to. Every morning it’s the same thing.”

His face was red and tears ran from his eyes.

“Come on, stop it. I’m too tired for you to cry. You have to let me sleep.” She pulled the sheet, the two blankets, and com­ forter over her head. From underneath she said, “You know the rules. You have to wait until the alarm goes off. That’s the rule.

When the alarm goes off, you can come down. Not before. I’ve told you a million times. Just wait at the top of the stairs. Wait until you hear the alarm. We’ve talked about this over and over. Don’t you remember?”

Her brother shook his head.

“You remember, I can tell just by your breathing.”

Kenny shook his head but began to smile. He grabbed at her leg through the bedding.

She pulled the covers back. “Jesus, alright, okay, you win.

But I’ll only get up if you brush your teeth.” He shook his head.

“Your breath could kill somebody. Even in the cold I can smell it. Put on the clean sweats I set out, brush your teeth, and let me get ready for work. Okay?”

“In five seconds I’m gonna get mad again.” She pointed to the stairs and finally her brother headed for them. She stayed in bed and watched as he walked away. He was thirty­-two years old and gaining more weight each year. His body had become a pear. He was five feet ten inches tall and waddled when he walked. He had thinning brown hair and a growing bald spot on the crown of his head. He had monthly seizures and couldn’t talk but for the sounds that came out almost like words. The doctors said that he had the mind of a three-year-­old. Some­ times that seemed too low and other times too high.

He lumbered up the stairs and she got out of bed.

The foundation of the house was poured in 1922 using faulty concrete. During the winter rains, it leaked in a half­dozen places. Over the years small sections of the concrete wall had grown soft, the cement beginning to crumble. Their first landlord hired a company to patch the foundation, but he had died, and his son, who lived on the coast near Astoria, inherited the house. He hadn’t raised the rent in eleven years with the understanding that they wouldn’t call him for repairs. So they didn’t, and the basement was left to leak.

Across the room from Lynette’s bed was a working washer and dryer, a 1960s oil furnace, a concrete utility sink, and shelves filled with boxes. In high school she had painted her section of the floor dark blue and the walls light blue. She had hung posters. The room now had the same colored floor, but the posters were gone and the walls were white and bare. She had her mother’s two-­decades-­old full­-sized bed, a dresser that had come with the house, two of its legs now bricks, and a six­-foot­ long wooden pole that was nailed to the ceiling where she hung her clothes.

She put on her work pants and a navy blue T­-shirt that read 9th street bakery in yellow-­colored ink. In a backpack she put a change of clothes and her class work and went upstairs to find her mother in the living room asleep on the couch, the TV still on. Lynette shut it off and went to the bathroom. The toilet hadn’t been flushed and used toilet paper was on the floor. She picked it up and flushed it. She cleaned the seat, used it herself, then washed her face and brushed her teeth and hair.

Her brother sat on his bed dressed in matching red Portland Trail Blazers sweatpants and hoodie. His walls were covered in twenty­-year-­old Portland Trail Blazers, Winterhawks, and Bea­vers posters. He slept on a twin bed in the corner of the room, a black, red, and white Trail Blazers comforter covering it. A Superman lamp sat on a dresser. Two Superman night­lights were plugged into the wall sockets.

Kenny smiled but shook his head.

“Don’t play around. We’re gonna be late if you do.” She picked two pairs of sweats up off the floor, smelled them, and then folded them and set them on top of his dresser. She found his red­-and-­black Blazers knit cap and put it on his head. “Don’t take it off. That’s an order. We can’t keep losing hats.”

She looked on the floor for socks, found two, smelled them, and put them on his feet. “Tomorrow we cut your nails.”

“They’re getting gross. Let me see what you put in your back­ pack?”

He wrapped his arms around it. “Come on, Kenny.”

“Alright, then, suit yourself. Let’s just get our shoes and go.”

She grabbed his hand and they walked out to the main room to see the TV on again.

Their mother looked at them from the couch. She was cov­ered in a leopard­-print electric blanket. “I always forget how early you get up.” She reached to the coffee table, found her cig­arettes and a lighter, and lit one as she lay on her back. “What time are you bringing him home?”

“I get out of class at two. I’ll be here by two fifteen and then I have my shift at three thirty. I called Sally, but she can’t watch him. I figure I’ll lock him in his room with a movie. He’ll be alone for just over two hours if you come home right after you get off.”

Their mother coughed. “I might not go to work today.” “You sick?”

She nodded and a trail of smoke left her mouth. “Then you keep him.”

Their mother slowly shook her head. “Nah I’m just wish­ing. I have to go in.” She put the cigarette in an ashtray, sat up, and said, “Come here, Superman.” She patted the couch and Kenny went to her. “Be a good boy today. Do what your sister says.” She kissed him on the forehead and then lay back down.

Lynette locked the front door and, on the porch, zipped up her and Kenny’s coats. The old house behind them was shingled with gray asbestos siding and the single­-paned windows were original and painted white. It was a thousand square feet and across the road was a concrete wall blocking the sight and some of the traffic noise from Interstate 5.

It was January and raining and forty-­one degrees when Ly­nette and her brother walked across the lawn to her red 1992 Nissan Sentra. She opened the passenger­-side door and Kenny got in. She put on his seat belt and walked around to the driv­er’s side. The car started on the second try. The heater hadn’t worked in a year and their breath fogged the windows inside the car. She drove with one hand on the wheel and the other holding a rag she used to wipe the condensation and steam from the windshield.

“There’s a red car passing us,” Lynette said half­heartedly to her brother. “Do you see it?”

Kenny smiled and pointed at it.

She put her hand on his arm and squeezed. “Maybe seeing your favorite colored car so early means we’ll have a lucky day.” They crossed the Fremont Bridge in the still black of night and the radio played and the rain fell. Kenny looked out the win­ dow at the blurred lights of Portland and Lynette leaned into the driver’s­ side door and sighed.

Here are 6 books Tom Waits should read that aren’t Kerouac or Bukowski.

The Autobiography of an Ex-Colored Man by James Weldon Johnson, Read by David Sadzin 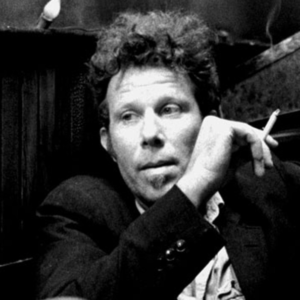 Here are 6 books Tom Waits should read that aren’t Kerouac or Bukowski. I’ve always been a fan of Tom Waits. But I was a huge fan of Tom Waits in my late teens and early twenties when his whiskey-soaked...
© LitHub
Back to top