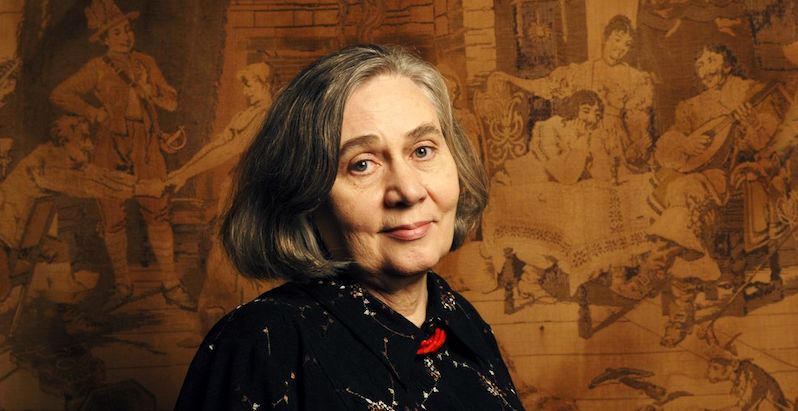 The next novel in Marilynne Robinson’s Gilead saga could be one of the most important books of 2020.

When I read Marilynne Robinson’s novel Gilead (2004) for the first time a couple of years ago, I felt grateful to have found a book that eschewed cynicism in favor of earnestness and sincerity. Graduate school was on my mind at the time. I was reading so much theoretical writing that I feared I was losing the ability to read a story and appreciate it on its own terms, without overanalyzing.

Immediately, the story of John Ames, a dying Congregationalist minister in the fictional town of Gilead, Iowa, assured me that my worries were unfounded. Through Ames, Robinson explored matters of faith, forgiveness, jealousy, parenthood, and familial inheritance. Ames contemplated his impending death while reflecting on the books and thinkers he admired, admiring the plain beauty of laughter, telling us about the love he had for wife, Lila, and offering prayers for their young son, to whom Gilead is addressed.

Last fall, various publications included Gilead in their end-of-decade roundups of the best and most influential books of the 21st century so far. Barack Obama famously kept the book on him while he was campaigning in Iowa. It seems appropriate that the last novel in Robinson’s Gilead quartet (the author followed Gilead with Home in 2008 and Lila in 2014) will be published one month before this year’s presidential elections.

Jack will tell the story I’ve been wanting to hear since the titular character was introduced in Gilead as the troubled son of John Ames’ best friend, Robert Boughton. Jack Boughton was the closest thing Gilead had to an antagonist, a man who returns to his childhood home after many years away to gauge whether the town would be a suitable place to bring his new family.

The catch is that Jack’s common law wife is an African American woman, and this is a conservative Midwestern town in 1956 whose black residents have long since left. John Ames is suspicious of Jack until the end of Gilead, when Jack confesses that he hasn’t told his family about his wife and son. The novel concludes with Jack leaving Gilead once again. The reader can’t be certain what happens to him next.

I’m thinking of Robinson’s decision to tell the story of Jack Boughton’s romance with Della Miles, the black high school teacher who he will one day marry, days after President Donald Trump delivered his third State of the Union address, in which he took credit for improving the economy for African Americans and also gave talk show host Rush Limbaugh, a bigot who has been central to the dissemination of archconservative talking points, the Presidential Medal of Freedom.

It’s remarkable that Jack, a fictional character a few generations removed from the Civil War, seems more genuinely tormented by his country’s racial mores than the current American president. Jack must weigh his romantic allegiance against social pressures at a time when laws banning interracial marriage in various states were commonplace (and would remain until 1967).

I’m looking forward to seeing how Robinson handles the relationship between Jack and Della—a good analogy, perhaps, for the substantial challenges and joys of intercultural “cohabitation” on a national scale. It sounds like some kind of recknoning with a past we have obviously not left behind.