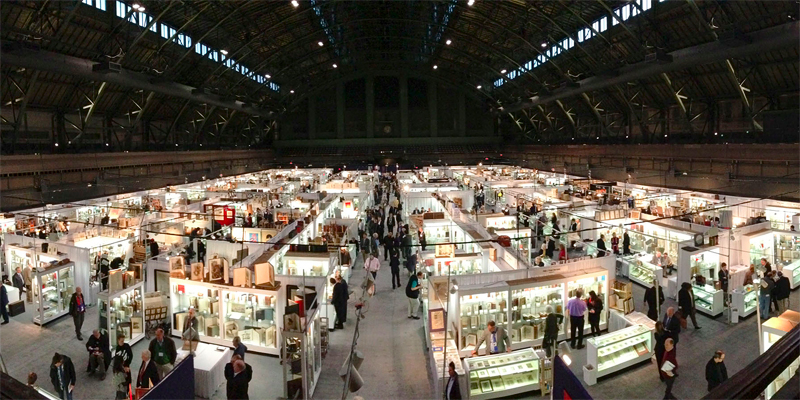 How a Traditional Marketplace is Working Towards Inclusivity

The New York Antiquarian Book Fair just left town after three days of bibliomania in the Park Avenue Armory. The affair is a singular event: more than 200 booksellers from the Antiquarian Booksellers Association of America (ABAA) and the International League of Antiquarian Booksellers (ILAB) ship the very best of their stock to the Armory, set up a mini-museum, and try to go home with empty boxes. This is the Book Fair’s 57th year in New York, and every year the definition of the antiquarian book extends further beyond the print and manuscript codex, the standard fare for the buttoned-up and bow-tied crowd.

Behind the scenes, this was also an important year for women at the Fair as trade associations like the ABAA and ILAB are now developing programs to support them as booksellers and collectors. There is a long tradition of brilliant women booksellers, bookmakers, and book collectors, and today Lisa Unger Baskin is one of the best known among them.

Forty-five years ago, Baskin started collecting scholarly and artistic works by and about women to “show that women have always been working, productive members of society.” I met Lisa this January when she was honored with an Individual Laureate from the American Printing History Association, and found her with her friend Lisa Holley at James E. Arsenault and Company on Sunday afternoon. Baskin first started collecting without much money, but her husband (the late sculptor and collector Leonard Baskin) was supportive, and she started selling books to support both her habit and her family. Nearly a half-century later, her collection is at the Sallie Bingham Center at Duke University’s Rubenstein Library where a growing number of academics are making inroads into the long and diverse history of women’s work in the books she gathered, and gathers still.

Some of the most learned dealers specializing in truly antiquarian books are women. Deborah Coltham,  Amanda Hall, Susanne Schulz Falster, and Nina Musinsky offer handpress printed books and manuscripts in European languages in the history of science, medicine, art, commerce, literature, history, and ideas. At this year’s fair, Musinky had (among other things) Adéle Racah’s Course abrégé de Sphère et de Géographie (1848), a homemade notebook with a carefully written and beautifully illustrated text on astronomy for $6,500. 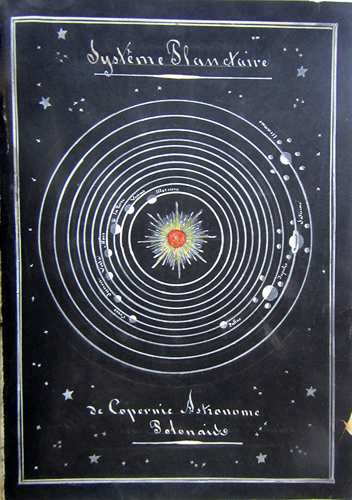 R. Crumb’s handmade mock-up for The Yum Yum Book was offered for the same price by Biblioctopus, a California book shop run by Mark Himes and his children, Jen and Alex. I’m really mixing apples and oranges here, but I think it’s a good sign that a homemade book of an iconic male comic artist first beloved by Haight-Ashbury hippies is considered equal in value to a beautifully executed and exquisitely preserved study of astronomy by an unknown young woman in the 19th century. It shows that the trade can accommodate collectors with different tastes—books, pamphlets, and ephemera that document counter-cultural movements, marginalized people and cultures, and radical politics are a growing market. I admit it can be depressing to see items I want priced way beyond reach, but I am nevertheless delighted to see a historically traditional marketplace value the work of women, LGBT/Q, and non-white, non-Western people. It hasn’t always been this way.

Susan Benne has been the ABAA Executive Director for 13 years, and during her tenure the Association has addressed some of the problems of doing business while female. Overt sexual harassment happens in the book trade in ways that are comparable to a university setting, but these well-educated people don’t write books to make a living—they sell them, and as such there can be a little bit of a luxury car dealer vibe. Women booksellers and collectors occasionally swap the usual stories, sharing strategies for repositioning oneself in an uncomfortable situation.

Finding oneself ignored by male and female dealers alike despite the fact that one’s money is as green and as plentiful as any mature white gentleman’s is another common and frustrating experience. Dealers can unconsciously assume that their best clients are well dressed white men of a certain age. They hunt for books with pictures of these clients in mind and offer them first refusal, leaving other collectors (and their collections, which, like Baskin’s, can wind up in university libraries) in the dust. Overt sexual harassment and a preference for male clientele are not the rule in the trade because most dealers and collectors are conscientious and respectful, but it happens often enough that most women have stories.

Four years ago, Benne addressed the issue with the Association’s President, who determined that no changes were necessary because the first clause in the existing Code of Ethics and Standards stated that “Association members are expected to use common sense and courtesy in dealing with each other and the general public.” In 2015 Benne tried again, and Board Member Lorne Bair successfully lobbied the group to take it on. Member booksellers held what sounds like a very civilized internal debate via email and eventually voted to publish a new Code of Conduct, committing the ABAA to promoting “a harassment-free environment for everyone, regardless of gender, sexual orientation, gender identity, gender expression, disability, physical appearance, ethnicity, religion or other group identity.” ILAB, too, has moved to support women in the trade by hosting events for women dealers and collectors at European book fairs.

Of course, publishing a code of ethics will not eliminate discrimination and harassment from the antiquarian book trade, or make it more diverse, overnight. The ABAA’s Code of Conduct and the discussion that created will help to make more booksellers aware of how they treat their staff and their customers. The book world is predominantly white and Western, and professional organizations like the ABAA, the American Library Association, and educational institutions like the Colorado Antiquarian Book Seminar and Rare Book School are working to address this through committees and with scholarships for people of other races, ethnicities, abilities, creeds, gender identities, and sexual orientations. The verdict’s still out on success, but the effort is visible.

Saturday night at the Book Fair ended with something new this year: a gathering for women booksellers and collectors organized by Susan Benne, Rebecca Romney and Heather O’Donnell of Honey & Wax Booksellers, Claudia Strauss-Schulson of Schulson Autographs, and Kim Schwenk of Lux Mentis. By my count about 75 women packed the dealers lounge. Even though most of them have been attending the same book fairs for a decade or more, many of the women had never met, always too busy working their booths to schmooze. The reception gave them a chance to get together and relax after a long day on the floor. They talked books, business, and exchanged cards. They found new clients in one another, because booksellers buy for other dealers as much as they do for collectors. These women are small business owners, and they are serious about their work. As Helen Kelly of the Boston Book Company told me, a bookseller’s life is wonderful if you work hard. Last weekend in New York, there were a whole lot of women and a whole lot of books showing exactly what that looks like.

Erin Schreiner is a bibliographer in New York City. Since 2008 she has worked with private and institutional collectors to describe, arrange, exhibit, and teach with their collections.
http://erinschreinerbibliographer.com 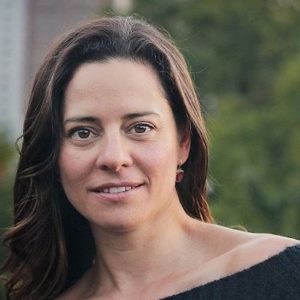 Ariel Levy is a journalist, author, and staff writer at The New Yorker who has written long stories about South African Olympian...
© LitHub
Back to top
Loading Comments...